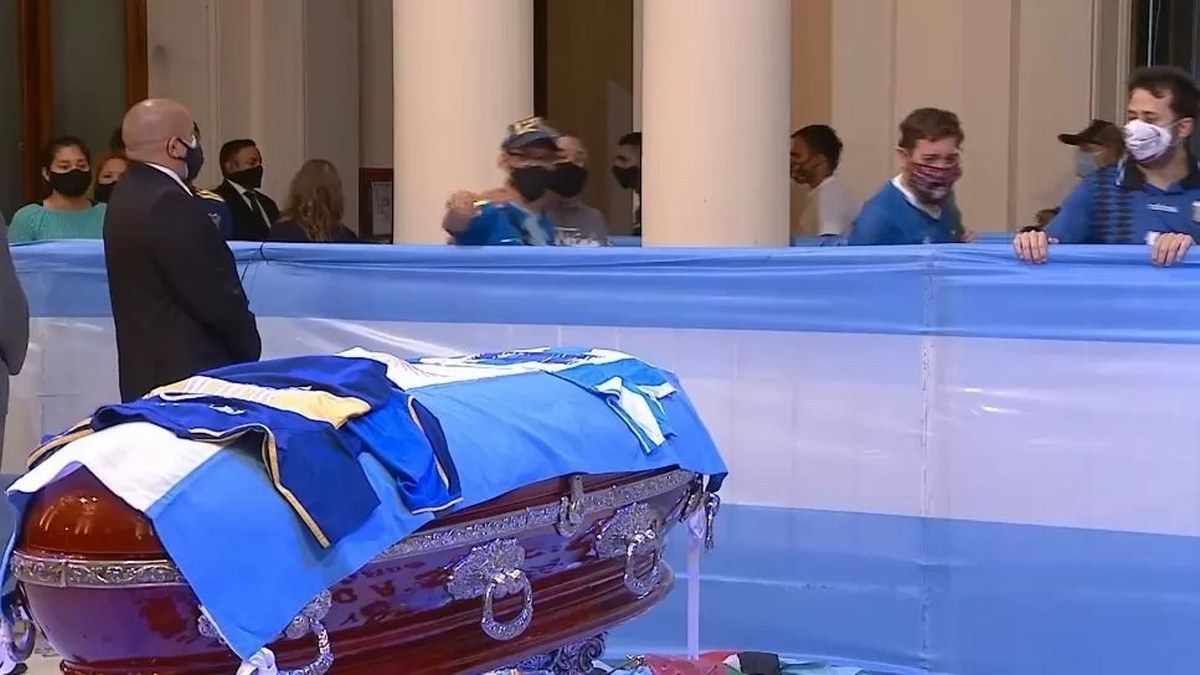 Thousands of people say goodbye to Diego Armando Maradona this Thursday in long lines and amid excesses of some fans impatient to enter the Government Palace, where the body of the greatest Argentine soccer idol is watched.

Several fans confronted the police in the vicinity of the Casa Rosada, located in the historic Plaza de Mayo , in the center of Buenos Aires, and threw down the fences installed to control the flow of people.

Finally, the agents were able to contain the overflows and ordered the lines of those who were entering the official compound.

Inside, in a main hall and behind a long parapet behind which people paraded, was the closed coffin with the remains of the former captain of the 1986 World Cup champion team , covered by an Argentine flag and dozens of T-shirts from different football clubs thrown by visitors.

The retired player died on the eve of a cardiac arrest in the house on the outskirts of Buenos Aires where he had been confined to recover from a cranial edema operation on November 3.

Those who marched in front of the wooden coffin blew kisses in the air, beat their chests with their fists and shouted “Let’s go Diego. Others wept inconsolably.

The fans of the exastro, who in recent times served as coach of the Argentine club Gimnasia y Esgrima de La Plata , wore face masks due to the coronavirus pandemic.

The wake began at dawn with an intimate ceremony for family and friends, before allowing public access.

Many fans spent the night in the Plaza de Mayo waiting for the moment to enter.

The autopsy on Maradona’s body determined that the cause of death was “acute heart failure in a patient with dilated cardiomyopathy, chronic congestive heart failure that generated acute lung edema.”

Maradona underwent surgery for edema after being admitted to another clinic for a decompensation caused by the intake of psychotropic drugs and alcoholic beverages.

That last health problem in his hectic life was the focus of permanent attention in Argentina and other parts of the world.

The former Barcelona, ​​Napoli and Boca Juniors player suffered different problems throughout his life derived in large part from his addiction to drugs, especially cocaine. After his retirement, he was on the brink of death in 2000 and 2004.