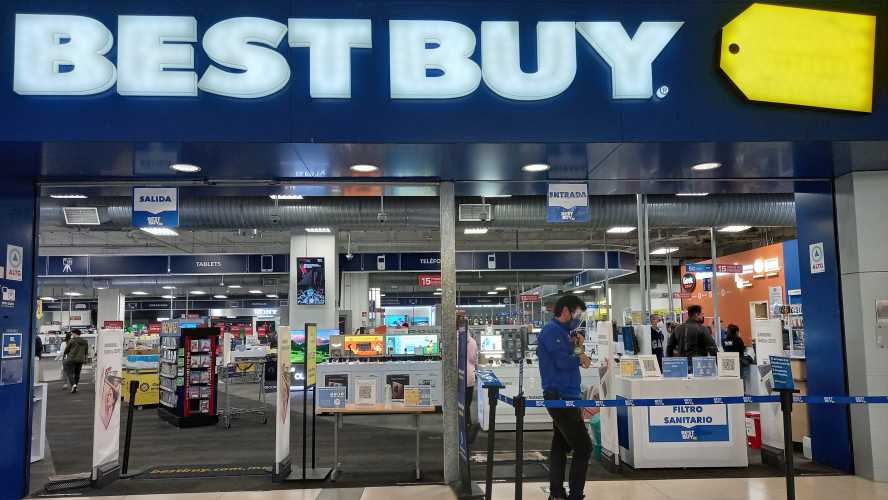 With an approximate influx of 30 to 50 people every half hour in the afternoon this Tuesday, the Best Buy store located at the Patio Universidad facilities in Mexico City remains in operation. In that period, 17 people left that store with a purchase or with the exchange of a product.

The allowed capacity is 150 people, and in a row of healthy distance they are allowed access with face masks; Previously, their temperature is taken and antibacterial gel is given.

After the nuncio of the company of its withdrawal from the Mexican market on December 31, 2020, in the aisles of the store you can see products and discounts of no more than two thousand pesos, while in the outlet area they reach have discounts of up to 5,300 pesos, as in the case of a Samsung washing machine.

“Yes there are things in liquidation, but they are things that were already in liquidation, an employee told me, because new things have arrived for that product, not because of the closure, we do not know when or what they will put into liquidation,” said a staff member from the Buenavista branch.

Consumers walk the aisles observing discounts without any specific area. Of seven with whom El Financiero spoke , at the Patio Universidad branch, five were not aware that the chain will leave Mexico by the end of the year.

“It’s a shame, right now we just stop by, we come later for very specific things. Today we saw a toaster with a good discount, but it is not the time to spend,” said consumer José Manuel.

A couple of employees from the Patio Universidad branch commented that they were not allowed to speak and that they do not know more than what the company already reported on its Internet portal.

Similarly, without being able to speak and in the uncertainty, employees of the Buenavista branch speculate that another company may absorb them. They tell buyers they don’t know when they will have the products on sale. They only comment that products such as Blu Rays were sold out on the Good End both in the physical store and online.

Regarding the contracting of an equipment protection insurance plan with Best Buy, employees explained that the insurer will continue to operate until the current contracts are completed, which are managed with the company AIG Garanplus, which also provides the service to Amazon Mexico .