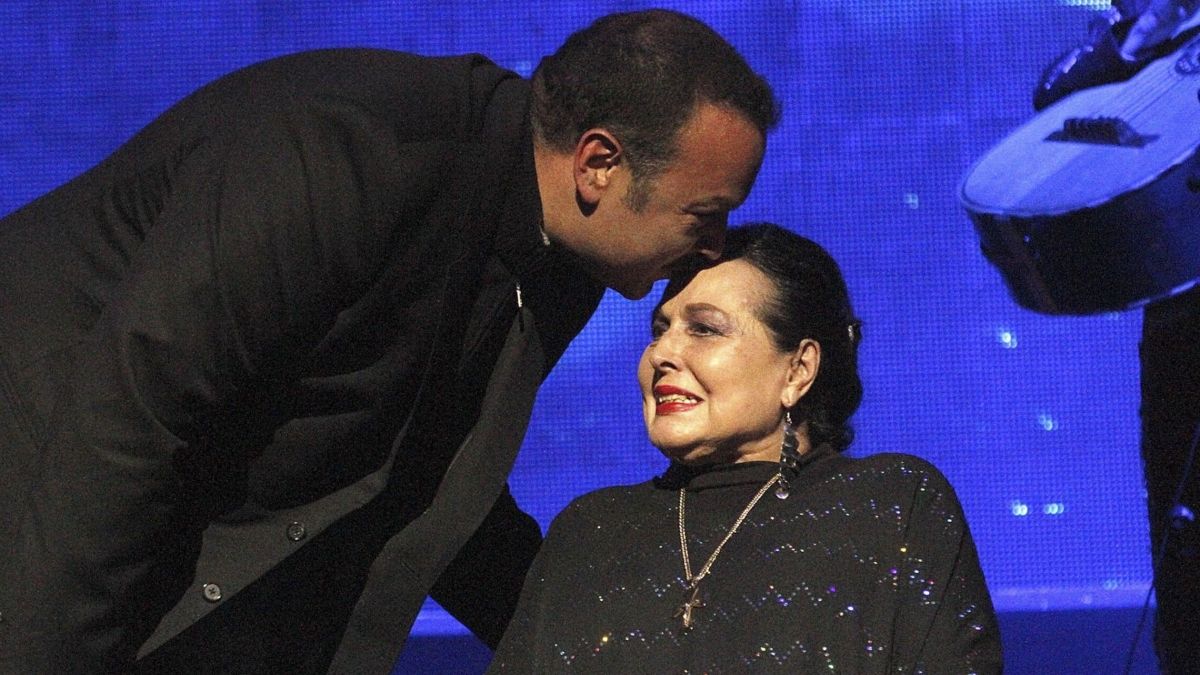 Flor Silvestre, star of the films Long live the soldadera! , Primero soy mexicano and Ames (the big man ) and interpreter of Mexican songs like Red Sky, impossible to forget , poor heart and Guadalajara , died Wednesday. The matriarch of a family of great artists was 90 years old.

The National Association of Actors of Mexico reported the death through its Twitter account and sent its condolences to his children, the musicians Antonio Aguilar, Pepe Aguilar, Dalia Inés Nieto Jiménez and Marcela Rubiales.

Flor Silvestre became one of the most popular Mexican singers and actresses of the mid-20th century. He made his film debut in Primero soy Mexicano (1950), a film written and directed by Joaquín Pardavé (who also acted in it), and also appeared in El bolero de Raquel with Cantinflas, Pueblo en armas and La cucaracha , in which shared credits with María Félix.

His most prominent role was in the 1961 film Ánimas Trujano (The Important Man) by Ismael Rodríguez, about a gambler and partier in a Mexican town, which was nominated for an Oscar for best foreign language film.

In the 1960s and 1970s, he acted in films with the theme of the Mexican Revolution such as ¡Viva la soldadera !, Lauro Puñales and Benjamín Argumedo el rebelde. He came to add more than 70 credits in his film career. His last film was Sad Memory of 1991.

His musical successes include Red Sky , Impossible to forget you, Poor heart, May God forgive you and Guadalajara . In total he recorded more than 150 albums.

In an interview with The Associated Press in 2015 about the premiere of the documentary about his life “His Destiny Was Wanting,” he lamented at the Guadalajara International Film Festival that ranchera music was going through a drought of performers.

“Oh! Mexican music is ending, ranchera music, they no longer say a ranchera song or a Mexican song, now they call it regional Mexican, and that is not true. Well, it will be regional, from the north, from some northern city, but no, it’s Mexican music, it must be Mexican music, “he said.

The artist, whose real name was Guillermina Jiménez Chabolla, was born on August 16, 1930 in Salamanca, Guanajuato. In addition to the stage name by which she was best known (taken from the title of a Dolores del Río film), she also used La Soldadera.

Her parents sang mariachi and she made her debut at the age of 13 at the Teatro del Pueblo. After this he had performances for the radio and won a XEW contest. During a performance at the Colonial Theater, a promoter offered him a contract for a tour with which he arrived in Central and South America. In 1950 he returned to Mexico City, performing at the exclusive El Patio club.

“Emilio Azcárraga, Gregorio Wallerstein, who was the movie czar, went there every day and everyone saw me there, and they all hired me without me asking or anything, everyone called me and called me, and that’s how I started in the XEW, “he said in 2015.

Her younger sisters, Queta Jiménez “La Prieta Linda” and Mari Jiménez, followed in her footsteps in the arts.

His legacy extends to his grandchildren, with some dedicated to music such as Angela, Leonardo and Majo Aguilar.