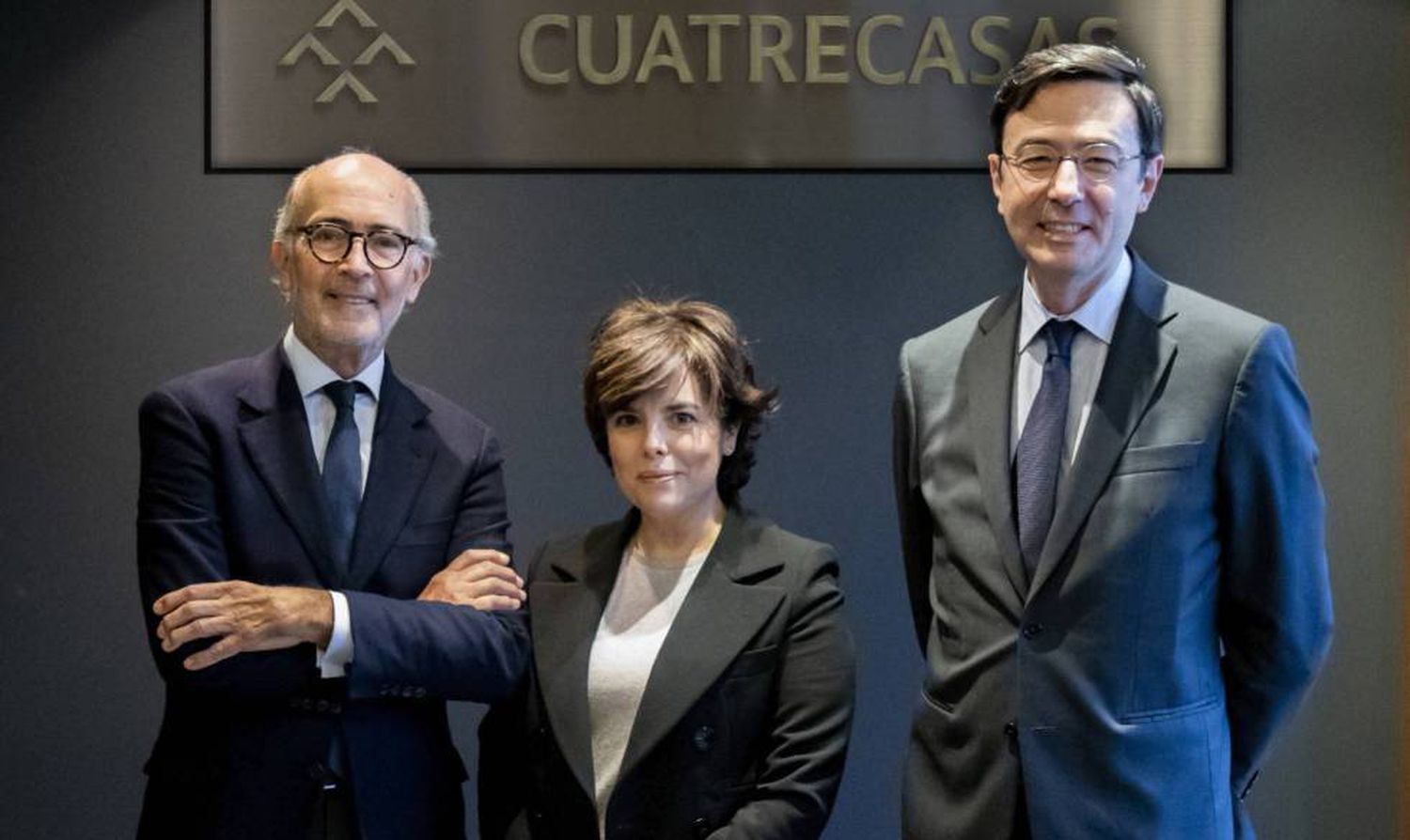 Sáénz de Santamaría and the other 11 directors of Cuatrecasas earned 11.5 million in 2019

It is 8.5% more than the previous year and the average remuneration of the board is 962,000 euros

The 12 members of the board of directors of the Cuatrecasas law firm earned 11.5 million in 2019, which is 8.5% more than the previous year. Soraya Sáenz de Santamaría , former vice president of the Government of Mariano Rajoy, joined in March 2019 as a partner and counselor after leaving politics in September 2018 .

The average remuneration of the board is 962,000 euros. Sources from the firm explain that each partner has a different remuneration according to dedication and seniority. The company does not break down remuneration because it is not required by law.

Santamaría joined Cuatrecasas to lead a multidisciplinary team made up of experts who advise on corporate regulatory compliance and risk management. This is the first year that the firm has clarified what the board earns after several years without doing so and has included a qualification in its audit.

In an aggregate way, according to Cuatrecasas, the board members received 9,084 million euros “for the professional services provided, 2,021 million as dividends and 438,194 euros for interest.” The members of this body, according to company sources, do not charge for belonging to the council, but for their category of partners.

In 2018, the partners received almost the same amount in dividends and interest, but one million euros less for the professional services provided. In addition, they had a civil liability policy for administrators and executives valued at 36,622 euros.

Regarding economic results, the firm obtained a gross result of 32.34 million in 2019, which represents an increase of 18.5% over the previous year. Turnover grew 11.3% to 253 million in 2019. The firm employed 1,364 people last year. “The number of women is higher than the number of men,” says the company.