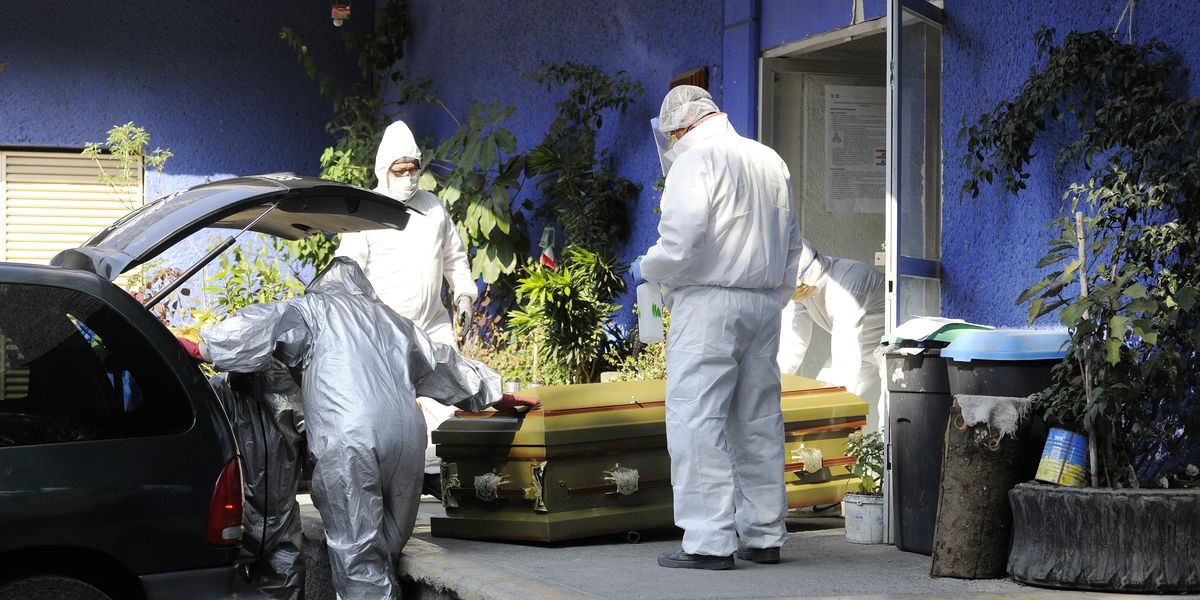 Yesterday almost everyone focused on the jump that the Mexican economy took from June to September: a huge jump of 12.1 percent in three months that erased another reality: there is still a hole in the production and income of Mexicans of about 86 billion dollars compared to last year.

In annual terms, the national GDP until the national month was still 8.6 percent lower than that of September 2019. It is necessary to see how we cover that unprecedented pothole, which did not occur even during the ‘December error’ and the country now yes, it has become impoverished.

Like someone who goes down a street and helps change a flat tire, yesterday Google came out to give an idea. Well, nine ideas, with the help of your advisers.

If President Andrés Manuel López Obrador and his team serve them, Mexicans will not get 86 billion, but 316 billion dollars, says the California company. Mexico can grow more than 30 percent between now and 2030, they argue.

That can be the impact of using the smartphones and computers available in everyone’s house to get businesses and money, beyond the enjoyable practice of giving and getting likes and laughing with videos of cats or falls, as before.

It is supported by the study ‘The Digital Sprinters: The Case of Mexico’, prepared by the Australian boutique consultancy AlphaBeta, owned by Accenture, research done at the request of Google in emerging countries with rapid growth in internet adoption. There are some of the suggestions from that text:

Use government buildings to spread the reach of the internet, but okay. Biblionet is a national program that bridged Romania’s ‘bandwidth gap’ between urban and rural areas. Check out that project.

Let the people help improve government services. The innovations to achieve this can come from anyone, governments must involve and empower citizens to participate in this process.

An example of this is the Innovation for All (a2i) fund in Bangladesh. They thus achieved the digitization of driver’s license procedures, among other advances such as having agricultural information in real time.

Stop the leaks. The government that wants to attack corruption may allow more online and mobile payment methods for government services and distributions. Doing so can drive top-down adoption of fintech products.

Get the creatives together. Create physical places where entrepreneurs, businessmen, researchers and innovators can come to test new technologies and digital applications. These places also provide training and skills development.

For example, Turkey has implemented digital transformation centers where the smallest companies can receive experimental training and consulting services in real production environments.

The governments of Vicente Fox, Felipe Calderón, Enrique Peña Nieto and the current one can claim that they have already made or are making their effort on the Internet, but the AlphaBeta study shows an incongruity: coverage is advancing at a much faster rate than that of the economy, when the ideal is that they go at the same rate.

During the five years from 2013 to 2018, the Mexican economy grew 3 percent in real terms, in dollars, but in the same period the number of Internet users grew 10 percent. Mexico barely exceeded the size of a trillion dollar economy before the Covid-19 hit.

It could be worse, of course, as in the case of Argentina, whose economy did not grow during the five-year period mentioned; or that of Brazil, which fell one percent, according to the investigation. But also, better, as in Turkey, where they grew at least 5 percent with an advance similar to that of Mexico in terms of connectivity.

From now on, not everything depends on the outside or the past, the AMLO government can give its people a push, but up, in a good case.