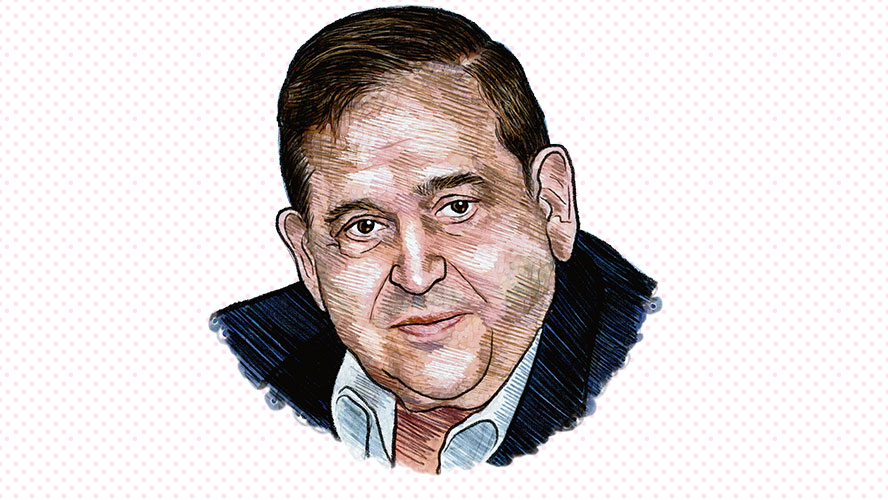 Yesterday, a relevant event that envisions a way out of the financial and employment crisis of Altos Hornos de México (AHMSA), which, as I anticipated in the column on November 5, “was too big to fail.”

Shareholders of Grupo Acerero del Norte (GAN) held a meeting in which they approved to sell control of the holding company to a new investor group and deposit the shares in a trust.

And here we can begin to answer you and clarify the exit route:

2.- The new shareholder of GAN and AHMSA is not going to be Grupo Villacero, but rather a group of businessmen from CDMX, Monterrey, Morelia, Mérida, Culiacán and Houston.

3.- The family of Xavier Autrey Maza , historical partners of the Ancira and shareholders of AHMSA and GAN, will remain in the new company.

4.- The government of Andrés Manuel López Obrador will recover the $ 200 million surcharge for the sale to Pemex, when the director was Emilio Lozoya , of the AgroNitrogenados plant.

5.- The government of the 4T will consider repaired the patrimonial damage to the Mexican State.

6.- The demands and punitive actions of the Attorney General of the Republic, commanded by Alejandro Gertz Manero , against Alonso Ancira Elizondo will be withdrawn .

And it is that yesterday’s meeting, held at 10 in the morning at the GAN offices of the CDMX in Campos Elíseos, approved the sale of 55 percent of the controller.

45 percent of the shares are owned by the Ancira family and another 10 percent by the Carlyle Technologies Corporation fund, which is a vehicle controlled by the same Ancira family.

The other 45 percent of GAN remains as is in the hands of its original owners, the family of Xavier Autrey Maza .

The buyer of 55 percent of the Ancira shares is an investment group headed by Julio Villarreal , owner of Grupo Villacero and Banco Afirme.

The GAN shareholders’ meeting also agreed to transfer that 55 percent of the securities to a trust in which payment is made, which must be no later than December 14.

The shares will remain in that trust during the transition stage, which considers obtaining authorizations from the Federal Competition Commission and other corporate acts.

AHMSA sees the light at the end of the tunnel. The second step will be the capitalization of Monclova’s main company, a story that will begin to be written in 2021.

IF nothing extraordinary HAPPENS , today the decision of the tender for the rehabilitation and modernization of Metro Line 1 must be issued. As I told you yesterday, there is a difference of 10 billion pesos between the offer of the Spanish CAF, chaired by Andrés Arizkorreta , and the Chinese CRRC Zhuzhou Locomotive, headed by Zhou Qinghe .

The first raised 44 billion pesos and the second 34 billion. It would seem that the government of Claudia Sheinbaum has already resolved it. But what has not been resolved is the impact that the award to Asians will have on our neighbors in the United States.

And it is that the government of Donald Trumpit is targeting the CRRC and its sister, the China Railways Construction Corporation, which is also in the consortium.

The World Bank, headed by David Malpass and controlling the White House, disbarred the latter last year for violating competition and market laws. Now that the Democrats return with Joe Biden they will tighten that line.

For that reason Barack Obama derailed the Mexico-Querétaro Train project that Enrique Peña delivered to that consortium. Now will the 4T challenge them again?

RODRIGO VÁSQUEZ COLMENARES resigned this Wednesday as head of the Federal Aviation Agency. He had anticipated that the area related to this sector would be restructured by the new Secretary of Communications and Transportation, Jorge Arganis , after the departure of Gerardo Ferrando from the management of the CDMX Airport Group.

The head is the Undersecretary of Transportation, Carlos Morán , to whom, in addition to the two outside officials, the directors of the Benito Juárez International Airport and of Airports and Auxiliary Services, Jesús Rosano and Oscar Argüello , respectively, report.

ALSO YESTERDAY, the legal actions that I brought here against two officials who operated the tender for the integral services of the IMSS were confirmed, a contract for about 7 billion pesos that was awarded to Hemoser de Ignacio Higadera , Centrum de Valentín Campos and Impromed de Fernando Chaín last April.

INTERPROTECCIÓN, SPONSOR OF Checo Pérez , is a winner with the 4T. With direct awards to insurers that ‘rub in’ their risks, and using its subsidiary Reasinter, it is placing policies at extra cost and with worse conditions than federal agencies had before.

It is already a scandal in the insurance industry, since they became a judge and party in processes using another of their subsidiaries, PCP, which acts as an insurance advisor, but influences directed bids. They have the full permission of Agroasemex, which, as I informed you, is unfairly displacing private companies in government tenders.

THE EARS of Netflix have already reached the threats of Luis Miguel , who intends to sue the production of his second season, which is scheduled to air in March 2021. In August the filming began and there are already five chapters of eight that could have the story.

But it turns out that the singer did not authorize three, which was not what he told the writing team. Each episode has an average cost of one million dollars that is financed by the streaming platform of Reed Hastings . Luis Miguel, The series, along with La Casa de Papel, were the productions that catapulted Nextflix into the Spanish-speaking market. It was a great deal.