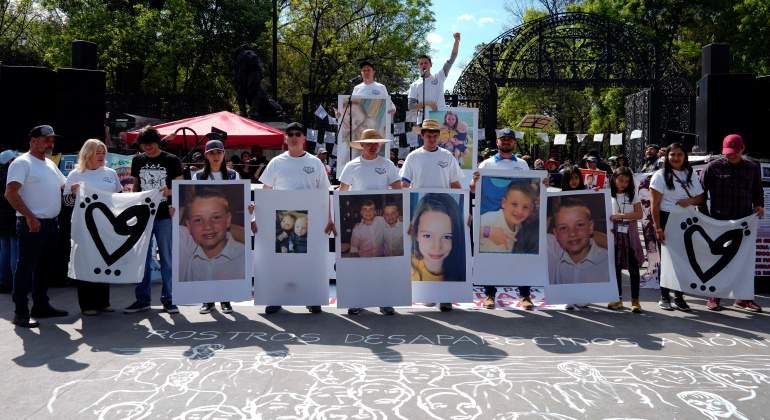 The capture of the alleged mastermind of the murder of nine members of a Mormon community of American origin in 2019 in Mexico represents a relevant step to clarify the case , a relative of the victims of the bloody attack, in which women and children died, told Reuters .

On Monday, the security forces detained Roberto González, alias “El 32”, of the criminal group “La Línea”, along with two other alleged members of that gang, in the Nuevo Casas Grandes municipality, in the state of Chihuahua. they also carried weapons and drugs, said the prosecution on Wednesday.

González “is allegedly attributed the intellectual responsibility” for the shooting deaths of Mormon families, the prosecution said. In addition, he would lead the group “La Línea” in the municipality of Madera, in the same state.

“There is a long way to go, there is still too much to clarify the facts, although the arrest of these people is relevant for us to advance the case ,” Adrián Lebarón, who lost a daughter and three grandchildren in the attack, told Reuters.

In November 2019, three women and six children from a Mexican-American Mormon brotherhood lost their lives after being attacked by bullets in the northern state of Sonora while traveling in broad daylight on mountain roads.

Lebarón explained that in a recent judicial hearing on the case it was mentioned that, days before the tragedy, the leader of the defunct Guadalajara cartel, Rafael Caro Quintero, was meeting with at least one of the detainees, and other people who perpetrated the homicide. multiple.

According to a security source, in municipalities surrounding Nuevo Casas Grandes they have detected operations by Caro Quintero, for whom the United States offers a reward of 20 million dollars and whom it accuses of the death, in 1985, of the former DEA agent, Enrique “Kiki” Camarena.

After spending 28 years in prison, Caro Quintero was released in August 2013, prompting strong demands from the US government for Mexico to recapture him. Since then, his whereabouts are unknown.

Recently, Reuters revealed a negotiation between Mexico and Washington for the return of former Defense Secretary Salvador Cienfuegos , detained in Los Angeles for drug trafficking, in exchange for collaboration in the capture of a drug lord, something that President Andrés Manuel López Obrador has denied.

Since the massacre of the Mormon community, the Federal Bureau of Investigation (FBI, for its acronym in English) has collaborated in the investigations, Lebarón explained.

On Tuesday, the US ambassador to Mexico, Christopher Landau, sent a message through his Twitter account to congratulate federal forces on the arrest. “Excellent cooperation between authorities of both countries. There will be justice!”, Wrote the diplomat.