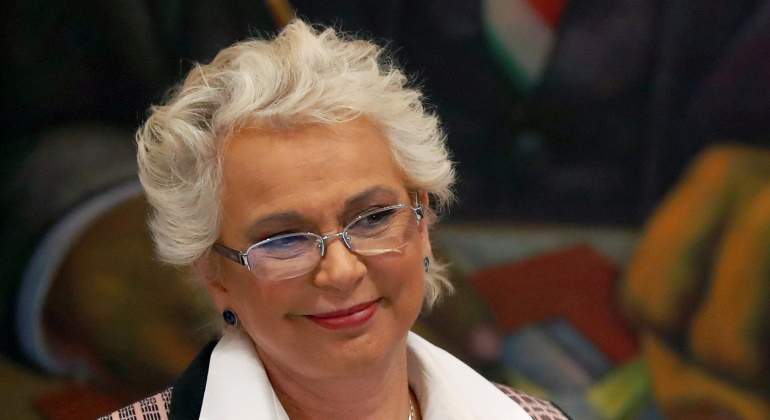 Mexico has a “historic debt” with women for gender violence, which kills about 3,800 of them each year, the Mexican government acknowledged on Wednesday, urging a cultural change that eliminates machismo and patriarchy.

“We have a historical debt to women, especially to victims of violence, and we cannot allow impunity,” said the Interior Secretary, Olga Sánchez, on the occasion of the International Day for the Elimination of Violence against Women, promoted by the UN.

According to figures from the National Institute of Statistics and Geography (Inegi) cited by Sánchez, each year in Mexico approximately 3,800 women are murdered, in addition to the fact that in the last decade 6 out of 10 women have suffered some kind of aggression .

Statistics also show that a daily average of 32 girls between the ages of 10 and 14 become mothers as a result of sexual abuse, and one in four has suffered violence in the school environment.

Impunity is one of the central problems, since on average only half of the murders classified as femicides lead to a conviction, although in some states of the country impunity reaches 98% , according to the report presented during the president’s morning conference Andrés Manuel López Obrador.

“Machismo kills, destroys the lives of women and limits the development of our country,” Sánchez added, urging that the reproduction of the “macho and patriarchal cultural system stop.”

López Obrador pointed out on his side that “conditions of poverty and economic inequality have led to these phenomena of aggression and violence against women” in Mexico.

For this Wednesday marches of feminist organizations are planned in the capital and other cities of the country.

Authorities and individuals have erected protection barriers on the routes that the demonstrations will follow, which have multiplied in the last year, some with acts of vandalism.

On November 9, Cancun police fired shots in the air as protesters, mostly women, protested in front of the town hall after the brutal murder of a young woman.

This incident – unprecedented in Mexico because in the protests the police only use shields and in extreme cases pepper spray – unleashed a wave of criticism inside and outside the country .