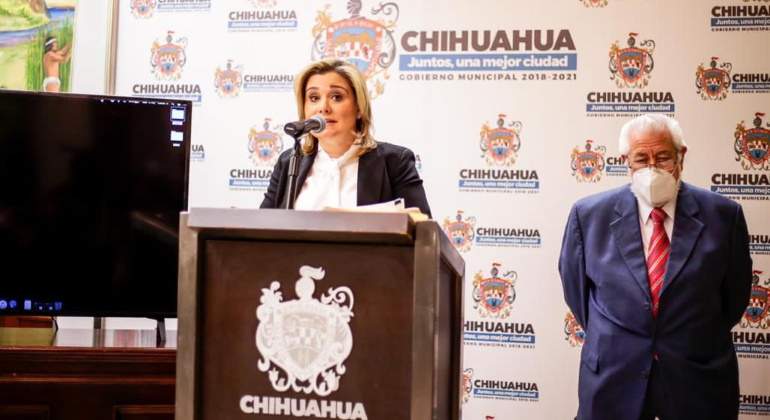 María Eugenia Campos pointed out that they even rummage through her purchases, investigate and review her credit cards

María Eugenia Campos, current mayor of Chihuahua, denounced in a press conference , a persecution against her disguised as a legal process by the State government to stop her aspiration to the candidacy and that the governor Javier Corral himself pointed it out without any evidence .

The mayor stated that “The governor chose to formalize his smear industry by using his position as chief executive to slander and stigmatize without proof or evidence those who personally hate or just find us uncomfortable.”

And María Eugenia Campos added that in July she had clarity to point it out and there is no legal action for five months and Javier Corral “is silent on questions from the media,” he said.

Then he clarified that Corral has no evidence “or perhaps he will take the time to falsify evidence. The file against me has not been moved because there is no crime, but time is running out to consummate their persecution.”

Likewise, María Eugenia Campos pointed out that they even rummage through her purchases, investigate and check her credit cards , and also try to find out where she spends Christmas; even where you comb your hair.

He took the opportunity to present videos and audios that show that members of the Corral team have contacted former collaborators to convince them to testify against her or to help them obtain evidence to discredit her.