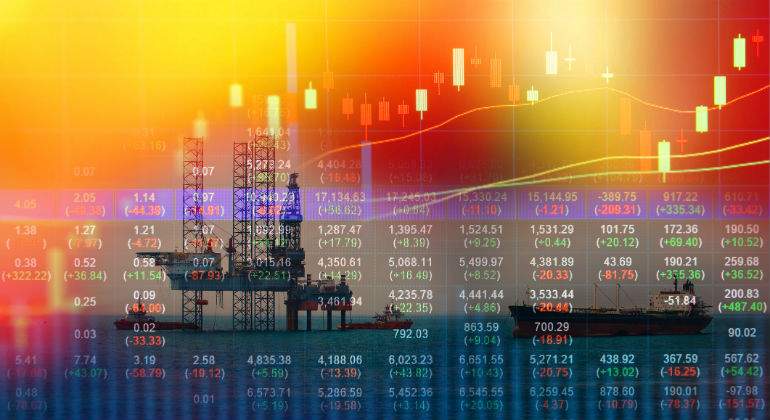 Oil is now moved by two forces: on the one hand, the expectations of a recovery in world demand after the Covid-19 crisis, and on the other, what the members of the Organization of Exporting Countries decide to do with crude oil production. Oil and its allies ( OPEC + ).

Next week, on Monday and Tuesday, the key meeting for the cartel takes place, and the differences of opinion between the different members with a view to prolonging the supply cut that is in force at the moment are becoming evident during the last days. However, it seems that optimism about the economic situation is weighing more on the sentiment of investors , who have pushed crude this Wednesday to exceed $ 48 for the first time since the coronavirus crisis began.

They are prices that have not been seen since the Covid-19 crisis began.In the year, the barrel loses 27%, but from lows it rises by 147%

Specifically, the Brent barrel , a benchmark in Europe, traded at the mid-session of the US stock market on Wednesday at 48.1 dollars, which represents a rise of 147% from the minimum of the year that was seen in March, and an advance in the November of almost 29%. In the year the European barrel is still in the red , with a 27% drop in price .

The possibility that OPEC and its allies will not be able to close a deal next week exists , although the market does not seem to be pricing it. Some members of the cartel advocate that the organization take into account the specific situations of each country when deciding how much oil each member produces, instead of establishing a common production quota for all of them equally.

This is the case of Iraq, a country that is suffering a severe economic crisis; The country’s finance minister stressed this week, in a telematics conference organized by the British think tank Chatham House, that Iraq “has reached the limit of its capacity and its willingness to accept a policy of the same size for all”, and considers that factors such as GDP per capita or the fact of having, or not, a sovereign fund, as in Saudi Arabia or the United Arab Emirates, but not in Iraq, must be taken into account.

The Emirates are also in the news: according to Bloomberg , there are public officials who, in private conversations, have acknowledged that they are weighing the pros and cons of leaving OPEC, which, if it occurs, would be a severe blow to the organization and centralization of the offer in the most productive area on the planet.