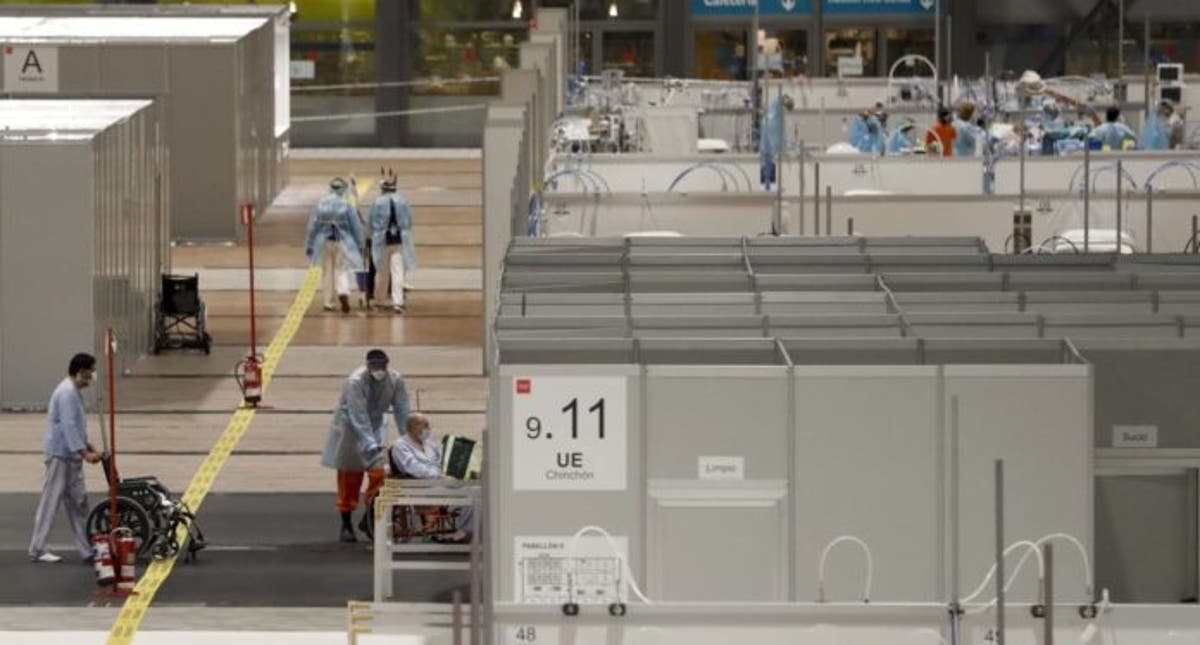 The Official State Gazette (BOE) publishes this Wednesday two orders from the Ministry of Finance that establish the distribution of the last two tranches of the COVID Fund of 16,000 million for autonomous communities.

The Community of Madrid, Catalonia and Andalusia have received more than 54% of this fund, totaling 8,711 million euros from the three autonomous regions.

In this way, the Ministry completes the allocation of the 16,000 million euros with which the Fund was endowed, created to guarantee the resources of the communities after the impact of the pandemic, the Department of María Jesús Montero reported this Wednesday.

Specifically, the BOE publishes a ministerial order that distributes the 3,000 million euros corresponding to the second health section, which will be transferred in the coming days, and another order with the distribution of 5,000 million to compensate for the decrease in regional income from the less economic activity derived from the pandemic.

These 5,000 million will be distributed in the month of December.

The Treasury recalled in a statement that the objective of the COVID Fund is to provide the communities and cities of Ceuta and Melilla with the necessary financing to face the pandemic and guarantee quality public services for citizens.

The Fund, which has been distributed according to the impact that the coronavirus has had on health, education and economic activity, is not reimbursable, that is, the communities will not have to return the assigned resources nor will they generate debt or interests.

The Treasury has underlined that this Fund has meant the largest transfer from the State to the autonomies outside the autonomous financing system.

Of the total allocation of 16,000 million euros that this mechanism has, 6,000 million were already distributed in July for the first health tranche and another 2,000 million, of the tranche associated with educational spending, were assigned to the communities last month of September.

The distribution criteria established in the regulations for the second and last healthcare tranche of 3,000 million are based on ICU income (25%); hospitalized patients (20%); the total PCR tests performed (10%); and in the equivalent protected population (45%).

The health variables used for the calculation have been those certified by the Ministry of Health on the basis of the data reported on October 31 by the autonomous regions.

The fourth tranche of the COVID Fund, endowed with 5,000 million euros, will be distributed in December to the communities of the common regime to compensate for their lower income due to the reduction in economic activity.

Specifically, of those 5,000 million, 4,200 million are distributed as follows: 60% based on the relative weight of the average recognized rights of the years 2017, 2018 and 2019 for the Tax on Patrimonial Transmissions and Documented Legal Acts, the Special Tax on Certain Means of Transportation and taxes on gambling, excluding payments made by the Tax Agency to each community in the years indicated in relation to the Tax on gambling activities.

The remaining 40% of those 4,200 million is distributed according to the adjusted population defined in the autonomous financing system.

The remaining 800 million that complete this section are reserved for distribution according to criteria associated with the budgetary impact in the field of public transport.

Of this amount, 34% will be distributed considering the services of regular interurban passenger transport; 13% considering metro, tram or rail services; 49% based on data from the Madrid Regional Transport Consortium and the Barcelona Metropolitan Transport Authority, and 4% will be assigned to the Canary Islands for its interurban transport.

Taking into account all the above, the communities that will receive the most resources from this stretch of 5,000 million will be Catalonia (1,107 million), Madrid (945 million), Andalusia (826 million) and Valencian Community (559 million).

They are followed by Castilla y León, which receives 843 million euros; Castilla-La Mancha, with 743 million; Galicia, with 735 million; Basque Country, with 568 million; Canarias, with 551 million; Balearic Islands, with 438 million; and Aragon, with 430 million.

After these go Murcia, with 389 million; Asturias, with 299 million; Extremadura, with 277 million; Cantabria, with 177 million; Navarra, with 175 million; La Rioja, with 127 million; and Ceuta and Melilla that both receive 25 million.

Of course, according to the Ministry led by Montero, the Basque Country, Navarra, Ceuta and Melilla do not participate in section 4 due to their specificities.