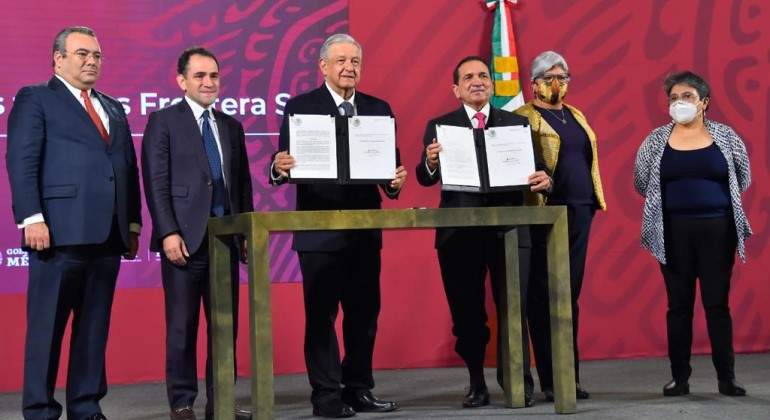 The program will run until 2024 in the municipalities of the northern border.

Mexico will extend until the end of 2024 a tax benefit plan that has been in force since January 2019 in the populations of the border area with the United States and will extend the plan to the localities of the southern part of the country that border Guatemala, the federal government reported on Friday .

A year ago, President Andrés Manuel López Obrador ( AMLO ) had anticipated his intention to expand the program, which favors dozens of municipalities and includes reductions in Value Added Tax (VAT) and Income Tax (ISR) , and to replicate it in the south.

“We are going to extend the validity of this decree because it was signed for two years; it is extended until the end of 2024,” López Obrador, who concludes his term that year, said in his daily press conference.

The North Border Free Zone Program implies the reduction of income tax to 20% from 30%, VAT to 8% from 16% and the homologation of fuel prices. Gasoline in those territories costs up to five pesos less than in the rest of the country, the president explained.

Currently, the fiscal incentives apply to 43 municipalities in the states of Baja California, Coahuila, Chihuahua, Nuevo León, Sonora and Tamaulipas , where there are headquarters of US-owned industries that send goods to Mexico within the framework of a free trade agreement for America from North.

Mexico shares more than 3,000 kilometers of border with the United States and more than eight million people live in the border area, according to official data. In many Mexican areas along the border, there are high rates of violence and the presence of drug cartels.

The Secretary of the Treasury, Arturo Herrera, said that the plan will be extended to the Tabasco and Chiapas states bordering Guatemala , and announced new tax advantages for Chetumal, a city on the border with Belize, in order to function as a free zone.