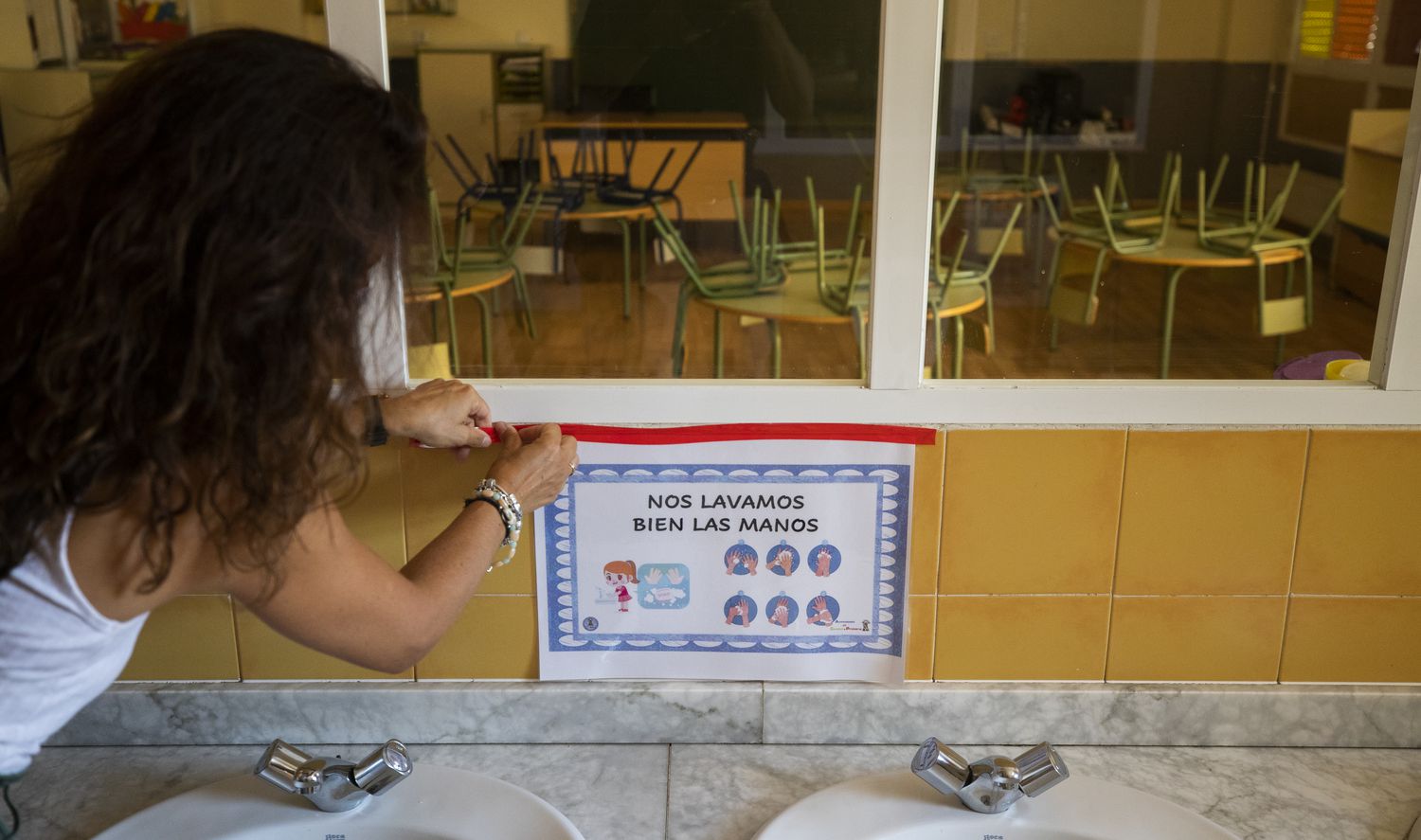 On November 13, the Ministry of Education sent a letter to the ministry in which it rejected the money corresponding to the second distribution, “in view of the development and participation of the centers of the Community of Madrid.”

The Federation of Associations of Parents of Students (FAPA) Francisco Giner de los Ríos is very clear that the Program for Educational Orientation, Advancement and Enrichment, the full name of # PROA +, “is necessary, now more than ever and it works very well”.

The participation of the Secondary and Baccalaureate centers, when the Administration supported and promoted it, according to Carmen Morillas, president of the FAPA, has always been very high and efficient, “so it is not understandable that it does not exist on the part of the Ministry of Education explicitly supports this program, especially when significant money is being provided by the Ministry of Education and Professional Training for this purpose ”.

Morillas also criticizes that instead of betting on it.In the agreement of the Council of Ministers of July 21, 2020, the distribution criteria were formalized to the Autonomous Communities and 3,768,353 euros were allocated to Madrid.

After a first distribution of the money for the PROA + program, on October 6 the deputy director of territorial cooperation and educational innovation communicated the second, but the Community responded on November 13 through a letter that it will not participate in it.

“In view of the development of the program and the participation of the Madrid centers during this course, it is announced that the Community of Madrid will not participate in the second distribution announced by the deputy director general for territorial cooperation and educational innovation on October 6

The truth is that only 97 centers requested aid for the most vulnerable minors, something that the FAPA attributes to the times that have been modified by the pandemic.

The regional administration received the first payment before the summer, but it was not communicated to the centers until the end of September, giving a period of 15 working days for them to request to join the program.

Finally, he extended the deadline until October 30, but, according to Morillas, just on some dates the educational centers “have had a huge job that they have not been able to tackle.” “The deadlines could have been extended perfectly without any problem, something that Madrid has not even wanted to raise,” he says.

The rejection by the parents’ representatives to this decision is categorical.

“The negative impact that covid-19 is generating in all educational centers is more than obvious and blendedness is exacerbating it, it is not understood that resources are rejected for a more personalized attention, precisely in those educational stages where the Community of Madrid he is incapable of assuming presence in the classrooms ”, explains Morillas.

To all this is added, he says, that while the Ministry of Education and Vocational Training places primary, ESO and Baccalaureate students as recipients, with special attention to the most vulnerable students, the Community of Madrid has only offered it to educational centers. ESO and Baccalaureate.

The federation of parents referred to the Ministry of Education several questions related to the educational attention of students, one of them was about the covid reinforcements, whose contracts end in December and expose hundreds of students. The lack of teachers is still suffered in many educational centers.

According to data from the unions, there are still at least 847 unfilled vacancies, that is, there are students who have not yet been able to receive classes in some subjects.

“The hiring of reinforcement teachers for this course has a different financing method, the Government’s covid funds, in which voluntary participation of the centers or the presentation of a project by them is not required, and that the Community has used, in part, to hire almost 11,000 teachers ”,

Other issues that the parents’ representatives have sent to the Administration are the substitutions of uncovered teacher absences and the problems related to blended attendance or Vocational Training. To this day, they say, they have not yet received any kind of response from the counseling.

“It is unacceptable that in the vulnerable situation in which a large part of the Community’s students find themselves, the funds destined precisely to alleviate these needs that have occurred in our students are rejected. It’s stupid.

The constant violation of the rights of children in Madrid is evident with this decision-making carried out unilaterally without any iota of participation from the Educational Community, ”says the president of the FAPA.

The Ministry of Education and Vocational Training launched the # PROA + program , initially financing the autonomous communities with 40 million euros to be shared among all. It contemplates lines of action eligible for each center based on its objectives, characteristics, needs and possibilities.

In the first place, it seeks to adapt the educational project of the center to the needs of this course (attention to reception, school ties and transitions between stages; adaptation of the curricular programming and stimulation of inclusive pedagogical renewal).

Second, a boost to the most necessary teaching and guidance skills (adjustment of the Center’s Training Plan), in coordination with the training services or networks of the autonomous community.

Third, a personalized school support, motivation and reinforcement plan for students with specific educational support needs. And fourthly, the promotion of the involvement and collaboration of families and the community environment with the educational project of the center for the 2020-21 academic year.

The Government of Isabel Díaz Ayuso, says the Administration, “has made an extraordinary effort” this course to help those students who for various reasons could not follow the educational activity at a distance during confinement.

To do this, he assures, the Executive has launched various actions to reinforce both school and out of school, with a budget of about 23.4 million euros.