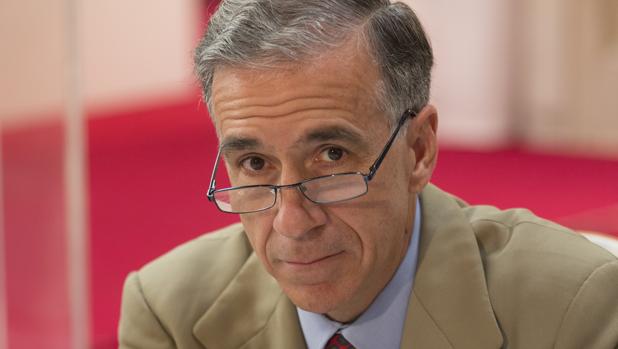 What seemed impossible has happened. Abengoa creditors this morning reached an agreement in principle that would put an end to the open war between Gonzalo Urquijo and the minority shareholders who managed to remove him as president of the parent company.

Based on this agreement, those who have less than 150,000 euros in Abengoa SA shares may exchange them for obligations of Abenewco1, the group’s subsidiary to which all the assets and the business were transferred. The agreement is expected to be signed today and subsequently communicated to the CNMV, since Abengoa is a listed company.

The agreement reached between Abenewco1 creditors -among them, Santander and the KKR and Bluemountain funds- and the AbengoaShares platform -which brings together minority shareholders- establishes that institutional shareholders or with more than 150,000 euros in shares will not be able to benefit from this swap of shares for obligations.

AbengoShares Marcos de Quinto, Antonio Gómez and Juan Ignacio Trillo Garrigues have been on the negotiating team for this agreement.

The bonds would have a return of 12% between three and five years . If this conversion is not carried out, the amount invested in the shares would be recovered at the price of July 14, 2020, which was when Abengoa SA’s stock market listing was suspended for not having presented the 2019 accounts and having an equity gap of 388 millions of euros.

On July 14, the price of Abengoa’s type B shares closed the title at 0.0062 euros. From January 2021 and up to three years from now, the possibility will be open to voluntarily exchange Abengoa SA shares for Abenewco1 obligations.

What do minority shareholders gain from this deal? Urquijo offered Abengoa SA shareholders to have 2.7% of Abenewco1, the new Abengoa. However, the AbengoaShares platform first demanded 20% and later reduced that percentage to 11%.

With this agreement, the shareholders of Abengoa SA would have a significant profitability but would dissociate themselves from the share capital of the multinational. However, the conversion of the shares into bonds would be linked to the listing of Abenewco1 or the purchase of this Abengoa subsidiary by a third party.

What will happen then with the general meeting of shareholders of Abengoa SA on December 21? At that meeting, the vote of the new Abengoa board of directors is scheduled after Gonzalo Urquijo and the rest of the directors were dismissed on November 17 , as well as their performance in the negotiation of the rescue plan of the multinational company, which has a debt of 6,000 million euros.

The rescue plan, which expired on December 8 without being signed, was negotiated by Urquijo with the ICO, banks and creditor funds, and involved the conversion of part of the debt into shares of Abenewco1, with which Santander and KKR would take control of the multinational.

This agreement between Santander, KKR and Bluemountain, on the one hand, and AbengoaShares, on the other, would reactivate the rescue plan negotiated by Urquijo, with the objective of signing it before December 31.

The Junta de Andalucía has said again this Tuesday, through the mouth of its Minister of the Presidency, Elías Bendodo, that it will not participate in it with 20 million euros as it does not have financial instruments for it.

Two candidates had been presented to that meeting: one backed by Gonzalo Urquijo, and made up of Alex Sánchez-Pedreño, Joaquín García-Romanillos and Francisco Prada Gayoso , all experts on companies in crisis; and another candidacy from AbengoaShares, made up of Pablo López-Bravo, Margarida de la Riva and Jordi Sarrías.

These candidacies are maintained but AbengoaShares commits to only having one director at Abenewco, who would be the Sevillian engineer Verónica Vargas, allowing Gonzalo Urquijo to continue as president. Vargas would supervise that the agreement is fulfilled, according to sources consulted.

AbengoaShares affirms that if its candidacy to the board wins the vote on December 21, it will resign one of the three proposed directors, so that there would be Jordi Sarrías and Margarida de la Riva, or Jordi Sarrías and Pablo López-Bravo.