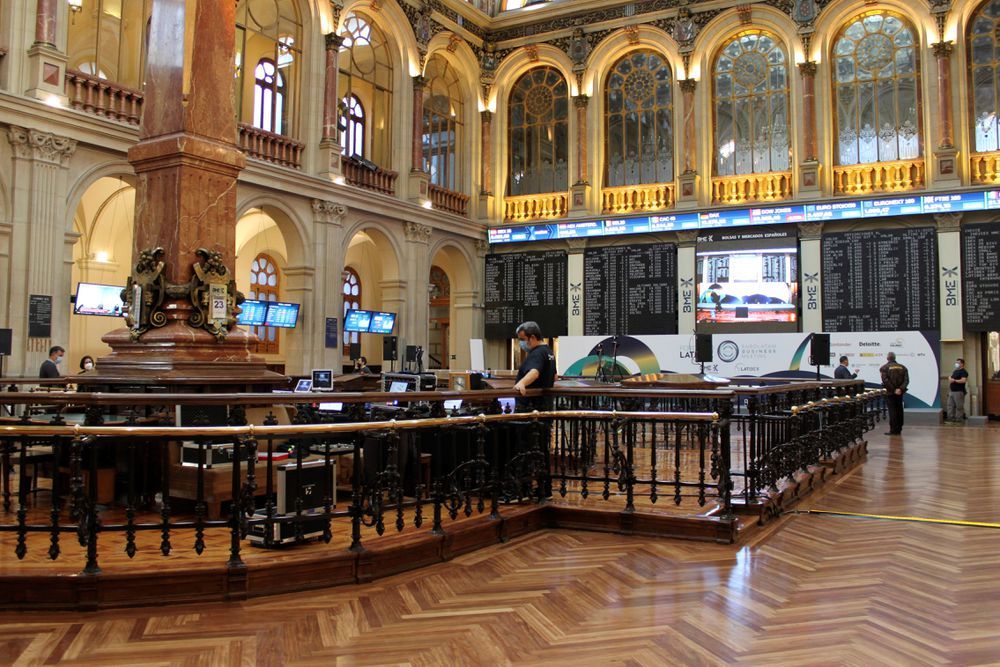 From the worst month in history to the best, in just over half a year and with almost no continuity solution.

The expectation about vaccines called to end the health crisis in 2021 has given wings to the Stock Exchanges in November: the Ibex, one of the world’s worst-hit indices during the pandemic, is on its way to scoring the best month in its history, with a rebound close to 27%.

Although the selective continues to show red numbers so far this year, it also leaves behind the worst figures harvested during confinement: in March, when the first state of alarm was decreed, the thermometer of the 35 largest listed in Spain was left more than 22%.

Since its creation, on January 14, 1992, when the Olympians were still preparing for the Barcelona Games and the pavilions of the Seville Expo were still on stretchers, the Spanish selective has lived more good months than bad: there it is June 2012 – paradoxically, with Spain finding itself doomed to rescue to face the colossal hole in the financial system – when after five consecutive months in negative the selective scored a 16.6%.

Or April 2009, when it recovered more than 16% in one go after a terrible streak caused by the global financial crisis.

But – except for an unexpected disaster on Monday – none stands out as much as this November in which the vaccine has injected a dose of wild optimism about the economic future and the victory of Joe Biden has shed some light on the future plans of the first power world.

The values ​​most exposed to the cycle have benefited greatly from this boost in morale: those that depend on a return to normalcy as quickly as possible so that their businesses can fuel again. Meliá is the most prominent of the Ibex: it rises more than 70% in November.

It is closely followed by the IAG airline group, to which British Airways, Iberia and Vueling belong, which despite remaining as the red lantern of the index in 2020 with an accumulated decline of more than 60%, rose by 68% in the month.

BBVA, in the eye of the hurricane due to its failed merger with Sabadell, rises 60%, and Repsol – driven by the always cyclical price of oil – completes the quartet with a monthly increase of more than 58%.

“The immediate reaction to the news about the vaccine makes sense. Everybody had a vaccine among their expectations at some point, but there was still a chance, maybe small, but still there, that there wasn’t.

Since there is not just one, but several, the most negative scenarios for the economy are completely eliminated, ”Gilles Moëc, chief economist at AXA Investment Partners, assesses by phone.

“What the Stock Exchanges do is think about the sunny outlook that is expected for the second half of 2021, but I am concerned about the accidents that may occur between now and then.”

Portfolio rotation, the technicality with which analysts refer to the shift in investor preferences of the securities that have most resisted the shock of the pandemic – such as technology or energy – towards companies that in recent months they had seen their expectations for the future plummet, it is by no means a uniquely Spanish phenomenon.

This explains, for example, that the Nasdaq – the index that brings together technology firms in the United States, converted into true safe havens – is beginning to show signs of fatigue compared to industrial and consumer values.

After rising, yes, 36% so far this year. Also that in the last three weeks, both the stock markets around the world and the fixed and variable income of emerging countries – always the most volatile in the face of good and,

The good November of the Ibex, however, should not cloud the view. First, because the equity streak contrasts with a reality, the most immediate, in which the contagion figures do not stop growing: the epidemiological curves have continued to climb, in short, in parallel to the stock markets.

Most European countries have exceeded or are close to their peak in the second wave, but deaths – a variable always delayed, due to the dynamics of the disease itself – continue to set new records in several European countries, Spain included. Germany and France have already announced that they will only begin to ease restrictions on mobility and business activity well into January.

And, as has been said a thousand times, the economic crisis cannot be considered over until the health flank is completely resolved.

Secondly, because – apart from the rise this month -, with a cumulative fall of 14%, the Ibex continues to live so far in 2020 its worst year since 2009, in the worst days of the Great Recession. And, what is worse, it continues to fall behind the rest of the large parks of the Old Continent: the French Cac 40 fell just 6% in the year, the Italian FTSE Mib fell less than 5% and the German Dax even traded slightly at positive (+ 0.9% since January 1), recovering all the ground lost in spring.

On the other side of the Atlantic, and turning a deaf ear to the pandemic, Wall Street continues to ride in an area of ​​all-time highs thanks to the global flood of liquidity. With the vaccine —and always on the assumption that its effectiveness is finally in the environment of figures that are handled today—, the sun rises again, in short,

Although the ground on which investors tread remains very slippery, the way seems clear for more green numbers in the coming months. Few times was there so much unanimity among analysts: if next year is really the one in which the world economy can definitively turn the page of the pandemic, the upward path is far from over, especially in Europe.

The last big name to jump on the recommendation train has been Credit Suisse, which sees the stock market as the only possible alternative for investors as long as interest rates remain at zero and neighbors – and nothing seems to indicate that they will leave that area soon. -, brick and parquet seem the only valid alternatives to try to squeeze some profitability out of savings.

After all, after a dismal 2020, business results – the true stock market compass – can only get better in 2021, which is expected to be the year in which the economy recovers its breath. Also the European parks