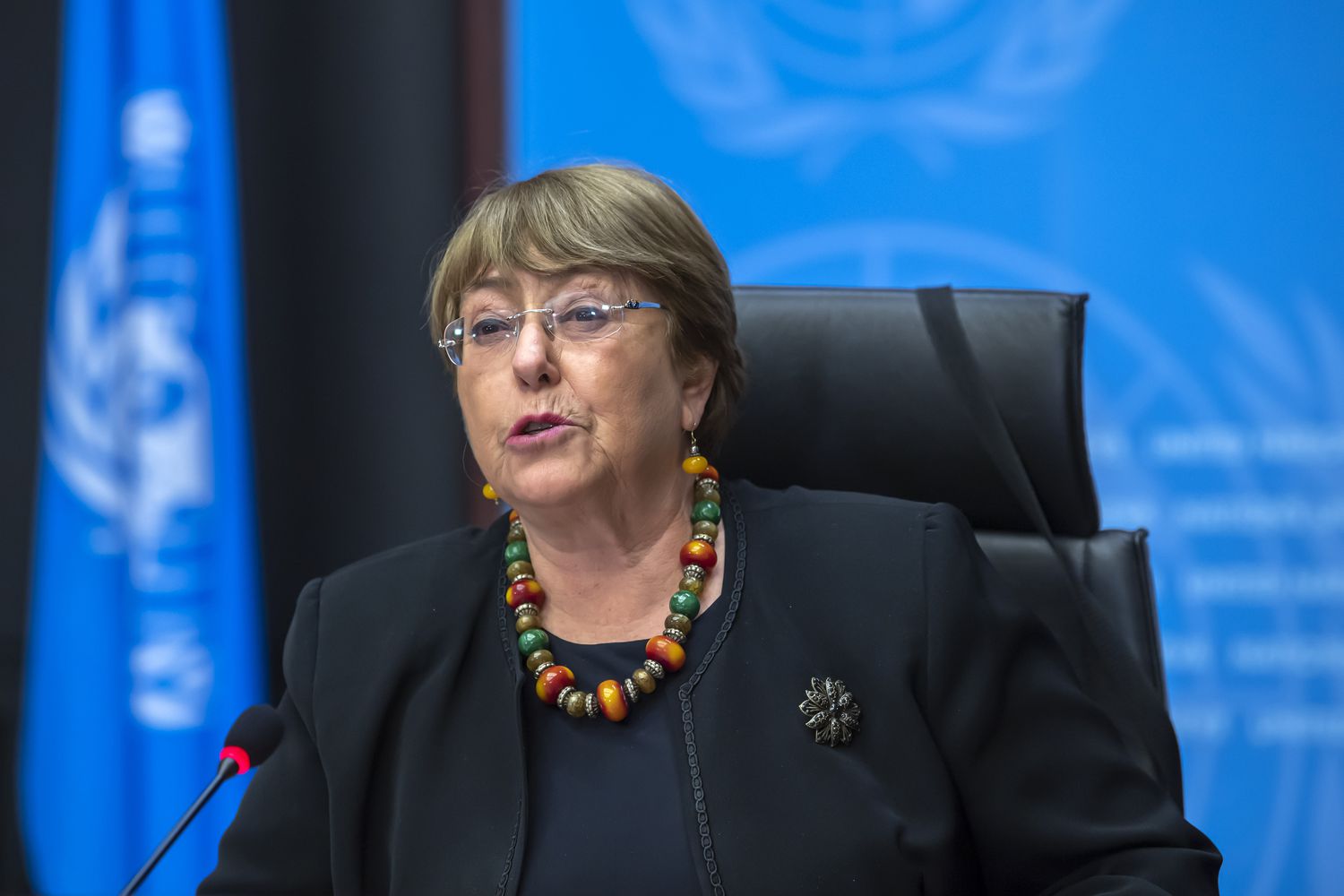 Michelle Bachelet, UN High Commissioner for Human Rights, speaks about the Reflections on 2020 and looking ahead to 2021, during a press conference at the European headquarters of the United Nations in Geneva, Switzerland, Wednesday, December 09, 2020. Michelle Bachelet speaks on the eve of Human Rights Day on the need to recover better and stand up for human rights. (KEYSTONE/Martial Trezzini)

The great immunization has already begun. The vaccine has jumped from laboratories to hospitals in a handful of countries, but uncertainties remain about whether the economic power of states will decide who goes first on the list.

“We are not going in the right direction,” said Michelle Bachelet, United Nations High Commissioner for Human Rights, during the commemoration of the 60th anniversary of the Organization for Economic Cooperation and Development (OECD)..

In a panel dedicated to multilateralism, the former Chilean president also insisted that “the vaccine must be a public good”, and has warned that while there are already rich countries buying it en masse and they will have reserves that triple their population by the end of next year , around 67 countries with fewer resources will leave 90% of their citizens unvaccinated by 2021, and they lack the expensive equipment to store doses at the right temperature.

That message has flown over the scene since the beginning of the act. The Secretary General of the OECD, Ángel Gurría, has called for international cooperation to ensure mass production and widespread distribution of an affordable vaccine.

“This pandemic has reminded us that no country alone can face such a threat,” he recalled. Mariana Mazzucato, professor of Economics and Innovation and Public Value at University College London, has demanded that patents are not an obstacle, and has asked governments to control their production, favoring it to be massive, monitor possible monopolies, decentralize production, share knowledge in an exercise of transparency and make it available to everyone at an appropriate price.

“This should be a vaccine for the people. We must not forget that it is being paid with taxpayer money ”, he said.

If the concern about the will of the States to universalize the drug has been evident, no less dismal has been the balance of how they have faced the health crisis.

For her part, Gabriela Bucher, Oxfam’s executive director, believes that health should come first, but she also sees economic reasons for universal vaccination, given that in a globalized world, where supply chains cross borders, if they break, because the disease persists in one of the countries on which production depends, the economy will suffer.

The debate jumped from the remedy (the vaccine), to the consequences and lessons of the pandemic. Among the dilemmas he has highlighted one: how to make capitalism more just.

Gabriela Ramos, Unesco’s Deputy Director General for Social and Human Sciences, has criticized the unfair distribution of growth, and has given the example of digital platforms, which have multiplied their income at a time when inequalities have been exacerbated .

“People with low incomes have a higher risk of death, worse health, and children without Internet connection lose the opportunity to receive an education,” explained Ramos.

The former president of the Inter-American Development Bank, Enrique Iglesias, focused his speech on education. “In many homes there is not even a computer. An important task in the years to come will be to prepare ourselves to deal with these situations. What do we do with the millions of students who lose a year?

Bachelet has cited women, people with disabilities, indigenous people in rural areas, members of the LGTBI community and inmates as the most vulnerable to the crisis.

And without mentioning any specific case, he has called for the postponement of sectoral economic sanctions, for example, on the production of oil in countries that depend on its sale to weather the crisis. “They do not only penalize rulers but also vulnerable populations.”