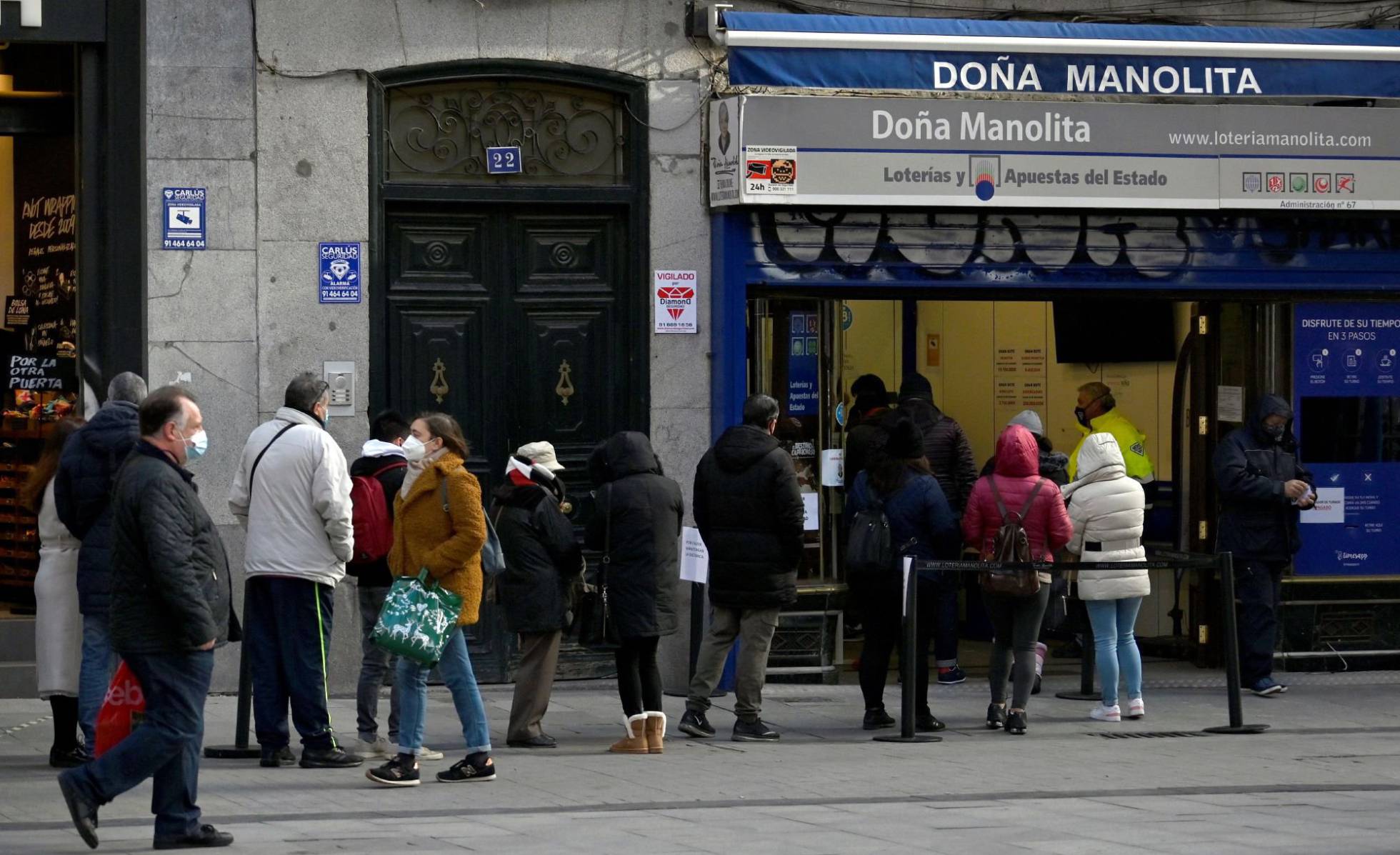 Everyone has ever dreamed of winning the Christmas Lottery and imagined how the first prize would be spent . Buying a home, going around the world, shopping without regrets?

Well, none of that. More prosaically, this year seven out of 10 Spaniards would use the Fat to plug holes in their personal finances or save it. Both options are up sharply compared to last year’s edition of the most anticipated draw, according to a report by bank comparator iAhorro.

But having a financial cushion is the alternative that registers the greatest increase, going from 19.2% from a year ago, to the current 25.1%, which is equivalent to 5.9 percentage points more. In this way, saving is in second position for the first time since the survey began in 2017.

From the banking comparator they attribute these increases to the coronavirus crisis . “The pandemic has impacted our personal life and our economy, causing a contraction in spending that could turn into a recession in the coming months ,” they predict.

“The fear of losing a job or suffering an ERTE again is leading many people to increase their level of savings for 2021 due to what may happen, which is reflected in the way in which they would use the Lottery prize Christmas ”, they add.

In any case, paying off the mortgage or finishing paying the car loan, among other debts, are usually the first destination of El Gordo for those surveyed year after year, also due to the magnitude of the gratification.

“The first prize of the Christmas Lottery is not like a EuroMillion”, admits the financial expert of iAhorro, Antonio Gallardo, so it would not be possible to fantasize much about how to use it.

In this way, when the Treasury applies an immediate withholding of 20% for personal income tax, the tax will reach 72,000 euros or, what is the same, the lucky ones will be left with 328,000 euros net.

A fat man with a little more chicha than in years past. Even so, “this money is not enough for many things if, for example, you have a mortgage in big cities like Madrid or Barcelona,” Gallardo emphasizes.

All the other options in the comparator’s survey lose steam with respect to 2019. The acquisition of a home , which had traditionally been the second preferred option by Spaniards, falls from 22% to 18.9%, and is in third position .

On the contrary, with respect to where they would seek advice, the changes are minor. The bank is the main option for four out of 10 respondents, with a slight rise of three tenths of a point compared to last year.

The highest growth, however, was observed in independent advice, which rose from 23.5% to 24.9%. “In the context of the uncertainty generated by the Covid pandemic, the options of managing the Gordo autonomously decrease (25.3% compared to 26.8% last year) and requesting advice from family or friends, which falls from 10, 5% to 10.3%, ”says Gallardo.

And, if they had to invest the money from the first prize in financial products, the Spanish have it clear: despite not offering profitability, deposits and accounts rise notably, to 46.9%, that is, almost 10 percentage points more than last year. Which suggests that “we privilege security and stability over profitability,” explains Gallardo.