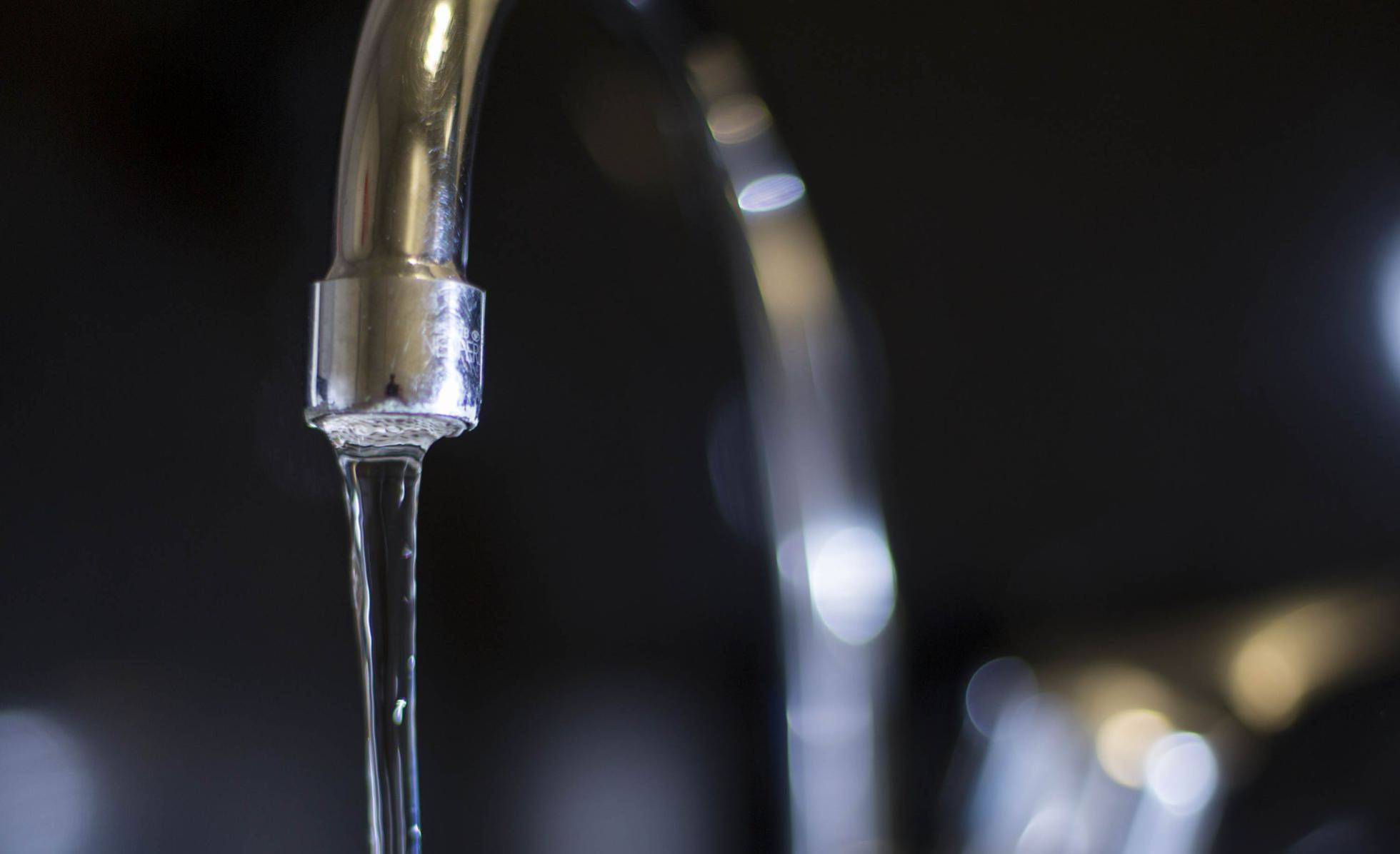 Combining savings and defense of the environment is not only possible, but is increasingly within our reach.

Making changes that reduce the waste of money and resources has benefits not only for personal finances but also in terms of sustainability. Experts point out some of the checks that can be done at home and the actions to be taken.

Contrary to popular belief, self-consumption of electrical energy generated with photovoltaic panels is not just for individual villas and houses. “65% of citizens live in blocks of flats and the right to shared self-consumption allows neighborhood communities to install photovoltaic panels to supply part or all of the building,” underlines the Institute for Diversification and Savings of the Energía (IDAE) on its website.

“Photovoltaic panels allow to produce at least 50% of the energy needed in a home, with an average saving of 60%, about 338 euros per year, while with a solar thermal system to heat the water a discount is obtained 30% average ”, underlines the spokesperson for the Organization of Consumers and Users (OCU), Ileana Izverniceanu.

The facilities can be with or without surpluses, depending on whether or not they allow the energy produced in excess to be injected into the distribution network . The amortization of the investment is achieved in a period of between six and ten years, since it depends on both the installed power and the use made of the energy, they calculate from the IDAE.

Water
It is true that, compared to bills for other supplies, water is not so burdensome. However, from the OCU they point out several ways to save in this aspect as well and contribute to the defense of the environment. The first of these is to turn off the tap while we lather, shave or brush our teeth.

The second would be to change a tap that wastes water, that is, one that lets more than four liters pass in half a minute. If replacing it is not an option, it is possible to resort to devices such as “flow limiters or switches, aerators or perlizers “, in the words of Izverniceanu.

Nor can you ignore the fact that the toilet generates one of the largest water bills in the entire home. For this reason, double push-button tank models will be chosen, or, failing that, a saving device or discharge limiter will be installed. Also avoid using it as a trash can.

Other gestures that can help save water are showering instead of bathing, using a dishwasher instead of washing dishes by hand, and betting on the efficiency of this appliance and the washing machine.

Windows
They are the most vulnerable parts of a building when it comes to undergoing thermal exchanges between the interior and the exterior. By representing a quarter of the surface of the hole, the frame is very important to enhance thermal insulation.

If it is made of wood, for example, it will be very efficient from this point of view. The opposite occurs in the case that the material used is metal, although, if the frame is equipped with a thermal bridge break, it will also insulate. The frames that work best — but are also the most expensive — are PVC with a six-chamber hollow profile.

The rest of the window will be made of glass. If it is simple, it offers the worst thermal and acoustic insulation. The best is the so-called double glazing, which includes an insulating air chamber between two glasses.

“The window opening and closing system is also important to avoid air infiltrations, since the folding ones allow the overlapping of the frames, and the sliding ones, not”, reads the IDAE website.

Air conditioner
Before launching into the purchase of an air conditioning system, the OCU suggests asking whether the home is cool and located in an area with a benign climate.

“If so, perhaps the user will find it more interesting to simply buy a fan”, says Izverniceanu, “since it is inexpensive, it saves energy and, although it does not cool the house, it provides a pleasant thermal sensation ”, similar to a decrease in between three and five degrees, according to calculations by the IDAE.

If, on the contrary, it is necessary to lower the temperature of the house, it will be necessary to take into account which parts you want to air-condition.

Cooling the whole house could involve undertaking works, so Izverniceanu advises taking advantage of the investment and, incidentally, improving insulation and elements that produce shade, such as awnings and blinds.

The air conditioning installation consists, in this case, of a centralized system that distributes the air through ducts that pass through a false ceiling. The option without work, instead, is to put an outdoor unit and several indoor units ( split ).

If you only want to cool one or two rooms, you should check if there is any architectural barrier when installing the outdoor units. If so, it will be decided to improve the insulation and, if this is not possible either, the recommendation is to buy a monobloc portable system. It is the last resort because “they are not very efficient and very noisy,” says Izverniceanu.

In terms of power, in a system with an outdoor unit and a split , 2.5 kW is more than enough to cover the demand of 20 square meters. With a power of 3.5 kW, the air conditioning could cool rooms of up to 30 square meters.

Heating
Before venturing into buying a new boiler, the OCU stresses the importance of finding out that the radiators are working properly. Only after this first step will the cold boiler pressure be checked, which should not be below 0.5 bar.

If it is also used to heat sanitary water, it must be changed to winter mode or heating plus sanitary water. It will also have to adjust its working temperature, which will depend on the model.

The other tips from the OCU to save on heating are to check that the thermostat is working properly, do not set a temperature above 21 degrees during the day and 16 degrees at night, install thermostatic valves on the radiators to prevent rooms from being colder than others, have only the radiators to be used open, do not cover them and put reflectors on them.

illumination
Since light accounts for a fifth of total electricity consumption, according to the IDAE, its efficiency cannot be neglected. In this sense, led bulbs – light emitting diode, for its acronym in English – are used for all types of lighting , because they are much more efficient than other types of bulbs previously used. “With them you get more light, for less money”, Izverniceanu emphasizes.

A led bulb can provide up to 13 times more light than a basic 230 V halogen. This means, in general, that a 3W led bulb is equivalent to a halogen lamp of approximately 25W, according to the equivalences prepared by the OCU .

“The power in watts (W) can serve as an approximation, but when choosing an LED bulb it is also good to look at the number of lumens (lux), which indicate the real light emission”, Izverniceanu points out, since it is not the same the general lighting of the stairs, which requires about 100 lux, and the area of ​​the children’s room where they do manual work, where at least 500 lux will be needed.

The LED bulb has an average life of 25,000 hours (3 years of uninterrupted operation), that is, from 10 to 25 times longer than that of other types of lamps. By the time the LED lamp reaches the end of its useful life, the halogen will have already had to be changed 5 times.

For this reason, Izverniceanu emphasizes that “although the purchase price is higher, it is compensated by a longer duration, which results in less contamination”.

Home appliances
The electrical appliances that consume the most energy per year in a house are the refrigerator (662 kWh per year on average), the freezer (563 kWh), the television (263 kWh), the washing machine (255 kWh), the dryer (255 kWh) and the dishwasher (246 kWh), according to the OCU.

However, these values ​​may vary depending on the efficiency of the appliance and the use we make of it, since, in most cases, the consumptions indicated on the energy label correspond to the ECO program and, therefore, these they may be higher if other programs are used.

To maximize savings, some measures will be taken, such as not installing the water heater on a terrace, the basement or the garage, and using a special plug to program it in the low-light hours.

The washing machine drum will be completely filled, but without exceeding the maximum load, and it will always set the coldest program possible depending on the type of laundry to be washed. Another tip from OCU is to fill the dishwasher before turning it on, since the half load program does not save much.

As for the oven, it will not preheat for too long, the grill function will not be abused and it will not open to find out what is done; it will also not be placed near the refrigerator. It should not be next to a radiator or a sunny window and it will be checked that the air circulates behind it.

Your thermostat will be regulated around four or six degrees and all its spaces can be used, but without the food being compressed.