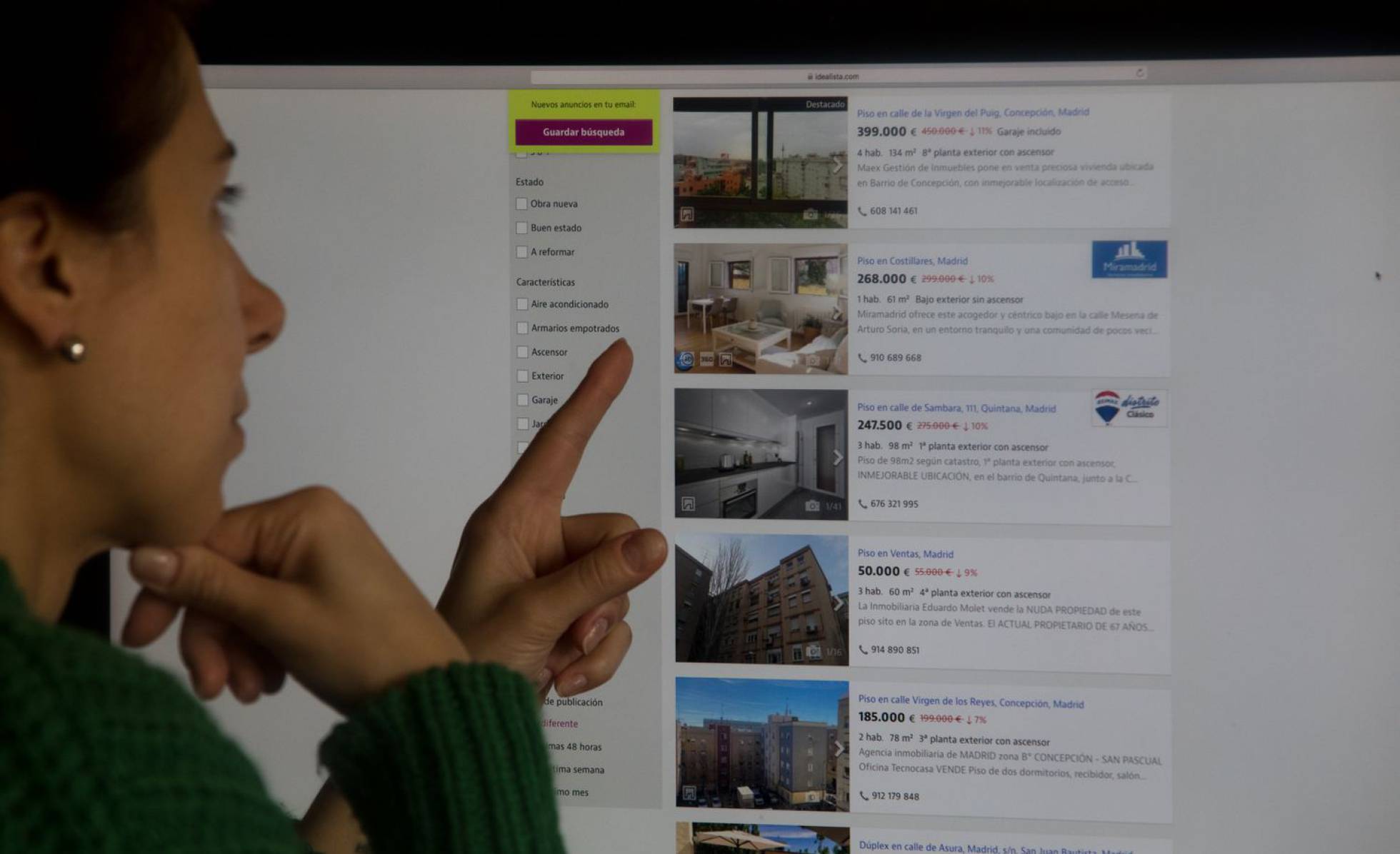 In the harshest days of the health emergency caused by the Covid-19 pandemic, many wondered what confinement would have been like without the internet .

Now it seems clear that the network was not only used to find information , be in contact with others , entertain or place orders , among other things, but that it was also a means to which people went more than in the times before the emergency to find products banking, especially mortgages.

Internet searches for accounts in the first six months of the year – of which more than three were under the state of alarm – increased 18% compared to the same period last year. In the case ofMortgage loans , this rise reached 23.4%, according to data from the bank comparator iAhorro prepared by Google.

Within this framework, iAhorro emphasizes that “digital banks have found an opportunity in the crisis”, since this business has become an essential weapon for financial institutions in their efforts to overcome the consequences of the pandemic and overcome the competition.

In the very special circumstances in which they had to operate, while some banks recorded heavy losses on the stock market motivated by uncertainty and fear of an increase in the delinquency rate, ” entities that only operate online have been able to offer a better service to their clients ”, in the opinion of the comparator’s Mortgage Director, Simone Colombelli.

In this way, during the first half of 2020, EVO —the 100% digital entity, owned by Bankinter— formalized mortgages for a total volume of 124.4 million euros, which is 11% more than what was registered in the entire last year.

A growth that “contrasts with the fall in new mortgage formalizations according to the Association of Property Registrars”, underlines the director of Retail Banking of the entity, Eduardo Vioque. An advance on the data for May shows a decrease of 25.8% in mortgages constituted with respect to the same month last year.

Likewise, from ING —whose business is divided between digital, telephone and face-to-face channels through the 29 offices it has in Spain— assure that “in the strongest months of the pandemic, between March and May, online won more weight compared to the same period of the previous year ”, going from 61% that it represented in the pre-pandemic times, to 74%.

With regard to mortgages, in April the proportion of applications through non-contact channels grew from 68% to 94%.

For the general director of Pibank, Begoña Martínez, the rise in the contracting of these products that her entity registered – for which she does not provide figures – is the result, among other reasons, of “having a 100% digital process”, which allowed to avoid the impact of confinement on their activity .

As happened in other aspects of life and the economy, the health alarm has also brought more digitization to the process of contracting mortgages and has reinforced the trend towards greater acceptance of these products that had been registering since the end of the year past.

“It is possible that without the coronavirus crisis we would have had to wait five or 10 years to see all this,” says Colombelli, for whom “confinement has been the great driver of the digital mortgage.”

But, how can it be explained that online contracting (except for the signature before the notary, which is always in person) of a complex product that often requires a great debt effort on the part of the client, such as the mortgage, can be successful? The interlocutors answer by highlighting the advantages of this method.

” Not having to leave home to manage it these months has been something that users have valued positively,” says Martínez. “Like all digital products, they give greater convenience to the customer, since they can manage it when and from where they need it,” sources from ING agree.

“The formalization processes that we offer are much simpler than the traditional ones, because they avoid the discomfort of going to the office or being aware of the crossing of papers for many days”, summarizes Vioque.

The change is so evident that “from now on a new scenario arises in which the mortgage will only be digital”, predicts Colombelli. Along the same lines, Vioque foresees that “the digital acceleration that the country has experienced will further increase the number of users interested in digital mortgages.”

Something that ING sources agree on, for whom “the increased use of digital channels was a trend that was already taking place and it is likely that, due to the situation experienced, it will accelerate.”

Despite being convinced that this trend will be confirmed in the medium and long term, Martínez clarifies: “We also know that it is a process that will take time.” For this reason, some entities offer, together with a fully digitized option, and to varying degrees, the possibility of using a personalized channel.

Pibank, for example, has five physical offices so that the user can carry out procedures in person. And at ING, clients always have the same manager, regardless of the channel they choose.

Something similar to what happens in Mediolanum, an entity that does not sell mortgages 100% online , but has digitized the management of procedures and documentation, keeping its network of personal advisers active.