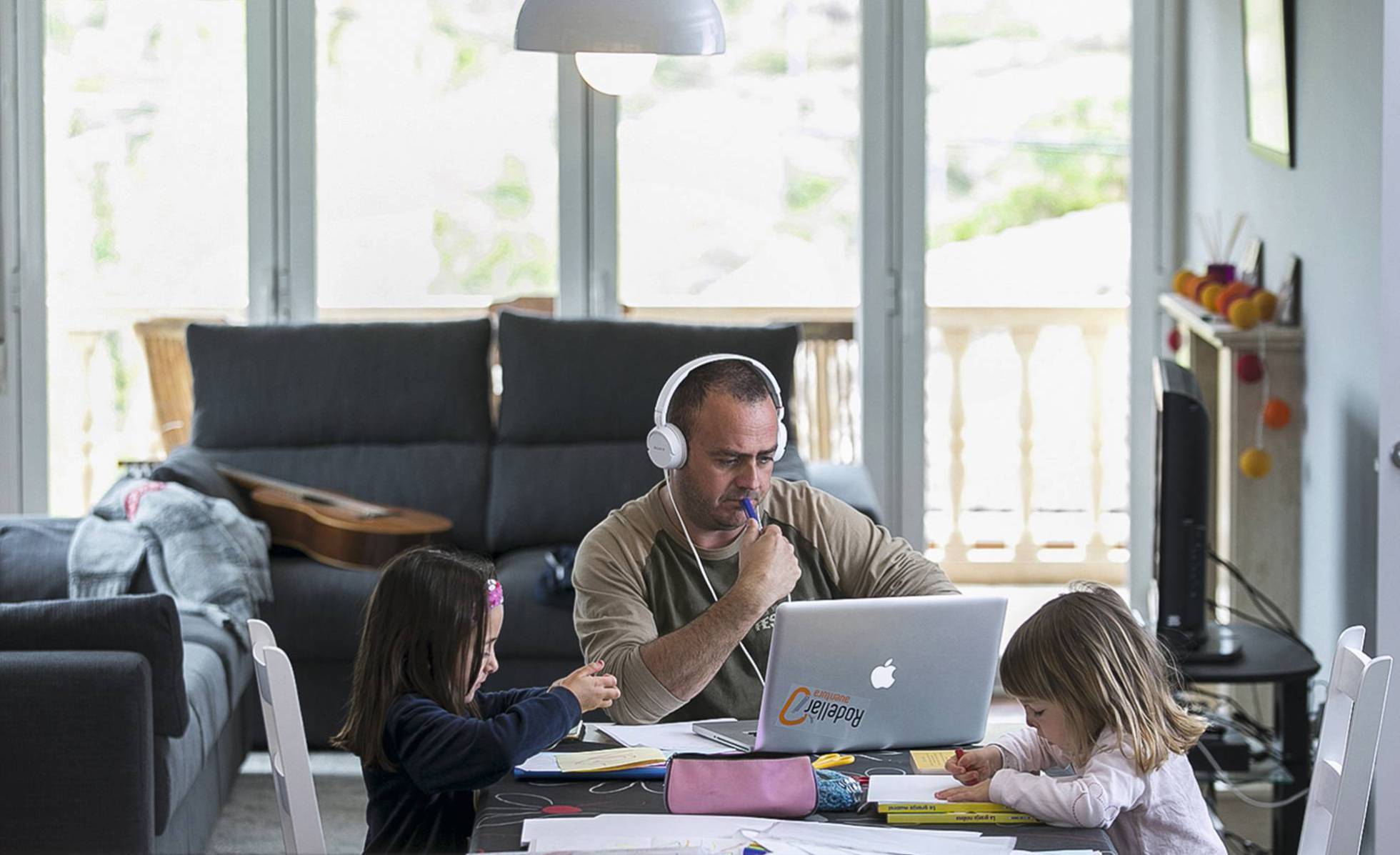 Necessity or opportunity, means to give continuity to the professional duties or obstacle in conciliation with family duties , symbol of flexibility and freedom in the organization of the working day or irruption of work in the time usually dedicated to private life .

Among the more than three million Spanish employees who, according to INE data, adopted telework between April and June due to the health emergency, there are the most varied situations.

But how much do workers and companies save or what added costs does this way of working entail for both parties and who should take care of them? If, first of all, one might think that teleworking is always synonymous with savings, experts warn that reality is more complex.

“We are seeing very different situations in companies, which has also had an impact on the way teleworking is coordinated and the associated expenses,” says Antonio Gallardo, economist at the bank comparator iAhorro.

Perhaps the availability of computer equipment is the clearest example in this regard. If in some large firms the staff or a considerable part of it has been able to take them home, in other cases it has not been possible and the employees have had to assume the use of their personal equipment, sometimes excluding others from their enjoyment members of their families.

For this reason, “in the first weeks the purchases of computers and peripherals such as screens, mice or webcam multiplied, which even became difficult to find in the first phase”, Gallardo emphasizes.

Likewise, the remote worker has had to prepare the specific place of the home from which he undertakes his tasks.

In this sense, the director of the master’s degree in Human Resources at ICADE Business School, Pedro César Martínez Morán, highlights the importance, from a psychological point of view, “to be able to perfectly differentiate between the dining room table and the work table”.

To it will be added “a chair and minimal equipment, which will include a computer, printer, mobile phone and a cloud in which to store digital documents, ” adds Morán.

However, this expert believes that it should be the employer who assumes these costs, a position in which Gallardo agrees. Morán also assures that “in Europe there are companies that are providing not only computers and printers for the worker to use from home, but also tables and chairs.”

Everything that is not saved with teleworkingThe most uncertain return to school in recent history will cost families 2.1% more than last year

Everything that is not saved with teleworkingHow does ERTE affect retirement and pension plans?

Also, having to stay at home much longer than usual in the pre-pandemic era means higher costs for electricity, heating or air conditioning, internet data, and printer cartridges. “There are those who calculate that the costs of cleaning the house also increase or, at least, that part of the house that is used as a workplace “, highlights Morán.

This summer, for example, having used a standing fan has resulted in an average cost of 12.17 euros per month, if the rate is the same throughout the day, or 12.65 euros with time discrimination, they calculate from the buyer Electric Selectra.

The ceiling fan has meant the monthly outlay of 20.85 euros or 21.69 euros, respectively. The cost is higher in the case of air conditioning. A device with an energy efficiency classified A + implies an average monthly cost of 24.68 euros or 25.67 euros, while a portable tower will spend 31.28 euros or 32.54 euros.

Exactly calculating these expenses, however, seems complex, since they are not related to the employee’s tasks exclusively.

“You could compare the expenses of a normal month before the emergency with those of now, but even so it is complicated, because, for example, these weeks many workers have also had to be with their children at home, accompanying them in teaching at a distance ”, Gallardo details.

On the contrary, Morán says he is convinced that there are formulas that the parties can agree on.

“The employer could give the employee a lump sum [fixed and independent of actual consumption] with which the expenses are supposed to be covered, especially for those who telework five days a week, since in their case the comparison with the expenses they had at home before the pandemic is easy to carry out reliably, through the receipts ”, explains Morán. In the opinion of this expert, the compensation could go by sections of days worked per week or month: more days, more money.

In this way, in each company that took advantage of teleworking, “a pilot project would be implemented, the expenses would be studied by comparing the invoices and a balanced agreement would be reached for both parties”.