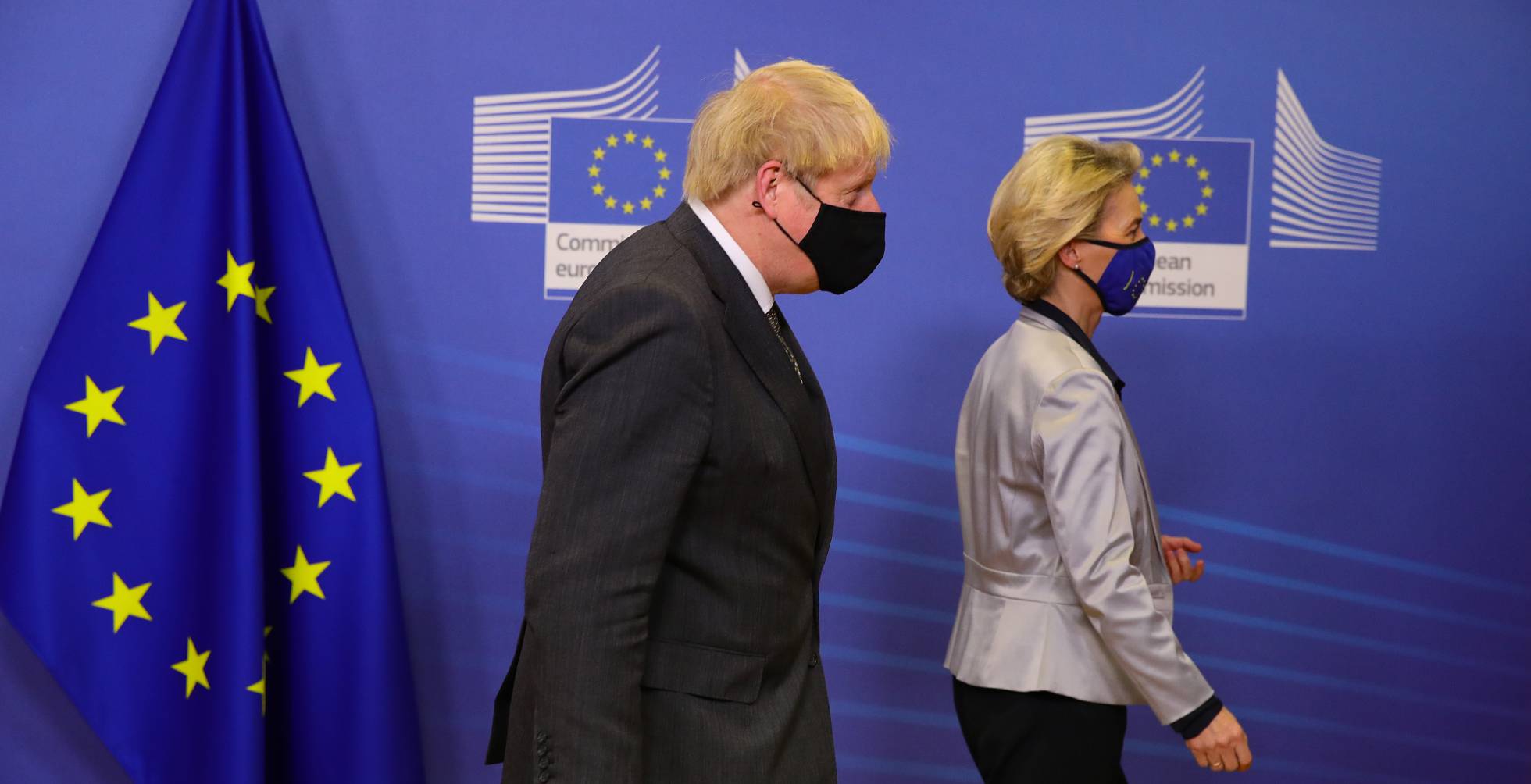 The day marked in red has arrived for the financial sector of the EU and the United Kingdom. Brexit, without significant agreements on this issue, threatens the negotiation of 569 billion euros in derivative products, of which 75% have passed through the City so far.

The World Committee of Derivatives Wise Men (ISDA) has warned of serious problems as of today. The coordinator of the community club’s securities commissions, ESMA, considers that the risks are limited and recognizes “challenges”, but has not taken any action .

The total size of the derivatives market in the EU reached 681 trillion euros last year, when the Spanish GDP in 2020 is estimated at around 1.1 trillion. But, unlike fishing, one of the most difficult points in reaching an agreement between the UK and the Union, no action has been taken to stop a possible time bomb in the markets.

The billionaire amount at stake is a consequence of the enormous volume of assets on which derivatives are signed.

Brexit puts in check the negotiation of 569 trillion a year in derivatives in the EUclick on the photo. Of this total amount, the derivatives with an obligation to trade on platforms are those with interest rates in euros, dollars and pounds, and also those for debt. Those of raw materials, currencies and stocks, which add up to a volume of 112 trillion (see chart), are exempt from serious problems.

In short, the club does not allow banks or European companies to trade key derivatives on London-based platforms. They have had four and a half years, yes, but until the last minute a non-aggression pact was expected. It has not been so. And the potential problems are huge.

Derivatives on interest rates ( interest rate swap ) moved 557 billion euros last year, according to the latest data available from ESMA. These are crucial to cancel the risks linked to what is paid for loans.

Companies usually link their debt to a spread, but they have the possibility of converting the interest to fixed with a swap sold by a bank. This, in turn, is covered in the wholesale market.

Until now, three-quarters of these instruments were traded on London-based markets: 19 of the 32 markets authorized by the end of 2020 by ESMA were there. A part of them has been registered in countries of the Union to try to alleviate the problems, such as Downgate, which opened in Spain in 2019 under the CNMV.

Financial sources indicate that, after agonizing negotiation, the EU wants to reduce to a minimum the dependence of its 27 countries on City services. He wants the industry to keep moving to Madrid, Frankfurt, Amsterdam and Berlin, among other cities. However, this exodus is a band-aid for a gigantic hemorrhage, according to ISDA.

ESMA foresees “challenges” but rules out great dangers, unlike ISDA

That markets have expanded their tentacles beyond the UK is not a great solution. This will allow them to serve as long as they do so with a club based firm, but not when they need to transact with one in the UK.

The lack of equivalence on the equity market – EU banks and brokers must buy, except in exceptional cases, shares listed on one of the club’s markets, even though they are also traded in London – applies to derivatives trading centers.

This has been decided by the European Commission in a kind of blow to the United Kingdom in one of the places that hurts the most. In colloquial language, the operators of the United Kingdom and those of the club will stop talking on this subject.

If no action is taken on this matter in the immediate future, liquidity will suffer as it fragments, and this would have potential impacts on prices, according to an ISDA document dated December 11.

The solution is for British platforms to use an intermediary – a kind of translator – from a third country who the European Commission does recognize as a valid interlocutor. This is where US rigs come in. The EU does validate them. And so does the UK.

From the planetary sanhedrin of derivatives they warn, however, that this is not practical and even warn that it will be impossible for some operators.

Furthermore, although several trading centers have already established subsidiaries in the Union, there is no mechanism developed to execute transactions with the famous credit default swaps (CDS), derivatives to cover the default on private or public debt. “Firms that negotiate these types of instruments will have no choice but to use US platforms,” ​​Scott O’Malia, ISDA CEO, explained in a statement.

The president of the Autorité des Marchés Financiers (AMF), the gala equivalent of the CNMV, Robert Ophèle, already warned in a speech on December 2 that “trying to build derivatives markets in pounds and dollars without a critical mass of strong players would be harmful for the agents of the European market without providing any added value ”.