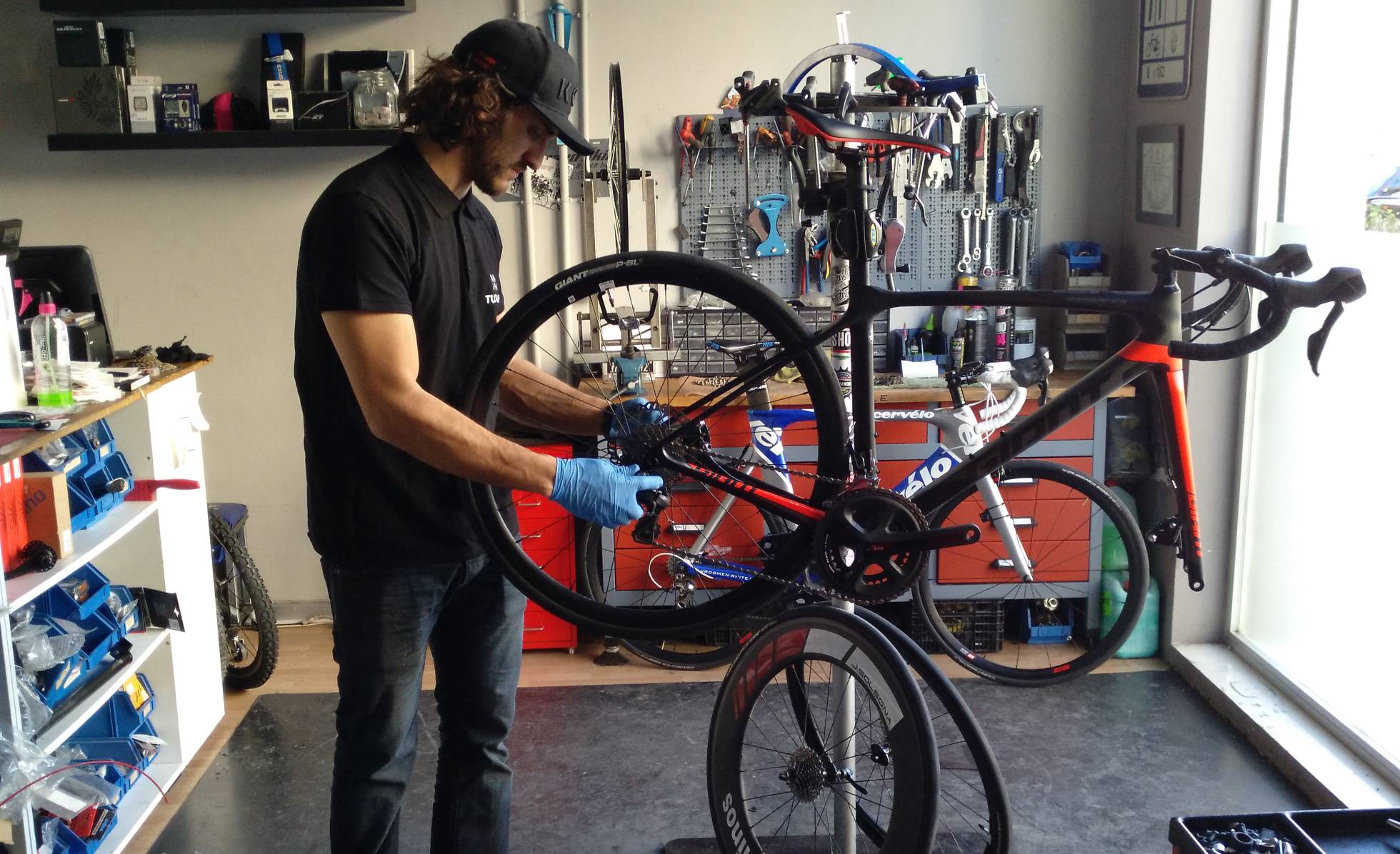 Since the last crisis, the one that originated in 2008 , the mantra is often repeated that a difficult financial time can be a disgrace for many but also a good fortune for others. In the crisis caused by the coronavirus pandemic , beyond applications for videoconferencing and teleworking, there are businesses that seem to be strengthened and with new potential.

Among them, the sale on the internet and in regional supermarkets, the production of preserves, the market for used bicycles, food delivery orders, and businesses related to local commerce.

They are the two winners of the mass consumption sector , which this year has grown by 14.2% in value and 12% in volume, with peaks of 25.7% and 25% during the toughest weeks of confinement, respectively, according to the latest report from the consulting firm Kantar.

Within this framework, the three leaders of the distribution in Spain —Mercadona, Carrefour and Dia— lost market share due to the closure of the hotel trade, while regional chains such as Consmu, AhorraMas or Bon Preu had 14.6%, eight tenths more than in 2019, although during confinement they exceeded 16%.

Likewise, the restrictive measures imposed by the health emergency pushed the online channel to levels that experts predicted for three or four years from now. The data is overwhelming. On the one hand, 47% of consumers around the world made more than half of their expenses through e-commerce , according to the consulting firm Capgemini.

On the other hand, from another consulting firm, Ipsos emphasizes that 45% of Spaniards affirm that they buy more online now than before the pandemic. Along the same lines, the Kantar report shows that online shopping in SpainIt went from a share of 0.7% to 3.6% during the confinement and, once completed, it remained at 2.5%, although in Madrid and Barcelona it can reach 5%. According to Kantar, the pandemic won this channel some 380,000 customers.

Buy bunker . In this way the peculiar composition of the consumer basket in the days or weeks prior to confinement or the introduction of measures restricting mobility is called. In anticipation of them, families collect the products that they fear they will not be able to buy in the event of having to limit their travels.

In seventh place, the demand for canned food increased by 16.8%, according to the online statistics portal Statista. A rise that was noticed in Ferba, a firm based in Aldeanueva de Ebro (La Rioja) that produces canned asparagus, mushrooms, mushrooms, legumes, tomatoes, peppers and corn, among others.

“We had to increase the workforce, not only due to the new security measures, but also to satisfy the strong demand, mainly during the first months of the pandemic,” says its commercial director, Jesús Miguel Fernández. In his words, the increase, which amounts to 20% between March and April, is explained by “the exaggerated purchase of all consumers who came to leave supermarkets exhausted of products for fear of shortages, which never happened ”.

The unexpected growth, however, occurred only in the retail channel (supermarkets) and was offset by “zero sales in the hospitality industry during total confinement,” highlights Fernández, so that the turnover of this company remained stable with compared to last year.

As soon as the Government opened its hand and allowed people to leave the house to practice individual sports, the residents of all the big cities began to run almost massively through the streets. Not by chance, at the end of May a survey by the Ipsos consultancy included the intention of 88% of Spaniards to integrate physical exercise in the open air into their routine.

They do not doubt this good purpose in Tuvalum, a website that not only serves to put sellers of used bicycles in contact with potential buyers, but also manages payments, shipments and controls their quality, to ensure that they are in good condition.

In this company, which began its journey in 2015, the pandemic has been a true turning point. “Before confinement, the average number of days it took to sell a bicycle was 55, since June it is 18, and some models are sold the same day the ad is uploaded,” says the CEO of the firm, Alejandro Pons. In this way, between March and September, some 2,200 bicycles were sold through Tuvalum, almost the same number as in all of 2019.

The pandemic brought about another change. “In the last three years we have always sold more mountain bikes, but after the confinement the trend has been reversed and 60% are now road bikes,” says Pons. “The average ticket has also increased by almost 200 euros, reaching 1,400 euros,” he adds.

For Pons, the reasons for success lie in how the arrival of Covid has transformed our day to day. “Before the pandemic, the most common routine was joining a gym; with the coronavirus, however, there is little desire to get into a closed place sharing dumbbells, and many people who did not practice cycling have started to look towards the bicycle, “he explains. “This, in addition, is a safer way to prevent possible infections in urban movements than the subway or the bus,” he adds.

23% of Spaniards say they have increased the consumption of food at home during confinement. 63% have used a delivery service such as Just Eat, Glovo, Deliveroo or Uber Eats and, of these, 18% have even chosen to try new places.

Before the arrival of Covid-19, delivery was already a common form of consumption for 54% of Spaniards, concentrated during weekends (51%) and in a context of plans with friends (47%), according to an Ipsos survey conducted by Unilever Food Solutions, together with Facyre and Hostelería de España.

Three out of four Spaniards now buy more in their neighborhood stores than a year ago and 66% are spending more in them, and consciously, to help local communities recover, according to the latest Mastercard study.

“This crisis is severely affecting SMEs, since almost 70% of Spanish businesses are experiencing difficulties to face current expenses such as payroll or premises payments as a result of the pandemic,” says the CEO of Mastercard Spain, Paloma Real.

Despite the fact that the arrival of the Covid has exacerbated the crisis in which retail has been mired for years, there is encouraging data about the possibility that it can reinvent itself and flourish again .

Eight out of ten Spaniards (77%), for example, now value the premises in their neighborhood more. The reasons that have led consumers to discover businesses in their respective neighborhoods are limited mobility and travel (58%), convenience (37%), and the desire to avoid queues at large stores (36%).