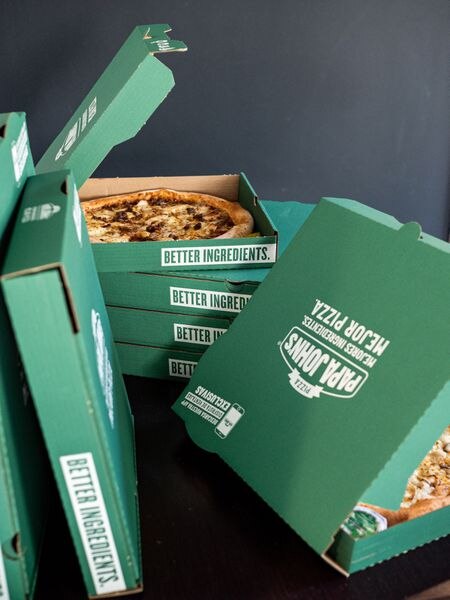 The objective is clear: to go from 75 to 210 establishments. Papa John’s has started 2021 with its growth plan in Spain between eyebrows. A strategy with which it intends to open more than a hundred restaurants and triple its workforce in the next three years.

The American pizzeria chain, which operates in almost fifty markets and has more than 5,500 locations around the world, landed in Spain in 2015. Since then, Papa John’s has controlled the business with its own restaurants, but now the company is ready to make the leap to the franchise model.

Juan Olave, CEO of the Drake group, a holding company of which the American company is part, is already piloting a project that will increase the number of restaurants in the Iberian market by 180%. In this mission, franchises will play an essential role when expanding throughout the national territory.

“We have enough restaurants to teach our franchisees that the model works and that there is a support structure for operations, purchases, marketing … that makes it an attractive and solvent business,” says the executive. The average cost of opening a franchise is 300,000 euros of which Papa John’s charges a 5% royalty and another 5% for the launch of the brand.

The touchstone has been Portugal, where they already have a franchised establishment in Lisbon. This pilot action has allowed the company to have the “greased machinery” to sign the first agreements in Spain during this month of January.

Papa John’s is looking for franchisees “committed” to the company’s strategy, who also have experience in the restaurant sector and who are willing to open between three and five restaurants in the next three years. “It is a concept that works. The business model is scalable ”, says Olave confident of the potential of his brand.

Papa John’s is based in Madrid. Its presence in the capital has taken hold and it has 45 restaurants. In the metropolitan area of ​​Barcelona it reaches ten. Very far from the three stores it has in Zaragoza and Valencia.

To establish himself on the national board, Olave looks to Andalusia and focuses the next operations in Malaga and Seville. Nor does he forget the Basque Country and Galicia. While franchises facilitate the presence in other cities and provinces, the new own pizzerias will open in large population centers.

Papa John’s plans to open another 60 restaurants in the Iberian market and has already done its homework: 50% of those corresponding to 2021 “have already been signed.” This is a “guarantee” to meet the objectives of exceeding the more than 200 locations that the company has set.

Despite the covid-19 health crisis, Papa John’s has invoiced more than 38 million euros at the end of 2020, compared to 33.6 million euros corresponding to 2019. “We have grown more than 10%, counting almost on the same number of restaurants ”, emphasizes Olave.

Openings have been “minor” during the pandemic, so the newly appointed CEO of the restaurant chain considers this result “very commendable” in such a difficult year. Many stores have been closed for months and during the de-escalation, the workforce was burdened with the “psychological effort” due to the risk of contagion: shift employees were reduced and all hygienic-sanitary protocols were implemented to provide “quality service” in time and form that clients demand.

The pandemic caused the consumption and collection of products in the premises to be reduced. According to the study by the home delivery company Just Eat, the health crisis has destroyed 90% of the volume of hospitality activity, making home delivery emerge as “a lifeline for the sector”.

This report, Gastrometer 2020 , shows that during the lockdown the number of home orders increased by 50% . Papa John’s has its own pizza delivery service and is also in the main aggregators. ” Delivery has always accounted for a significant percentage of our billing and there was a balance with sales in theaters,” says Olave.

The company has improved its figures as consumption habits point towards food delivery. However, Olave is aware that “not everyone likes to eat pizza at home.” For this reason, it does not prioritize any sales channel and hopes that, once the health crisis is over, there will be a “rebalancing” and customers will return to the restaurants.

That’s where Papa John’s new growth plan comes in. “Physical expansion is not a risk, but a necessity. We have to gain size and grow in other parts of Spain and we are going to underpin this strategy with the arrival of franchisees ”.

The Just Eat report shows that pizza is king of takeout food. The barbecue, the carbonara and the four cheeses occupy the podium of the best-selling dishes nationwide in a year where Italian food has overtaken the oriental.

After five years in the Spanish market, Papa John’s wants to establish itself among the main references in the pizza sector and has Telepizza and Domino’s as competitors. He came differentiating himself thanks to the characteristic chilli and garlic sauce that accompany his pizzas, but now he wants to go “beyond” these marketing claims.

“We have the best ingredients and the best pizzas,” says Olave. And he concludes: “The competition arrived much longer and is more expanded. Our challenge is to grow in other cities to gain brand awareness ”.