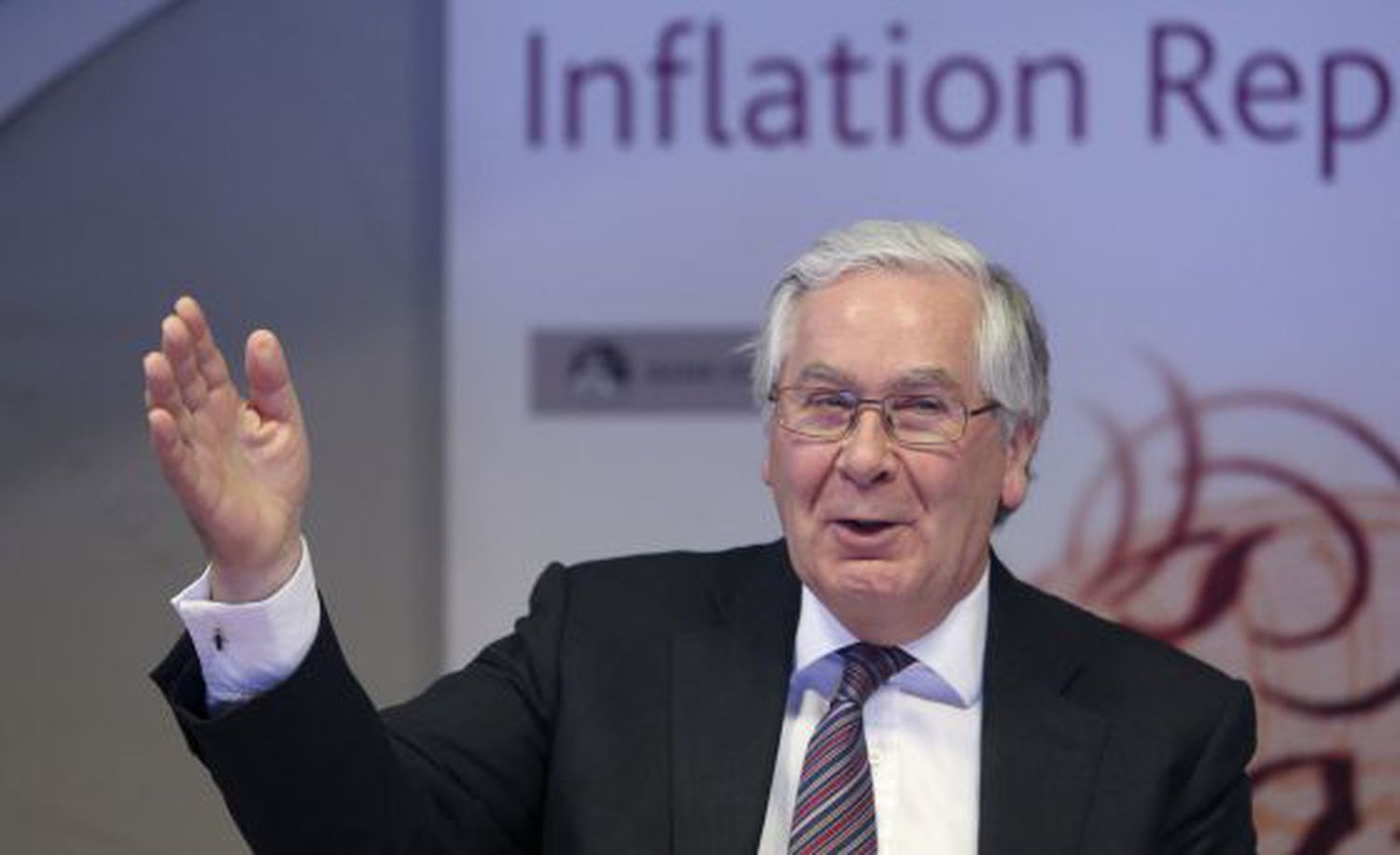 Baron King of Lothbury, no less, and “the most brilliant economist of our generation,” wrote one of the greats, historian Tony Judt.

The curriculum of Mervyn King (Chesham Bois, northwest of London, 73 years old) would not fit on a marriage sheet, but in these pages he appears for two essential books ( The End of Alchemy , Deusto, and Radical Uncertainty, yet to be translated ) and for that peculiar impudence in talking about the most delicate issues that comes from having been one of the most powerful central bankers during those turbulent times we call the Great Recession.

King was governor of The Old Lady: the Bank of England,the second oldest central bank in the world, founded in 1694 to raise money to refound the English navy after it was destroyed by France. Capable of shaking up British leaders (“incompetent” in Brexit) and Europeans (predicted the breakdown of the euro in 2016), and capable of buzzing the system (“stagnation is synonymous with capitalism”) and bankers alike (“Greedy and arrogant, they believed that they were doing God’s work”), King talks to EL PAÍS to predict “a debt crisis”.

And soon. His management from 2008 on was highly debatable, but later he understood the problem better than others and adopted ultra-expansive monetary policies, despite the fact that he is now critical of central bankers. Especially with the ECB: “It has entered political territory.”

Covidnomy. “Covid is a classic example of radical uncertainty : a global pandemic was a highly probable event, as is a climate accident, but it still turned the world upside down.

The impossible thing was to know that a coronavirus from China was going to spread around the world and assign a probability to that event: mathematical models are great, but before engaging in that absurd task of trying to measure everything, you have to make an effort to know the nature of phenomena such as covid. I see a lot of economists believing that they will apply their outfits to anything, and that is not having understood anything ”.

Do we learn something? “The Great Depression was a shock to economics. The Great Recession was disappointing in terms of economic thinking: the crisis was a failure of the system and the ideas that underpinned it, and yet we lost the opportunity to rethink it.

With the rules that regulate aviation, air accidents have become less common; financial crises, on the other hand, are becoming more frequent. But with the covid a good thing may happen: that the resources go from unviable sectors and companies to sectors and companies with a future ”. King paraphrases Schumpeter and his creative destruction.

Fragility. “The modern economy puts the accent on efficiency. The financial system is a good example: before the crisis the banking system was very efficient and earned lots of money, but then we saw how fragile it was, and an effort was made (with only partial success) to increase its resilience ”.

“I did not fight in any war. I didn’t pay for my education. In our countries we have Social Security, benefits, public health. But the coronavirus has revealed how fragile our societies are, even the most advanced ones: politicians must focus on that, on increasing the resilience of the system ”.

Crisis: next stop. “In 2020, the developed countries fell by 10% and this year we will grow by around 5%: the exact figures are completely the same, the really important thing is not to forecast GDP, but to broaden the focus. And what is looming is a debt crisis, which will come soon.

Global debtit is above 2007 levels, and companies and states have increased it further with the pandemic. When the crutches of the State are withdrawn, there will be company bankruptcies, and most likely sovereign debt crises in emerging countries.

The fact that all this is going to happen in a more or less synchronized way is a serious problem, with the potential to provoke a financial crisis, particularly in the euro zone. It is impossible to know when and where exactly that will happen, due to the radical uncertainty, but the system creaks on the debt side ”.

Monetary policies. “It is time to say loud and clear that there are limits that central banks cannot cross because they do not have a mandate.and because nobody votes for the central bankers. In 2020, with the emergence of the covid, governments hibernated the economy: the current economic narrative tells us that the combination of fiscal stimulus and ultra-expansive monetary policies has been a success, but I cannot see the benefit of the activism of the central banks.

I have been arguing with my wife for days if it is time to go to dinner at our favorite restaurant in London: the tenor of this discussion is not going to change because interest rates continue to drop. What is needed is for governments to support companies and workers: it is not the central banks who have to do that, and they do not have a mandate to do so ”.

The euro. “The danger is that central banks are starting to do things for which they have no mandate and jeopardize their independence. The extreme case is the ECB, which has become a political animal: it has spent years relocating resources from one part of the eurozone to another without a mandate to do so.

The euro was created by pretending that a monetary union is viable without a fiscal union. This causes constant tensions, as we saw in 2010 in the South: in the absence of fiscal transfers from the North to the South, it is very difficult to keep the euro zone together.

With the covid, Europe has not opted this time for austerity but for European funds: for fiscal transfers. But at the moment it is something temporary, for one time, and instead that is a permanent challenge for the eurozone.

“The German minister Wolfgang Schäuble once came to my office in Threadneedle to ask me for advice on how to solve the problems of the euro. And I don’t have the solution, but I did give him three options: permanent unemployment in the South, more inflation in the North, or fiscal union.

“I don’t like any of the three,” he said. And that is the problem, because the only sure thing is that another crisis will come and then it will be too late to fix the plane in mid-flight.

To argue as Schäuble did in his day that the German surplus is useful for the euro as a whole because it generates deficits in other countries is not to have understood the consequences of a monetary union ”.

Lagarde in political territory . “The risk given the inability of politicians to take the step forward that the euro zone requires is that the ECB will be pressured to make fiscal transfers through the back door. That is not a transparent or honest way to deal with the problem. Frankfurt is getting closer to that window, which means accepting political interference.

So much responsibility on the shoulders of the ECB is not good: Christine Lagarde is moving further and further into political territory. With the past crisis we discovered that there is a limit to the economic pain that can be imposed in the search for a federal Europe without a political response. And in the next crisis, divisions may reappear in that battle between political will and economic reality ”.

Spain. “ When Spain joined the euro, it was able to grow very quickly,But it lost competitiveness in spades: wages rose on the back of a bubble and competitiveness disappeared along the way. Spain has been an example of how difficult it is to regain competitiveness even with reforms: it has not managed to lower unemployment below 15%.

Exchange rates exist for a reason: Spain joined the euro and lost that possibility of adjustment, as happened to my country 100 years ago with the gold standard. Spain has done its homework, has made tough reforms, but unemployment is still very high. Spaniards have to accept that high unemployment may be the price for being in the euro.

Spain was emerging from a dictatorship and Europe was a leap towards democracy; I understand that the Spanish were willing to make that sacrifice in their day. We British never were. But the price is very high.If Italians had been told 20 years ago that if they entered the euro they would not grow at all, would they have joined the euro? I doubt it ” .