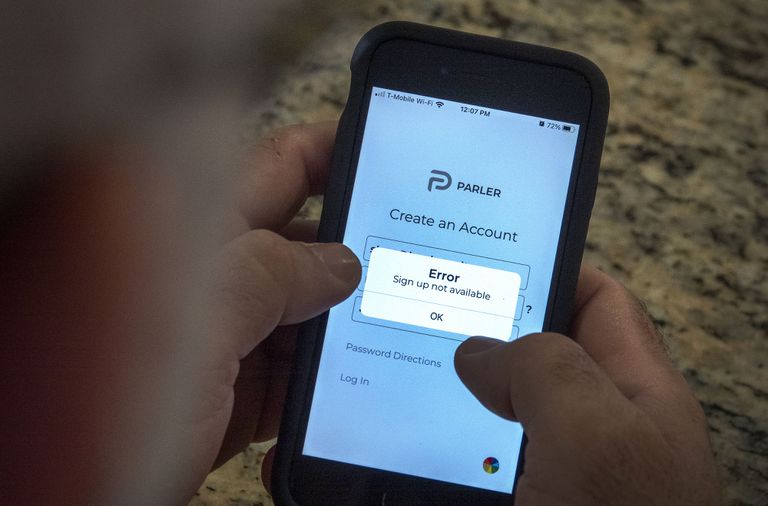 The social network Parler has ceased to be accessible on the Internet after Amazon Web Services (AWS) fulfilled its promise to withdraw access from this platform to the servers offered by Bezos’ company.

The giant announced its intentions this Sunday, thus adding to the vetoes imposed by Google and Apple in response to the lack of moderation of the content dumped in Parler, which according to these same companies, opens the door to conspiracy theories, hate speech and content that instigates violence.

The web address of the social network now shows an error message, as this newspaper has been able to verify. This suggests that the platform has yet to find alternative servers to move to. Parler’s own CEO John Mazte ​​admitted the possibility that his company’s services would be unavailable for a week, but was willing to rebuild them “from scratch.”

This restoration process will now have to cope with withdrawals from Apple and Google application galleries, and it will require a new server company to host its entire infrastructure.

“We will try to move to a new provider right now, as there are many competing for our business,” says Mazte ​​in a post published yesterday on his now-defunct platform. The executive describes what happened as a coordinated attack by the tech giants to eliminate competition.

“We have prepared for events like this by not relying on Amazon’s private infrastructure and building compact products,” he said.

Parler, who presents himself as the alternative of “freedom of expression” in front of Twitter and Facebook, had in recent months become a kind of refuge for the most right-wing tweeters suspended from the social network or who, disappointed by the new policies of privacy and publication on the main platforms, they were looking for a space “without censorship”, as this social network is usually sold, which does not like to carry the sanbenito with which it is usually defined, “the network of the extreme right”.