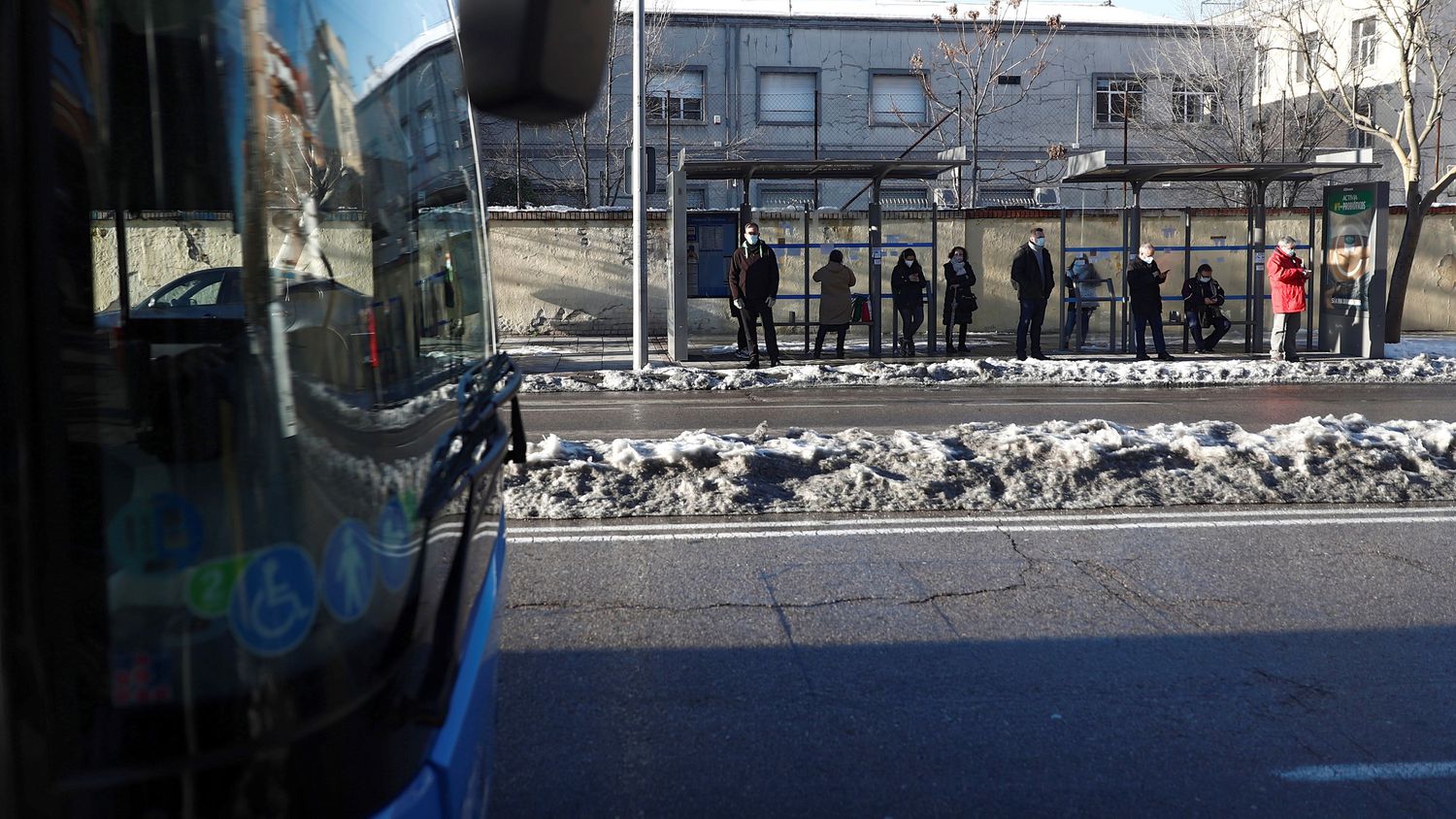 Almeida asks not to use the car and announces that the EMT public transport will be free until Wednesday. 200 Army personnel join the cleaning of Guadalajara and Toledo | Autonomous and Complutense universities delay the return to classrooms | The Community of Madrid postpones the return to school to Wednesday | 235 roads are still affected

The mayor of Madrid, José Luis Martínez-Almeida, has asked citizens this Sunday not to use the car in the coming days to allow a more efficient cleaning of the city after the heavy snow that fell eight days ago today. Almeida has announced that EMT public transport will be free until Wednesday included.

The City Council will not charge for the parking of vehicles in regulated areas. This weekend, more than 200 personnel from the Army will be deployed in the provinces of Toledo and Guadalajara to face the effects of the storm Filomena.

Part of the military arriving this Sunday will stay in the region of Molina de Aragón, which has marked the lowest temperatures of these days, while the rest will reinforce the operation that is already operating in the capital of Castilla-La Mancha.

A week after the snowfall, only a third of Madrid’s streets are clear. Cleaning work has intensified this weekend, with 200 washing machines provided by the City Council and the deployment of the UME in municipalities such as Alcorcón and Pozuelo de Alarcón.

The regional government postponed until next Wednesdaythe return to the classrooms of all public, subsidized and private centers. In Castilla-La Mancha, schools will resume face-to-face learning activity on Monday.

So will the universities, except the Complutense, which postpones the return to January 20, and the Autonomous, which delays it to January 25. The Aemet warns that the polar cold wave will last until Wednesday of next week . Up to 235 roads are still affected by snow and ice, according to the General Directorate of Traffic .

The Torrejón de Ardoz City Council has announced that it will reopen on Monday the libraries, cultural centers, swimming pools, gyms, Social Welfare, the City Museum and all the administrative offices after the passage of the Filomena storm .

However, because significant amounts of snow and ice still exist, fenced parks remain closed until further notice; in all green areas, children’s, geriatric and canine areas; outdoor sports facilities; and the markets of Wednesday and Sunday, has indicated the Consistory in a communiqué. (Europa Press)