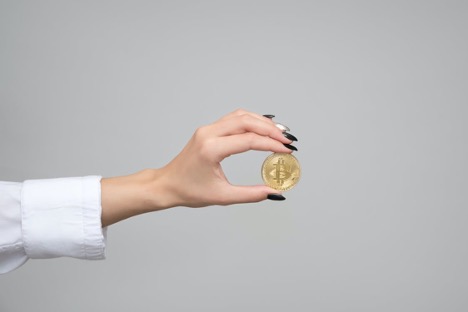 Bitcoin, the first cryptocurrency ever introduced, has been around for quite some time. It is tagged as the most stable digital currency to date, but many still feel a bit skeptical or intimidated by it, mainly because they do not know about its potential and just how convenient it is to use.

If you are new to the world of Bitcoins and cryptocurrency in general, read on to find out why Bitcoin is considered the money of the future.

Bitcoin is a digital currency that can be used in exchange for products and services, much like a fiat currency. Blockchain, which powers cryptocurrencies, offers a new payment system that facilitates direct and decentralized peer-to-peer payment without central authority or middleman intervention.

Its first proof of concept in the form of a white paper was released in 2009 by Satoshi Nakamoto, a pseudonymous person who developed Bitcoin.

Nobody owns the Bitcoin network; it is controlled by multiple developers and its users, spread all over the globe. They agree on a consensus to use compatible software and versions of the cryptocurrency for it to work seamlessly.

Like other cryptocurrencies, Bitcoin works thanks to the blockchain, a public ledger system that records all transactions ever processed within the network. The transactions’ authenticity is validated or processed by users, in a process known as “mining” that uses specialized hardware, and then rewarded with Bitcoins in return.

How cryptocurrencies are making waves in the business and financial sector

Businesses, both big and small, are beginning to see cryptocurrency’s potential. A 2019 survey by HSBC reveals that 36% of small- to medium-sized U.S.-based businesses now accept cryptocurrency as payment.

The advantages of using Bitcoin

While many are still a bit wary of using Bitcoin because of its decentralized and unregulated nature, remember that its strength lies in the faith and assigned value its users put in it, like any other currency in existence.

Bitcoin is becoming increasingly stable as more and more people invest in it. However, it is still a challenge to plan for it in terms of financial statements, figuring out taxes, and setting prices since it is a volatile currency.

And as it is, the outlook appears good for the cryptocurrency, with big businesses jumping into this exciting new era that accepts Bitcoins into the fold of usable currencies. Some of the top benefits of using Bitcoin include:

When using Bitcoin, paying exorbitant transaction fees that can significantly drain your cash flow over time will be a thing of the past. Transactions usually cost anything between one percent to none at all, compared to the 2–3% transaction fees charged by other payment channels.

This is great news and is especially beneficial if you own a business because bigger financial institutions won’t have to get a cut of your profits.

Unlike traditional banking, using Bitcoin will not entail long waiting times, thanks to decentralization. Though critics often cite this as a reason for mistrusting cryptocurrency, advanced blockchain technology also allows for nearly instant exchanges every time.

·         Borderless exchange of goods and services

Bitcoin is a currency that can be used anywhere in the world. Cryptocurrencies are not bound to government regulation or other institutional restrictions.

When you use Bitcoins, you bypass having to pay for foreign transaction fees and exchange rates. If the other parties concerned also accept Bitcoin, you might pay with the cryptocurrency anytime in exchange for goods or services.

How to get started with your investment

All you need to start using Bitcoin is a mobile application with an e-wallet that allows you to trade, send, and receive it.

Before you invest, you have to be aware of the factors that impact its price. These include supply, the latest news on the currency, Bitcoin integration into new payment systems and financial frameworks, and cryptocurrency regulation changes that may push its value up or down.

You can also look into other cryptocurrencies if you plan on venturing more into this kind of investment. Closely related to Bitcoin is Bitcoin SV (Bitcoin Satoshi Vision), born out of another cryptocurrency’s “hard fork.”

While it is related to Bitcoin, BSV is different because it has a bigger block size at 128 MB. This allows the crypto to perform with higher bandwidth and faster transaction speed. Benefits other than its big block size have allowed BSV to rise to the top 15 cryptocurrencies by market capitalization.

However, like Bitcoin, BSV is volatile, too, though experts believe it to be ideal for long-term investment.  It is expected to rise steadily until the end of 2021 and continue to grow in the following years.

Bitcoin is the money of the future. As more companies and financial institutions accommodate it into the business framework, its stability will likely increase.

Like any investment, putting your money into cryptocurrencies like Bitcoin or Bitcoin SV will involve some risk, but it is always worth a try, seeing how promising the future is for cryptocurrency.