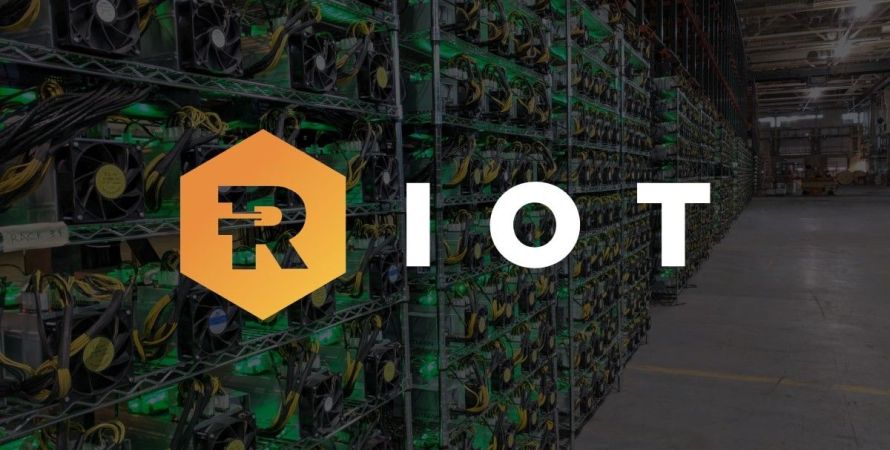 Riot Blockchain stated that it has signed a definitive agreement with the mining company Whinstone US, Inc. currently owned by Northern Data. Certainly, being part in cash and part in shares. All this, according to an announcement made on Thursday the 8th.

First of all, Jason Les, CEO of Riot Blockchain said: “ Riot will be the sole owner of the largest Bitcoin mining location in North America. With very low production costs and one of the most talented development teams in the industry .

Likewise, Chad Harris, Co-Founder of Whinstone said: ” We are excited to join Riot as both Riot and Whinstone share a vision for the future of Bitcoin mining in the United States .”

It should be noted that the transaction is expected to close in the second quarter of 2021. Subject to regulatory approvals and other customary closing conditions.

Riot Blockchain acquires Whinstone US Inc.
For its part, Riot Blockchain indicated that the acquisition will diversify its income and create significant financial and operational synergies.

Indeed, the purchase was announced through a statement by Riot Blockchain. American Bitcoin mining will pay $ 80 million in cash. The remainder will come from the sale of around 12% of its shares to Northern DAG.

Overall, based in Texas, the Whinstone data center has a capacity of 300 MW and Riot said this number could expand rapidly, with an addition of 450 MW. Generating a clean and significantly risk-free path for its growth.

For Riot Blockchain, buying Whinstone offers an opportunity for the company to increase its Bitcoin mining capacity. According to Jason Les, the path of the future of the Bitcoin miner is one that involves increasing the participation of the United States in the global landscape of Bitcoin mining.

In this regard, could not miss the comment of Michael Saylor, CEO of MicroStrategy, who expressed: “ As all this is made public, capital will emerge in the institutional investor industry through agreements like this, accelerating the network expansion ”.

What is Northern Data’s opinion?
Overall, in its own announcement of the deal, Northern Data revealed that the sale of Whinstone to Riot Blockchain will not have a negative impact on its earnings before interest, taxes, depreciation and amortization.

Most notably, the $ 651 million purchase of Whinstone follows numerous inventory expansions by Riot.

So, Riot Blockchain claims to be one of the leaders in the areas of Bitcoin installation and mining. Being able to evidence, when the company announced that it placed an order for 42,000 Bitcoin mining equipment, which is expected to be delivered in October 2022.

To conclude, the new acquisition of Riot Blockchain establishes the company as a leader in the area of ​​publicly traded Bitcoin mining in North America. What would be your opinion on the Whinstone acquisition? Let me know in the comment box.

I say goodbye with this phrase from Warren Buffett: ” Never be afraid to ask for too much when you sell, or offer too little when you buy .”