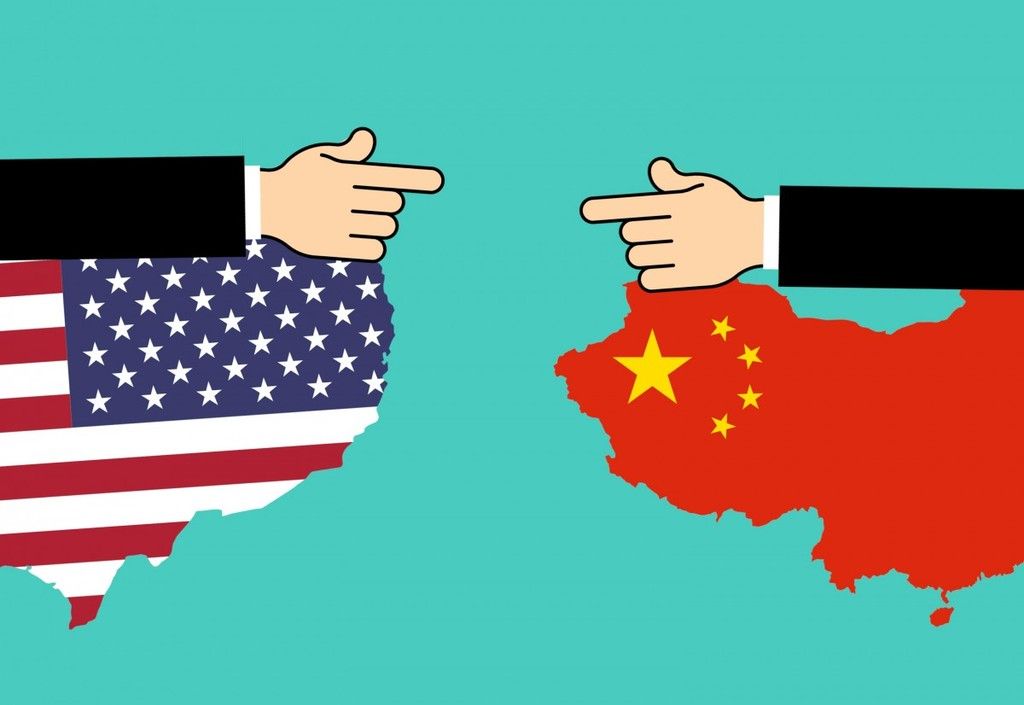 Today two great figures warned about what China could do to the United States if it adopts Bitcoin before the latter. We tell you the details!

China, Bitcoin and the United States, what happens?
During the Big Tech and China virtual event, Peter Thiel, co-founder of PayPal warned that the Chinese government may be relying on Bitcoin as a means to undermine the foreign and monetary policy of the United States.

In this sense, Thiel discussed the impact of China’s digital currency on the hegemony of the US dollar. In this sense, he assured that this CBDC will amount to little more than “some kind of totalitarian measurement device” completely ruling out that this is the true threat to the dollar. However, Bitcoin is for China a clear erosion tool for the hegemony of the dollar.

“Even though I am a pro-crypto, pro-Bitcoin maximalist person, I wonder if at this point Bitcoin should also be seen in part as a Chinese financial weapon against the US, where it threatens fiat money, but it especially threatens the US dollar , “he explained.

Therefore, following up on Thiel’s warning, Anthony Pompliano assured that Bitcoin can undermine the US dollar if the United States does not take a leading role in accepting it.

Pompliano explained that “everyone in the world has the opportunity to use this, just like the Internet. So just because other countries, perhaps adversaries or not of the United States, are going to use it, it does not mean that it is taking an anti-Bitcoin stance. In fact, it is the opposite”.

Thus Pompliano explained that he believes that Thiel really tried to warn that there is significant competition and the United States should notice it. What we need is for the United States to be the leader here. We need to accept this… so we need to make sure that we use this technology to continue to be a leader on the world stage… ”he explained.

Chinese tech company invests in leading crypto
Chinese technology company Meitu announced today that it has invested more cash in cryptocurrencies with a purchase equivalent to $ 10 million in the leading crypto, Bitcoin, according to CNBC . The company’s latest purchase raises its crypto investment in Bitcoin and Ethereum to $ 100 million.

“The Board believes that crypto has wide scope for value appreciation and by allocating part of its treasury in cryptocurrencies it can also serve as a diversification to hold cash … in treasury management, ” Meitu explained according to the statement.

Ukraine Public Officials Own $ 2.67 Billion In Leading Crypto
According to Opendatabot, a Ukrainian platform dedicated to data analysis, public officials in the country own significant amounts of crypto assets.

It is worth explaining that the hryvnias is the currency unit of Ukraine and this figure represents approximately 2.7 billion US dollars. And, if the figure amazes you, you should keep in mind that only officials who officially declared their holdings in crypto are being considered.

According to the platform, only 652 officials declared their holdings in the crypto. Also, according to the data, cryptos are more popular among council members given that 11.8% is concentrated in their hands.

Changpeng Zhao blindly trusts cryptocurrencies
During an interview with Bloomberg, Binance CEO Changpeng Zhao claimed to own almost all of his net worth in the crypto market. In fact, he explained that he does not own properties such as houses or cars since they are “illiquid.”

” I’m one of those guys who value liquidity much more than owning something. In fact, I prefer not to have anything, “he said.

In a few lines …
Tom Jessop, director of Fidelity Digital Assets, believes that the institutional adoption of Bitcoin and other crypto assets will accelerate.

The investment firm Marlton has raised the alerts regarding the ‘abysmal’ discount with which the Grayscale Bitcoin Trust (GBTC) has traded.

Jesse Powell, CEO of Kraken, assured that the crypto exchange maintains its plans to go public next year.

Todd Rosenbluth, an analyst at CFRA Research, believes that the approval of a Bitcoin ETF in the United States will be delayed for at least another two more years.