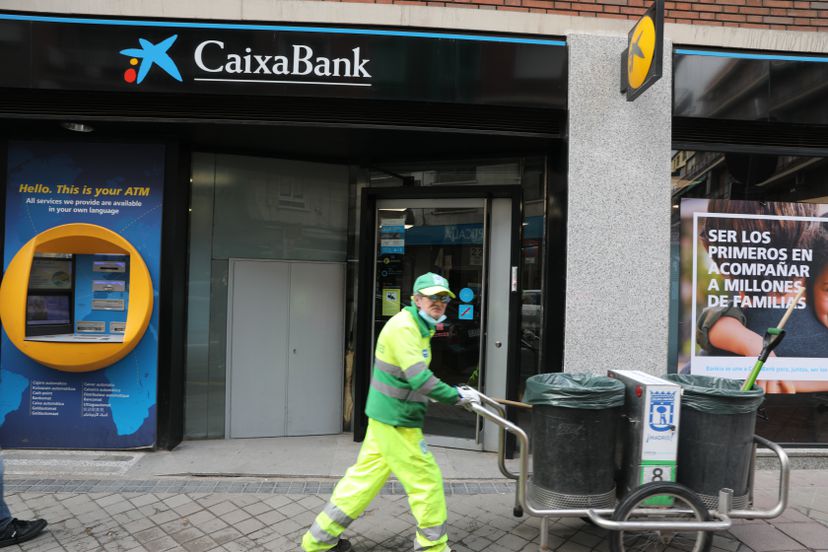 Thousands of employees of large companies already know that they will be the ones who will pay for the broken dishes of the crisis. The pandemic has put the Spanish business fabric at risk, especially in some sectors that face digitization and suffer the consequences of the economic collapse.

That translates into heavy cutbacks. In the last year there have been announcements that affect more than 35,000 employees in banking, retail and automotive firms, among other sectors.

Among the large companies in the national market , employment regulation files (ERE) have been announced in recent months that will affect just over 35,000 workers, according to a review carried out by EL PAÍS. These include those already agreed with the unions, others in negotiation, some in the courts and those just announced.

A wave that, of course, will not end all jobs at once – staggered exit deadlines are agreed upon. “EREs are not being produced on a massive scale. Most of them, moreover, do not respond to the impact of the pandemic, but to a restructuring that came from before due to the change in the model, ”say sources from the Ministry of Labor.

By sectors, the bank takes the cake with the intention of reducing its employees by almost 18,000 people . The entities have been cutting staff for years due to successive crises, technological changes in the business and the new habits of customers, who increasingly use digital banking and less the office.

As if that were not enough, negative interest rates do not help their profitability and threaten the labor model. In the official figures of the Ministry of Labor these files are not yet represented, since they are only included when the negotiation ends and they are recorded.

This process of transformation – and layoffs – has accelerated with the pandemic. Only among the big three (CaixaBank, 7,791; BBVA, 3,450; and Santander, 3,572) will lay off almost 15,000 employees. To these must be added the 1,817 of the early retirement plan presented by Sabadell at the end of last year and the 750 of the ERE agreed in Ibercaja.

It is true that the final figures could be lower depending on the negotiations with the unions, although there may also be new announcements from other entities.

These three major files are followed by El Corte Inglés, with the first ERE in its history: 3,292 departures agreed with the unions . Economic conditions have encouraged 4,312 workers to voluntarily join the plan. Company sources explain that the final number may vary with respect to what was agreed, depending on the needs of the firm by department, so that even more departures than planned could be accepted.

In commerce, if the sale of textiles, perfumery and distribution is included, the number of people affected exceeds 6,000. In addition to El Corte Inglés, the H&M employment regulation file (1,100 exits) stands out. And there are also other firms negotiating an ERE or already with a closed agreement: Douglas perfumeries (492 employees), Coca-Cola European Partners (360) , Adolfo Domínguez (283) and Heineken (228) and Worten (212), among others.

The industry, touched
By sectors, industry (in all its variants) is the one that faces the most exits after banking (just over 9,500). Especially the automotive industry, which accounts for more than half of these planned layoffs.

The company with the most affected employees is Nissan, with 2,500, after the closure of the second largest factory in Catalonia . To these will be added the carry-over effect on other auxiliary and subcontracted companies. Acciona Facilities Services, for example, laid off 500 people.

In the automotive sector there is also the case of Ford (980 employees if we add the 350 that were cut in the middle of last year and the agreement that has just been closed for another 630 people). And related or component firms, such as Continental (750 affected workers) , the aforementioned Acciona and Robert Bosch (660), impacted by the conversion to electric vehicles, among others.

In the energy industry there will also be a significant cut by Endesa (1,200 voluntary departures in four years) and Naturgy (1,000 affected employees from its workforce in Spain). And aeronautics is not free of the snip, with Airbus in the lead (the final number of departures is still being negotiated, which will be around a thousand) and other smaller ones such as Aernnova (82 departures).

Effect of ERTE
The tourism sector and its value chain, those most affected by the onslaught of the coronavirus crisis, are not at the top of the list of large EREs. This is explained by several reasons: on the one hand, it is a very atomized sector. And on the other, which in practice is what carries the most weight, the temporary employment regulation files (ERTE) have supported these positions .

Of the 743,628 workers with their employment suspended at the end of March, just over half (378,039) belonged to food and beverage services, accommodation or travel agencies, according to data from the Ministry of Inclusion and Social Security. “The data shows how ERTEs have cushioned the job cuts. That is the key so that no more ERE has been produced ”, say sources from the Ministry of Labor.

In the collection of departure announcements there are few records of the tourism sector. And those that exist are relatively low: Pullmantur (320 workers affected), World to Meet, the Iberostar travel division (244) and the hotel company NH (187) and the tour operator TUI (163) are the most representative.

Not counting – they have not been added to the general data either – the cut proposed by Amadeus for some 1,600 workers, since the company has not specified the specific figure or how many of them will be produced in Spain.

With these data in hand, the Ministry of Labor defends the positive effect of ERTE, one of the greatest lifesavers deployed by the Government during the coronavirus crisis. “There was destruction during the first phase of the pandemic, but the trend is positive.