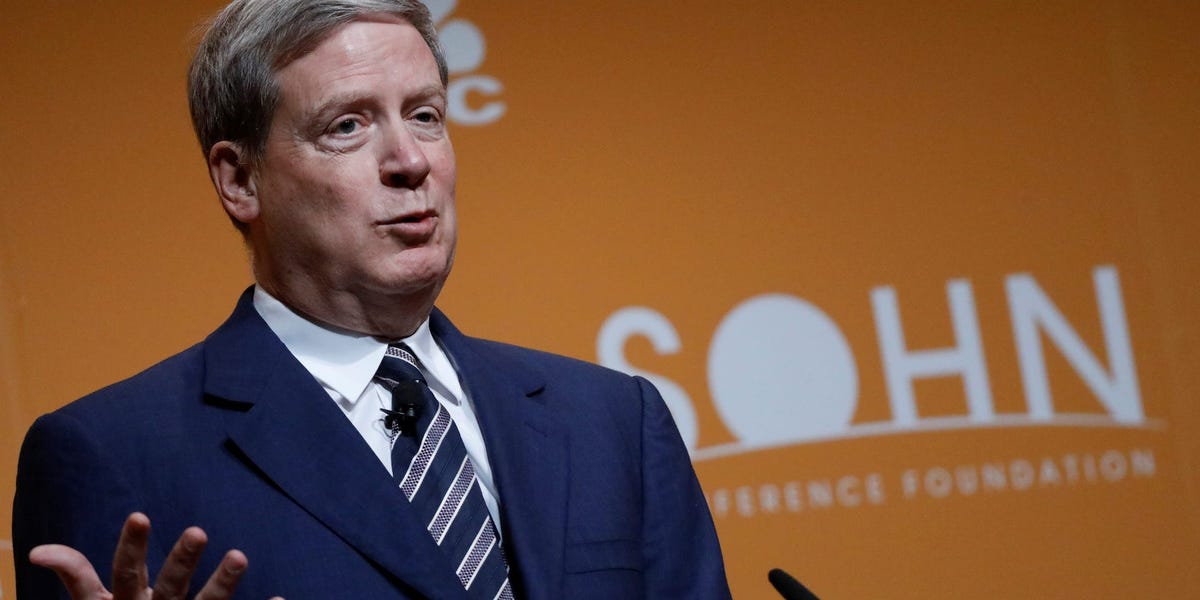 The well-known investor Stanley Druckenmiller said in an interview with CNBC on Monday, May 11, that bitcoin will remain the leader in the cryptocurrency market, due to its value store attribute.

Druckenmiller, former CEO of the Duquesne Family Office, harshly criticized the Fed’s expansionary monetary policies, which could weaken the dollar, losing its role as the world’s reserve currency.

The billionaire investor revealed to CNBC that he owns BTC and that he was attracted to that cryptocurrency, which he considers as a store of value.

“Bitcoin could be an asset class that has a lot of appeal as a store of value, both for millennials and the wealthy on the West Coast who, as you know, acquired a lot,” said Druckenmiller. “It has been around for 13 years and with each passing day it becomes more stable as a brand,” he said.

While he admits that his investment in gold is “many, many times greater” than his investment in bitcoin, he claims that bitcoin is more manageable than gold and has a better beta. This coefficient measures the return and risk ratio that an investment adds to a portfolio. Druckenmiller had already highlighted those advantages of bitcoin over gold in an interview conducted in November 2020, which was reviewed by CryptoNews.

Ethereum vs Bitcoin
Asked whether Ethereum could dethrone Bitcoin in market value, the investor claimed that Ethereum has an advantage over Bitcoin as a smart contract platform, but that it is not likely to outpace Bitcoin because of that. “It’s going to be very difficult to dethrone Bitcoin as a valuable asset,” said Druckenmiller.

To support his thesis, he compared Ethereum to Yahoo, which lost market share to Google. “Yahoo invented the search engine, but we all know what happened to Google and Yahoo,” said Druckenmiller.

The dollar may lose reserve status
Druckenmiller also harshly criticized the Fed. According to the investor, the monetary expansion policy of the issuing entity endangers the role of the US dollar as the world’s reserve currency. “It is very likely that within 15 years the dollar will lose its status as a world reserve currency,” said Druckenmiller.

“I cannot find any period in history in which monetary and fiscal policy was as out of step with economic circumstances as it is now, not one.”

He also maintains that he sees the cryptocurrency market as a way out of the dollar’s weakness. ‘Europe is a complete disaster and who is going to trust the Chinese? I said that cryptocurrencies were the solution in search of a problem and the problem is already clearly identified. It is Jerome Powell [the president of the Fed] and the rest of the central bankers of the world ”affirmed the investor.