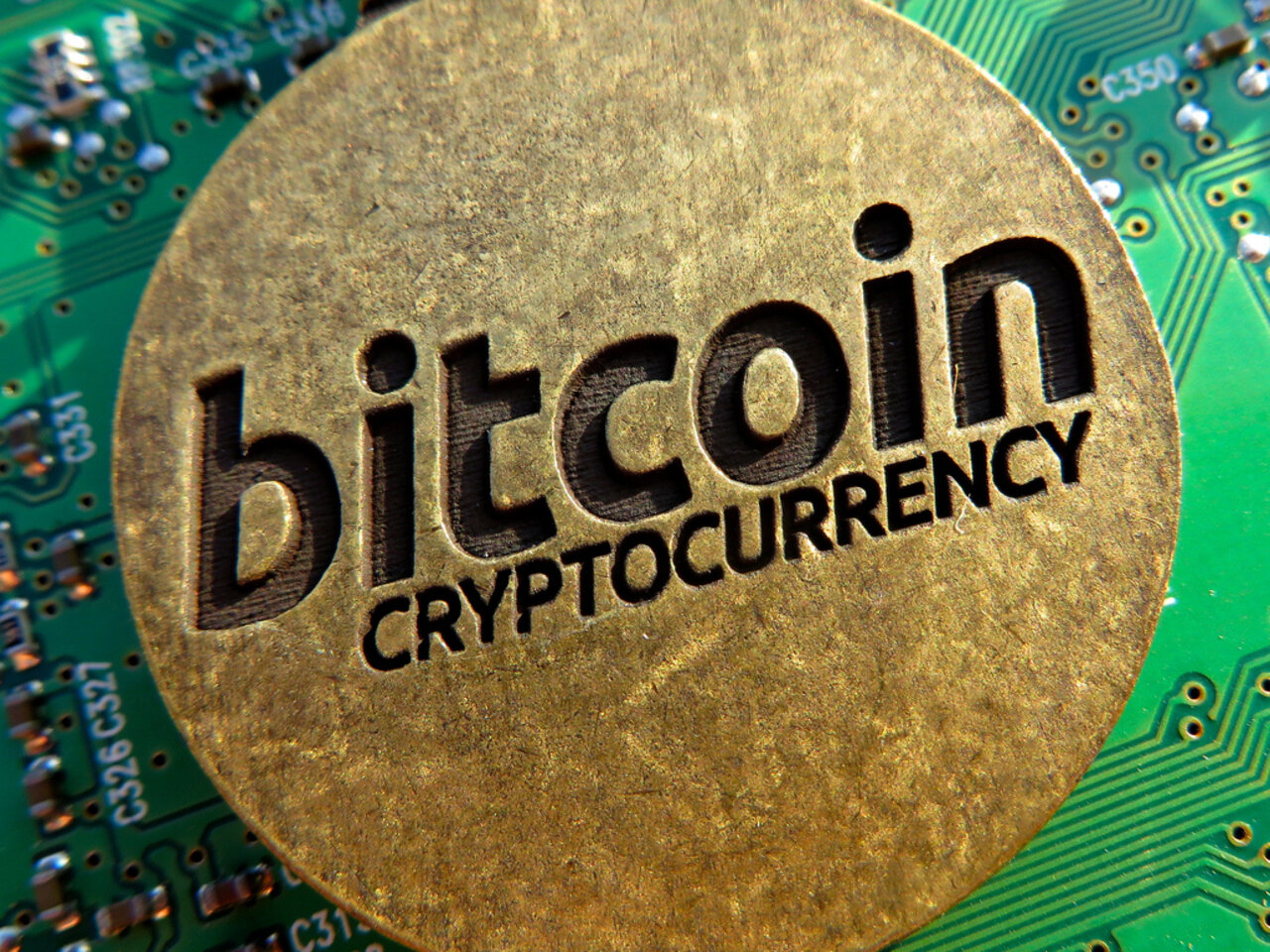 From May 9 to 14, 2021, the cryptocurrency market presents ups and downs, mainly due to the strong correction that bitcoin registered on May 12. About 80% of altcoins registered declines, with the exception of a few whose rises exceeded 40%, according to statistics from Live Coin Watch.

The weekly top is headed by Cardano (ADA), which attracted attention after being offered by its executives as a sustainable alternative for the commercialization of Tesla vehicles.

Next in the weekly top Huobi Token (HT), with the launch of a premium platform for selected tokens; and Polkadot (DOT), on whose platform a derivatives exchange is developed.

The five cryptocurrencies are completed with Stellar (XLM) providing grants to finance 8 blockchain projects; and EOS , which raises about $ 10 billion to create an exchange.

The drop in price is attributed to a tweet from Tesla’s billionaire founder Elon Musk . The businessman announced on the social network that the vehicle company would stop accepting payments with the pioneering cryptocurrency, just weeks after having included bitcoin as a payment method.

Among the arguments for his decision is the alleged environmental impact of Bitcoin through mining . After this announcement, the value of BTC plummeted, with slight increases in recent days.

Ether (ETH), for its part, remained mostly higher during the week , although it registered a correction that takes it down in recent hours, possibly linked to the decline in bitcoin. The price of ETH moved between $ 3,800 and more than $ 4,300 in seven days. On average, it falls 0.9% in seven days.

Despite the slight fall of this May 15, the second cryptocurrency in the market comes from breaking an all-time high this week , by overcoming the psychological barrier of USD 4,000 on May 10.

With the price increase, the market capitalization also grew, the amount of which at times managed to exceed the financial company JPMorgan, placing itself above USD 500,000 million. Ethereum also left large companies behind, tracing in market capitalization to Walt Disney, Walmart, Bank of America (BofA), and PayPal, among others.

Other relevant cryptocurrencies by market capitalization also register ups and downs. XRP lost 13% and Litecoin (LTC) was down 8%. Meanwhile, the price of Cardano (ADA) advances by more than 40%; and Polkadot (DOT) earns 20%. The two cryptocurrencies are in the weekly top .

The Foundation meddled in the public debate that emerged this week after Elon Musk decided to withdraw BTC as a means of payment at Tesla, citing environmental concerns.

“Cardano and Tesla: an obvious combination?” The Foundation wrote on May 13 in a thread of tweets . That same day, the price of ADA – which was already on the rise – began to rise rapidly. Thus, it marked another all-time high, exceeding the USD 1.7 that it had reached on May 7.

For this May 15, the cryptocurrency breaks another milestone by trading at more than $ 2, reaching a peak of $ 2.29. On average ADA rose more than 40% on the week.

The Cardano team took the occasion to present ADA as a sustainable cryptocurrency . “Unlike Bitcoin, which uses a proof-of-work (PoW) mechanism for the extraction of coins, Cardano works from a proof-of-stake (PoS) mechanism,” the message states.

The Cardano network is also preparing for its Alonzo update to be rolled out later this month. With it , smart contracts will be introduced on the blockchain .

As reported by CriptoNoticias, Huobi Prime is a system designed for traders to have access to new cryptocurrency projects. The company notes that these projects will undergo a rigorous selection process to ensure that only the “premium” can be included on the platform.

The relaunch date coincides with the rise in the price of the native cryptocurrency, Huobi Token, which since May 11 began continuous growth . The weekly advance was over 30% , peaking at $ 38.76 on May 12.

The Huobi statement adds that in order for cryptocurrency traders to access the new assets available on Huobi Prime, users should have a minimum of 300 Huobi (HT) tokens for six days , from May 14-19. of 2021.

Polkadot exchange closes financing round for more than USD 6 million
In a message posted on May 13 on its Twitter account, dTrade, an exchange built on Polkadot, announced the closing of a seed round in which $ 6.4 million was invested . The announcement coincided with the price hike of DOT, whose price began to rebound that same day amid the widespread market crash. On average the cryptocurrency gained 20% .

In a Medium post , Three Arrows, DeFiance, Huobi, and Polychain are cited among investors . In this way, dTrade aims to lead the derivatives trading in what it qualifies as the first exchange based on the Polkadot blockchain. “Decentralized technology enables the trading of leveraged derivatives with chain settlement, facilitating trading without custody and counterparty risks,” the company promises.

The Polkadot community is also preparing for the “PolkaDotDecodet” event to be held on May 19 , with the participation of more than 40 innovators and pioneers related to this ecosystem.

In this context, the price of the cryptocurrency has been in constant advance, reaching a maximum of 49 dollars this May 15. As of press time, DOT’s market capitalization is $ 47,325 million and daily trade volume is $ 5,192 million.

Stellar provides more than $ 3 million to finance blockchain projects
Stellar announced that it will award grants to about eight projects that were chosen this week to participate in the Stellar Community Fund (SCF) program. The idea is to award a total of 5 million XLM tokens (about $ 3.5 million) from the seed fund, to help launch blockchain-related initiatives in its ecosystem.

According to a corporate blog post , the 8 projects were selected from a variety of submissions submitted to the Stellar Foundation in the last 3 months.

Meanwhile, the price of the cryptocurrency began a sustained rise on May 7, which reached a peak of USD 0.77 on the 10th. After some corrections that are observed in the following days, the value of XML rises again in the last hours.

“We are committed to delivering the remaining 7 million XLM, allocated for this year’s community fund,” added the Stellar team. It indicates that they have plans to execute two more rounds of the SCF program in the coming months, to award 3.5 million XLM in each one . The first will run from July to September, and the second from October to December.

On average, the cryptocurrency appreciated by almost 15% in seven days. The market capitalization is USD 16,832 million and the daily trade volume is USD 2,028 million.

Block.one raises $ 10 billion to launch exchange on EOS
On May 11, Block.one, a blockchain software company , reported that it had raised $ 10 billion in funding to launch an EOS-based cryptocurrency exchange .

As part of the announcement, the EOSIO developer revealed that the amount raised includes $ 300 million from funds from investors such as Peter Thiel and Mike Novogratz . They also received capital from hedge fund managers Alan Howard and Louis Bacon.

In the framework of the dissemination of this news, the price of EOS – which is in the top for the second consecutive week – gained up to 11% in seven days. Its price ranged from a low of $ 8.89 on May 10 to a peak of $ 14.23 on the same day the information was released.

The remaining capital for financing the EOS exchange, which will be called “Bullish Global,” comes from Block.one’s cryptocurrency holdings. These include 164,000 BTC (USD 7.8 billion at the current exchange rate) and 20 million EOS. Another additional cash injection of USD 100 million was proposed to finance the project.

The market capitalization of EOS is USD 9.9 billion and the daily trade volume is USD 4.547 million.