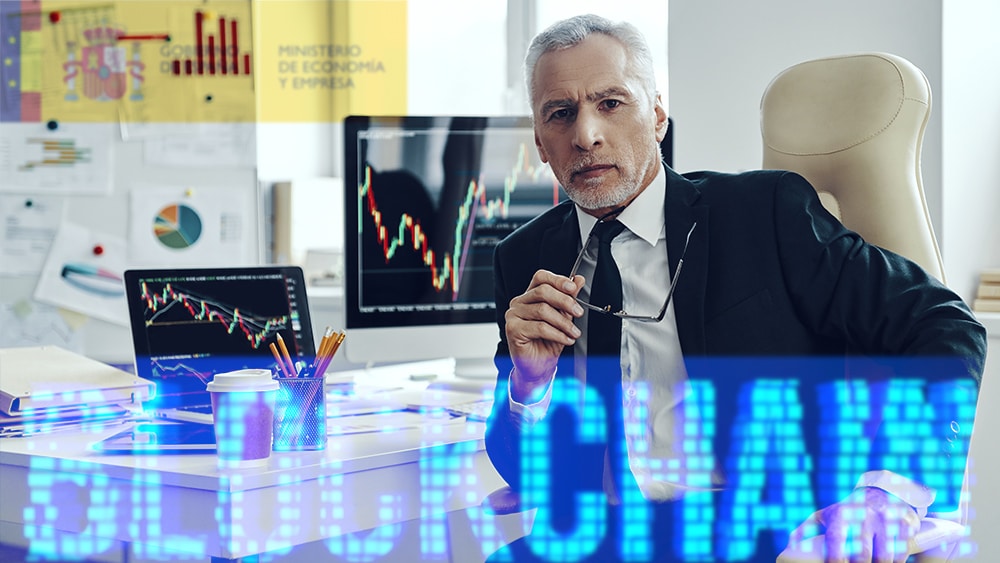 The change aims to register and validate stock transactions with this technology. This modification would allow to reduce the times and costs of the operations.

The Spanish Ministry of Economic Affairs is preparing a reform that would include blockchain technology, so that operations on the stock market do not have to go through a chamber of government administration.

This reform in the Spanish sphere is in line with a project in which the European Union is working. It is a regulation that proposes the merger of operations for registration on a blockchain platform.

With these new regulations, those who operate in the market will be able to use an accounting database that will not depend on a centralized entity and that, in turn, is updated in real time.

The regulations will oblige trading and settlement activities to be carried out through separate infrastructures. On the one hand, there are the markets for trading stocks, debt or other financial instruments, such as derivatives. They are platforms in which investors agree on which asset they sell and at what price.

The second stage consists of exchanging the shares – or the debt or whatever instrument – for cash and changing their ownership. In the EU, all operations go through a central counterparty (BME Clearing, in Spain), which ensures that the buyer and the seller comply with the obligations agreed in the market. Later, another entity, Iberclear, settles the operations and also keeps the securities register.

One of the advantages of incorporating blockchain in the second phase of the process is that the term of payment of brokerages by the clearinghouses is reduced, which in some cases can take several days. In addition, the participation of an entity such as BME Clearing, which has also experimented with blockchain in the past, is reduced .

On the other hand, the benefits will also be economic. According to CincoDías , the economy section of the newspaper El País in Spain, BME Clearing earned almost 67 million euros for this type of services in 2020.

In the economic sense, it should also be noted that some caps are established on the amounts that can be traded on the blockchain. For example, the ceiling will be 200 million euros of market capitalization of the issuer of the shares, while for public bonds the limit amounts to 500 million euros. Likewise, state bonds may not be included and the total limit for each platform will be 2,500 million euros.

Ultimately, it is also clarified that only operators who already have a license will be able to request permission to work in this type of technology. At the moment, according to the cited source, only BME Clearing and Dowgate (an English company) have such licenses.

A successful record in the United States
There are already cases that confirm the viability of the idea of ​​using the blockchain for stock transactions. In the United States, the financial company Credit Suisse and the broker Instinet used the Paxos Trust Company blockchain to carry out operations on the exchange in two hours , as reported by CriptoNoticias in April.

In Europe, meanwhile, testing continues. As reported by this media, the regulatory sandbox carried out by the General Secretariat of the Treasury and International Financing of Spain includes 18 fintech projects in total , of which nine are related to cryptocurrencies and blockchain.