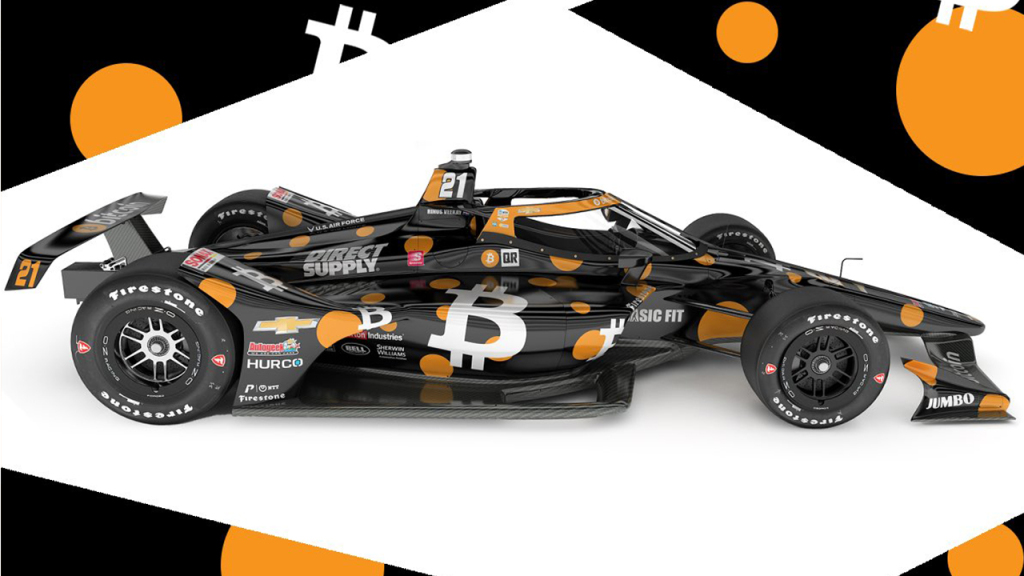 The Bitcoin Car, belonging to the Ed Carpenter Racing team, was eighth in the prestigious Indy 500 race in Indianapolis, led by the driver Rinus VeeKay , who was the rookie of the year of the IndyCar Series 2020.

The Indy 500 or the Indianapolis 500, one of the oldest and most prestigious car races in the United States, had its 105th edition, but this time with a special guest: Bitcoin. The car dubbed the Bitcoin Car, started from the third position, after achieving the qualifiers last week.

In the early stages of the race, VeeKay and Bitcoin Car could be seen leading the race. This strategy led him to be among the first to enter the pit stop on lap 30. However, due to an accident that led to seeing the yellow warning flag, signifying the entry to the pips of the rest of the competitors , caused the Bitcoin Car to lose the lead.

After a 200-lap race, the Bitcoin Car was able to successfully finish the competition, taking a modest 8th place out of 33 competitors.

With the competition over, it remains to be seen whether the Bitcoin Car will continue to compete in IndyCar 2021. The initial proposal, as reported by CriptoNoticias at the time, was only for the Indy 500 race. But there are still nine more races to be held of this season.

It should be noted that the Indy 500 is the most prestigious and most watched race in the IndyCar Series. This comprises a 200-lap race in which more than 30 cars compete. For its 2021 edition, despite the pandemic context, the Indianapolis racetrack managed to agglomerate about 135,000 people corresponding to 40% of the total capacity.

The objective of this initiative is to give greater visibility to Bitcoin in one of the races with the largest audience in the world. This in order to get more funding for the development team of the Bitcoin Core client. The strategy established the division of funds at 30% for the Bitcoin Car team and the other 70% would go to the Bitcoin developer team.

As a result, people like Michael Saylor, CEO of MicroStrategy, was part of the Bitcoin Car Pit Crew , donating $ 250,000 to the cause. This was also joined by Sam Bankman-Fried, founder of the FTX exchange, who promised to donate $ 100,000.

Similarly, Ed Carpenter published a BTC address where individuals could make their donations, which, at the time of writing, has raised about 2 BTC.

This type of support, as Ed Carpenter himself points out, seeks to support Bitcoin Core developers who “make the world a better place” and who work on “our ability [as people] to have independence and financial freedom” .