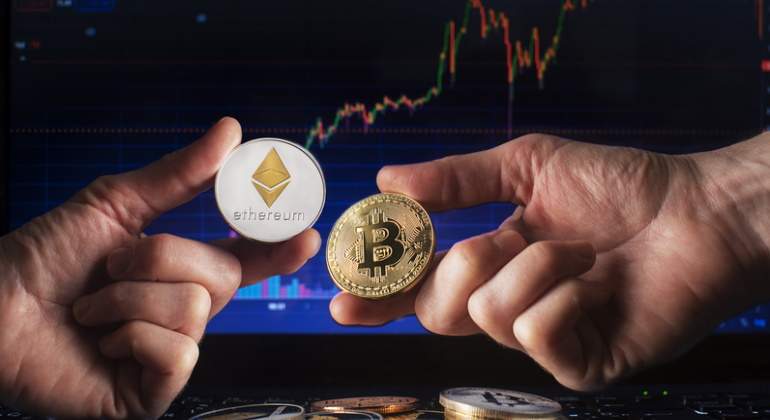 The experts consulted by Bloomberg warn that a change is occurring in the relationship between bitcoin, the world’s largest digital currency, and ethereum, the second largest cryptocurrency. A change that has made analysts keep an eye on whether it is a momentary event or the beginning of a new stage for both currencies.

“The relationship pattern between the top two cryptocurrencies has just changed and may be something worthy of attention. For the past few weeks, ethereum has been seen as a high-beta (high-correlation) bitcoin. When bitcoin rose, ethereum rose more. When bitcoin fell, ethereum fell even more, “the experts said.

However, over the past two days the world’s largest cryptocurrency has risen 12% , while ether has been flat. “We’ve had a huge spike in bitcoin and at the same time the relationship between the two currencies has plummeted. Anyway, it’s something to watch out for to see if this is the beginning of a new narrative or a problem of one day, “say the experts consulted by Bloomberg .

In general, after the setback that cryptocurrencies experienced in May, a lot of attention has started to be paid to the relative strength of ethereum. Bitcoin falls 40% from its all-time high on April 15, above $ 63,410. So far this year the digital currency rises only 30%. For its part, the second largest cryptocurrency in the world falls 37.8% from its maximum level that marked on May 11. Since January, ether has risen 248%.

For their part, JP Morgan analysts warn that the backwardation that is taking place (this structure occurs when the current price is higher than the prices that are negotiated in the futures market) is a reason for caution.

“We believe that the return to backwardation in recent weeks has been a negative sign pointing to a bear market,” the strategists said. They also added that bitcoin’s relatively depressed share of the total crypto market value is another troubling trend.

The largest currency in the world needs to exceed 39,460
Analysts at the investment house say traders are waiting for the next catalyst to break the current range of $ 30,000 to $ 40,000 that has been in place since the collapse that followed the record of almost $ 65,000 in April. Although JP Morgan also notes that the bulls rose “a bit” on Wednesday after El Salvador made bitcoin legal tender.

The world’s largest currency “needs to break above 39,460 (currently $ 37,777) and the top of the recent range to really attract, we will need to see a breakout here for the bulls to feel like we are out of this period of vulnerability,” he said. Chris Weston, Head of Research at Pepperstone Financial Pty.