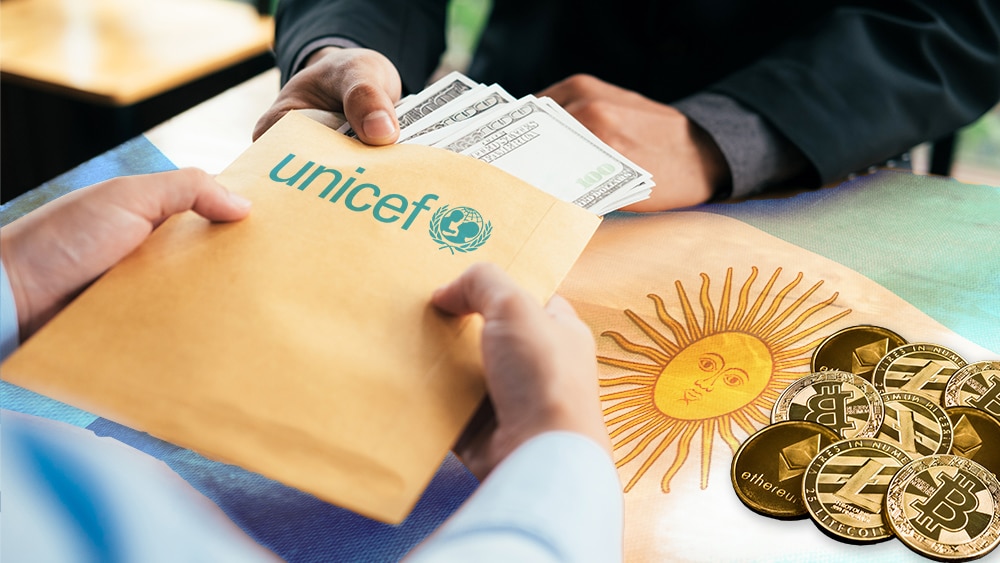 Unicef ​​invests 44 ethers for more Argentines to access cryptocurrencies. The funds will be delivered to the firm Xcapit. The company will have a section for raising money in cryptocurrencies for charity.

The United Nations Children’s Fund, better known as Unicef ​​for its acronym in English, announced the financing of a startup in Argentina with up to USD 100,000, which will be delivered in ether (ETH). The objective is to promote financial education for sectors of the population that do not have access to these services.

The company benefiting from this UNICEF initiative, coordinated through the Investment Fund and CryptoFund of the organization, is Xcapit, based in Córdoba. In addition, the project also encompasses five other firms from Mexico, India, Nepal, Kenya and Rwanda. This seed capital investment will be used to promote and inform about the various investment methods based on new technologies in Argentina.

Xcapit is a platform that links to a Binance account to generate investments through an artificial intelligence (AI) method. There are different investment plans and models that each user can choose according to their possibilities and preferences.

The company was founded in 2018 and, according to the article published by Unicef ​​Innovation Fund, it will receive 43.78 ether (ETH) for the development of its services for the 1.7 billion people who do not have access to these facilities in Latin America.

On the website of the venture, reference is made to its collaboration with the UN, and the following message is added: “We are building a blockchain platform powered by AI, which fosters a culture of savings and investment among young people.” One of the ideas of this project is that Xcapit has an area dedicated to raising funds in crypto to allocate to community aid in Argentina.

UNICEF and its use of cryptocurrencies
The Unicef ​​Crypto fund (whose official name is UNICEF Cryptocurrency Fund) was launched in 2019 and, as the organization itself announces , represents the first initiative of its kind in the United Nations. It is part of the Unicef ​​Innovation Fund , which to date has contributed 110 startups from 57 countries with a total of more than USD 10 million.

In a dialogue with Clarín newspaper , Cecilia Chapiro, investment advisor at the Crypto fund, explained that “few people associate UNICEF with blockchain, with technology, with cryptocurrencies. But precisely in my area we seek to explore how these emerging technologies can generate a positive impact on the world.

In that sense, Chapiro added that all the companies in which this area of ​​Unicef ​​is interested “have a technological base, especially in virtual reality, data science, internet of things , drones and blockchain.”

As CriptoNoticias reported, these financing have also occurred in previous years , and several Latin American companies have received contributions. Such is the case of OS City, a Mexican startup that seeks to advise governments to offer services to their citizens based on blockchain technology. Likewise, Cireha, from Argentina, and Afinidata, from Guatemala, have been other projects supported in the region during 2020.