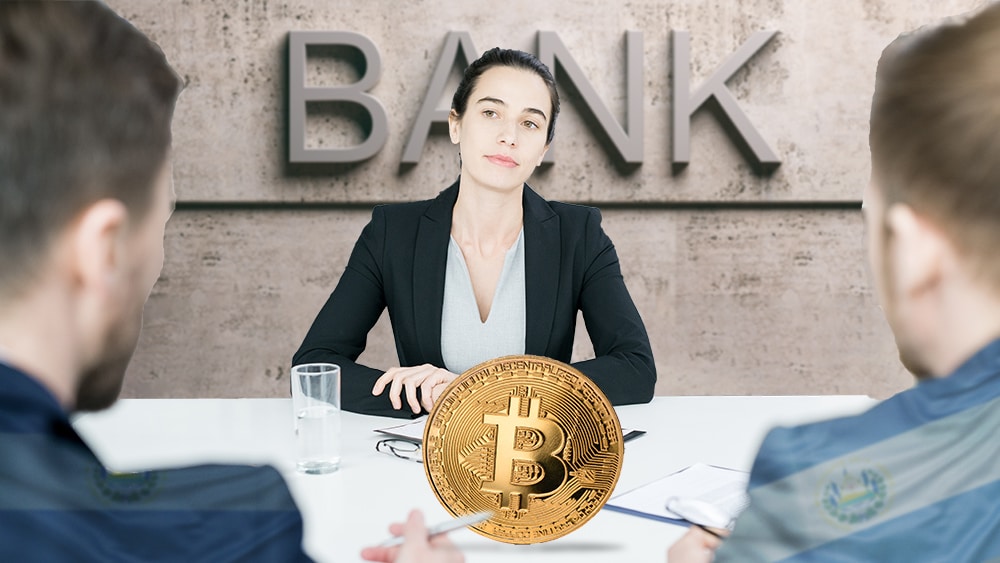 El Salvador went from applause to criticism, within the bitcoiner community , after revealing that it will adopt bitcoin (BTC) as legal tender. Following the surprise announcement, released in Miami on June 5 by President Nayib Bukele, the Central American country is now the target of questioning.

The nation announced that it is seeking technical “advice” on cryptocurrency and its implementation. The problem is not that he looks for them, the point is that he is looking for them in the banks , a kind of nemesis of Bitcoin as a digital system that, after the 2008 financial crisis in the United States, came to transform the way of seeing money .

In its most basic concept, Bitcoin was conceived to dispense with financial institutions as intermediaries or trusted third parties. The main cryptocurrency, along with the network that gives it life, empowers people over any type of government or financial institution, a law is not necessary for it to work or be accepted by banks.

Now El Salvador is asking the banks for help to offer assistance in its regulation and operation. The government has already knocked on two doors: those of the Central American Bank for Economic Integration (CABEI) and the World Bank, two entities unrelated to Bitcoin and that have no experience with cryptocurrencies.

CABEI’s own executive president, Dante Mossi, explained on Monday that the bank is just putting together a team of “experts ” in Bitcoin to meet El Salvador’s request. In other words, the bank alone is not in the capacity to guide the country in its adoption of BTC, an aspect that draws attention considering that the Bitcoin Law comes into effect in less than three months.

The bank’s lack of experience with how BTC works was highlighted after Mossi indicated that they will request information from their partners in Spain, South Korea and Taiwan about digital assets. In other words, the help would not be immediately available because, according to the executive, there are not “many Bitcoin experts” either.

World Bank without advice on bitcoin
Perhaps due to this situation with CABEI, El Salvador immediately knocked on the doors of the World Bank. During a press conference on Wednesday June 16, Salvadoran Finance Minister Alejandro Zelaya revealed that the country requested “technical assistance” on bitcoin from the multilateral body.

El Salvador, and its pro Bitcoin policy, has become the center of attention within the bitcoin universe. Source: CriptoNoticias
The response his team received was negative. The bank explained that it is not something it can support due to environmental considerations, due to Bitcoin mining , and transparency. However, the World Bank’s decision could be related to two other aspects: the first is that it would not be interested in an adoption of this type with assets that it cannot control and the second would be because of the little time it has been experimenting with cryptocurrencies.

CriptoNoticias reported in April 2019 that the bank, in conjunction with the International Monetary Fund (IMF), was just creating a type of cryptocurrency to find out how they work. The researchers would have developed a learning cryptoactive, without value in the market, with the goal of knowing the dynamics of the so-called distributed ledger technology (DLT) or blockchains.

Bitcoin rollout on the go
The way in which this type of “advice” is being sought shows that the adoption of bitcoin in El Salvador is being planned on the fly. Not as a process debated between various local institutions, but as a direct proposal from the presidency.

With the countdown activated for the execution of the Bitcoin Law, it is likely that El Salvador will ask for help from other organizations. The funny thing is that these requests, at least the ones that have been made public, have not been to bitcoin companies .

The exception could be the closeness between Bukele and Jack Mallers, founder of the startup ZAP Solutions, the company behind the Strike remittance application. The app , which works on the Lightning network, would be one of the spearheads for the adoption of BTC in El Salvador.

In fact, ” official delegations ” or pseudo “ambassadors” of Bitcoin have begun to arrive in the country to find out what the adoption is about. This is most likely to promote their businesses under the banner of BTC education. Among those who have landed is the controversial Brock Pierce of Block.One and the defunct Bitcoin Foundation.