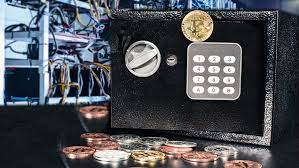 As several analysts have already reported, investors are accumulating more and more bitcoin (BTC), something that miners are also doing today. Instead of acquiring more fiat money to cover operating expenses, they seem to be selling less and less BTC, expecting further bullish movements in the price of the cryptocurrency.

Data from Glassnode shows those low volumes of bitcoin flow from miners, with levels as low as 1, 5 or 8 months ago , depending on the graph that is being evaluated.

The multiple flow, for example, is at a minimum of 8 months , according to one of the graphs of the research firm. This index, Glassnode states on its website, “indicates periods in which the amount of bitcoins flowing from miners’ addresses is high relative to its historical average.” This index is defined based on the relationship “between the miners’ outflow and their 365-day moving average.”

The drop in value corresponds to a decrease also in the total of BTC moved by miners, not only with the fall in the price of the cryptocurrency in recent weeks. This week, the 7-day average was at its lowest in a month, with just over 47 BTC moved by miners on average.

It is striking that just a few weeks ago, miners were moving up to twice as many bitcoins as they are today , as that graph shows.

Bitcoin in purchase and accumulation zone
The accumulation behavior of bitcoin has been consolidating in recent weeks. Glassnode herself has insisted on this situation in market newsletters and network behavior, as reported by CriptoNoticias.

According to analysts, the uncertainty over the lateral behavior of the bitcoin price has not made a dent in the interest of investors , who have been holding on to their BTC, while they await further bullish movements.

Meanwhile, value transfer activity on the Bitcoin network has been declining to levels not seen since 2018, in the midst of the bear market. This is not necessarily decisive on market movements, which is based on speculation that is mostly carried out on exchanges. However, it is often seen as a sign that BTC holders are saving it , while waiting for new highs.

As this newspaper reported earlier this Friday, June 18, there are indications that the cryptocurrency would have to rise again and explore new price highs this year. According to estimates by researcher Willy Woo, BTC is currently up to 30% below its ‘fair value’, which could point to a rise in the coming weeks.