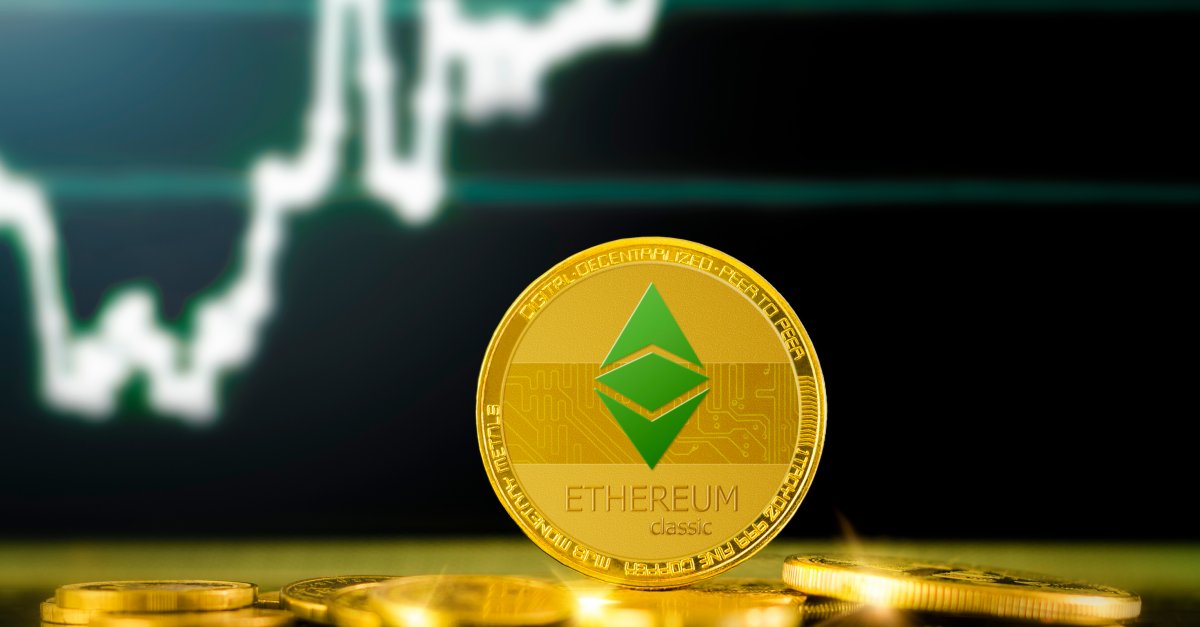 The modern platform for working with blockchains – Ethereum has been functioning on the crypto-focused market for only a few years, but during this time it has managed to undergo several changes and stand out in some separately functioning directions. The operation principle of the standard and basic solutions are based on identical technology, the reason for the separation was a hacker attack and the subsequent hard fork. Working with Ether Classic, the prediction for 2022 assumes a planned growth of the exchange rate and attracting more potential customers.

ETC as the digital asset operates on the grounds of the eponymous decentralized, open-source platform that implements smart contracts. The token was created after the branching of the Ether blockchain, becoming its extension. The hard fork turned out to be the solution to the ETH community as a means to restore funds and reputation.

It was the introduction of a novel rule into the digital ledger, a so-called update of the software. Thus, the code with the algorithms work changed, and new technologies were introduced. Thus,  the digital ledger was split into two, when the Ethereum community refused to follow the previous protocol.

The 2016 Ether hard fork was generated to compensate financiers of The DAO – smart contract that works as a project fund, a hacker attack on which allowed them to withdraw about $50 million. The focal problem is the percentage of stolen tokens to their total number. Hard fork facilitated the creation of a novel blockchain branch, in which the illegal transactions became invalid. Part of the members, which prioritized the principles of decentralization over compensation for losses, opposed the hard fork and went on using the classic network, renaming it — Classic Ethereum.

Ethereum Classic is a fully decentralized EVM or Turing-complete virtual machine,  which executes the programs on the network’s public nodes. From a technical viewpoint, thanks to the proprietary ETC compiler, it is much easier to adjust smart contracts.

The ETC blockchain’s main functionality is a smart contracts-based network that can generate and operate decentralized applications called DApps.

How to Create an ETC Wallet

As with almost any cryptocurrency, there are several options where to store Ethereum Classic. Many crypto wallets support the coin. Among them there are:

You can also get started with ETC easily using ETC wallet online service. This mono ETC wallet is probably the best solution for fast transactions if you don’t plan on storing large amounts.

Several independent designer teams are controlling the support and improvement of the coin network at once, there is not just one centralized management. A part of the network nodes run on the Parity client, some-on Geth Classic.

Among these teams there are:

The Complexity of the Classic Ethereum

In 2017, the hard fork named Die Hard was held, averting the mixing of Ether, ETC transactions. This hard fork successfully suspended the “complexity bomb” rooted in the ETH code to exponentially upsurge the complexity of hashing and the procedure of calculating the network’s novel blocks. Unlike the main ETH network,  ETC does not plan to switch to PoS.

Ether Classic, like regular ETH, operates on the Ethash – Dagger-Hashimoto algorithm. AMD and Nvidia graphics cards (GPU) for 3-4 GB and higher, along with special Asics are appropriate for mining. Users can hash ETC using the power of a PC without assembling huge farms and substantial energy consumption.

Important! When choosing an Ether Classic pool for mining, check the amount of computing power in the network along with miners. If more people hash the coin in this pool, the search for the essential block becomes faster and,  the more efficient the work process becomes.

Mining ETC is profitable since the hash rate of the network is less than that of the original version. You can estimate the profitability for hashing Ether Classic using any mining calculator.

The creators of ETC are optimistic in their predictions. Regardless of the point, that the reputation of the digital ledger has significantly suffered because of hacker attacks, the network shows stability and positive dynamics of growth. The focal question is further security: if the developer teams can secure the blockchain and appeal to the DApps creators, this network will advance.

The value of the token is growing quite steadily, experiencing other small corrections. Since the beginning of 2021, the price has increased by almost 1800% and in the first weeks of May, it approached the $110 mark. Why has Ether Classic grown:

What will Happen to Ethereum Classic in 2021

The classic version of the “Ether” has several advantages over the separated analog. These points can serve as a good reason for financial investments of investors:

The above factors open up new prospects for the further development of the direction and large investments. A parallel analysis of the changes in the value over the past year also indicates a stable appreciation of the exchange rate.

Will the Rate Increase?

Operating with the Ethereum Classic cryptocurrency, the forecast for 2021 is favorable against the dollar. Modern technical and software tools allow you to exchange modern electronic currency between each other and for real money, while both Ethereum options are in high demand and can become a direct competitor to Bitcoin.