SafeEarn To Rebrand Into “EarnHub,” Write a New Chapter on Passive Income

by admin // in Crypto News 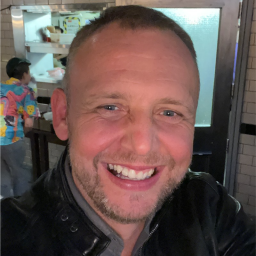 EarnHub to leave SafeMoon behind to allow reflections in ANY token in addition to their inventive staking opportunity, Reflection Backed Liquidity Offerings (RBLOs).

ROCK SPRINGS, WY, October 23, 2021 – Building on the success of passive income through RBLOs, SafeEarn continues to innovate with the launch of passive rewards (reflections) in any token, a new development not before introduced to the Binance Smart Chain. To commemorate this development, SafeEarn is leaving behind their initial use case of reflecting passive rewards in SafeMoon and rebranding into EarnHub, a name worthy of the possibilities opened through their earning platform. EarnHub is held by over 15,000 addresses, 194,000 transactions, and is up in price over 1800% since launch.

The launch of the new platform goes live Oct 20, which will take their dApp out from Beta and into a v1 version – leaving an open door for continued innovation.

Some of the new features to be released with the rebrand into EarnHub:

These new updates have been long-awaited by holders who are finally being rewarded with a new direction for the cryptocurrency.

According to Almighty Rover, EarnHub founder and CMO, “38 million people go hungry every year due to inaccessibility of funds to purchase food. An important aspect of EarnHub is appealing to those who need a way to passively earn income, so they can afford the things needed most in life without having to sacrifice hours to work every day – time that is better spent taking care of important responsibilities. These new developments will improve EarnHub’s ability to reward holders from all walks of life, no matter how much money is invested.”

The decision to leave behind SafeMoon reflections did not come lightly. After 3 months of being on the market and purchasing over $2,000,000 worth of SafeMoon to reward holders, SafeMoon opted not to partner with EarnHub – this made the decision to move forward in a new direction obvious. Because of other tokens such as EverGrow Coin utilizing their contract and copying their wording, EarnHub needed to change drastically.

EarnHub’s CEO, Astro, says, “This is an important step to become untethered to the name of another token and grow into something special. By removing SafeMoon as the default, it enables new investors to become interested once again. Holders who initially came to us looking for SafeMoon rewards will not lose the ability to continue doing so either. It’s a win-win for all involved. We need to strive for unwavering commitment to EarnHub’s holders.”

The rebranding currently will not come with a relaunch. The token name will remain as $Safearn, with EarnHub being their front-facing brand.

See the new developments for yourself here!

Stake your Safearn tokens and earn any of their partner tokens right on their dApp.