Cryptocurrency regulations to soon be revealed for Britain

The United Kingdom government is expected to introduce regulations for the cryptocurrency market. But, contrary to speculations, they seem to be coming for the good of the market. 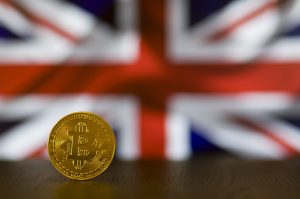 CNBC just revealed that the government of the UK is soon to bring forth regulations for the cryptocurrency marketplace.

According to anonymous sources, Rishi Sunak, the Finance Minister, will officially break the news in the following weeks. The news channel further reveals that though nothing is conclusive, the plans will benefit the market by offering much-needed legalities in the industry.

The lawmakers in the government have shown pragmatic interest in getting to know the market, especially the stablecoins that rely on existing fiat currencies such as the US dollar for value derivation. One prominent consulted name is the cryptocurrency exchange Gemini with a US dollar-pegged stablecoin.

Stablecoins have risen to great significance for governments all over the world as cryptocurrencies continue to roar globally. Tether, for example, in merely two years, has grown by $76 billion in supply circulation.

However, the lurking concern with such stablecoins is the potential lack of reserves that back them. Regulators fear that this leaves room for money laundering and other illegal possibilities.

At the same time, regulators cannot fully expose their financial systems to regular cryptocurrencies like Bitcoin and Ethereum. It has become an even more sensitive topic courtesy of sanction evasions in the Russia-Ukraine conflict.

Given the global scenario, the Bank of England pushed the government to introduce cryptocurrency regulations that safeguard the country’s financial stability.

England’s call to action seemingly links to the American President’s executive order for crypto regulations. Several industry insiders expressed their dismay at the UK not following in their footsteps.

Several companies, including Blockchain and Revolut, could seize to operate in the UK if they cannot qualify for the FCA’s cryptoasset register by March 31st. According to the FCA, only 33 companies are currently on the register. The majority of cryptocurrency companies have either failed to meet the anti-money laundering standards or have withdrawn the application.

About the author, Mahroze Malik

It all started when I was in the 3rd grade, to be honest. Every Wednesday was Creative Writing day in the English class. I remember being completely submerged into writing essays after sharing ideas with my friend Ibad. That's it, that is my origin story.